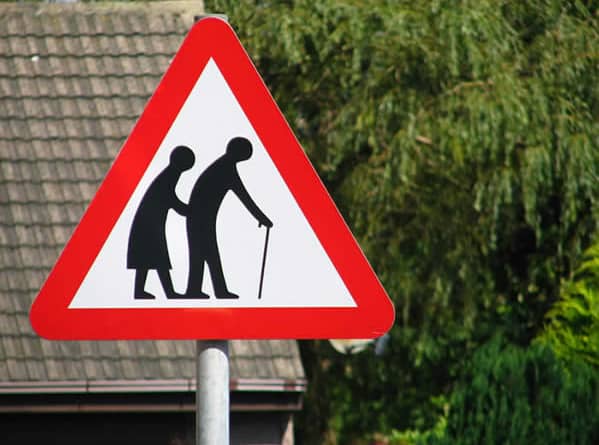 Western European populations have been growing older and older by the day over the past few decades, and financial institutions offering pensions are not very excited about this development. Why, you wonder? Because it is unknown how old people are likely to become, and this “uncertainty regarding the future development of mortality” [1] called longevity risk can be a significant risk for the financial institutions mentioned above.

For financial institutions offering pension products, mainly insurance companies, remaining solvent is of importance. An insurer is considered solvent when the company is able to meet its long-term financial obligations, while taking into account the risks such a company is exposed to. In order to ensure that insurance companies across Europe limit their risk of insolvency to a desired level, the European Insurance and Occupational Pensions Authority (EIOPA) has proposed the Solvency II Directive, both to harmonize EU insurance regulation, as well as introduce risk-based regulation more tailored to the risk profile of the respective insurance company. Longevity risk is one of the risks present in an insurer’s risk profile.

Insurers offering pension products have to take longevity risk into account when assessing the future liabilities of their portfolios, since longevity risk cannot be diversified by pooling (a form of risk management) and is hardly hedgeable because of a small and illiquid market to securitize this risk. Longevity risk is especially relevant for insurers because underestimation of future life expectancies are a worldwide phenomenon, and the consequences of underestimation for an insurer’s solvency can be severe.

Solvency II describes two ways for an insurer to calculate the SCR for longevity risk: the first is a standard formula decreed by Solvency II based on a one-off shock on all mortality rates; the second is a stochastic mortality model (referred to in Solvency II as an internal model) which is able to estimate and forecast future mortality rates and the uncertainty in the forecasts. Multiple stochastic mortality models have been developed over the years, but the most well-known model was proposed by Lee and Carter in 1992 [2]. This model is a relatively simple model which extrapolates a time trend in mortality rates, and will be explained in more detail further on, as well as both methods to calculate the SCR described in Solvency II.

The goal of my thesis is to find out whether the results from both methods, the standard approach and using an internal model, give significantly different SCRs. If that is the case, it could be of interest for an insurer to either use the standard formula, or build an internal model, dependent on the insurer’s interests. Insurance companies could wish to hold less buffer to be able to pay more dividend to their shareholders. In order to do so, first the Lee-Carter mortality model is estimated and simulations of future mortality scenarios are generated. Afterwards, the SCR is calculated using some simplifications proposed in Solvency II for both the standard method and the internal Lee-Carter model. A sensitivity analysis is also salient to check whether the results are robust with respect to a number of input parameters.

In 1992 Lee and Carter came up with a stochastic mortality model, which has from then on been dubbed the Lee-Carter model [2]. To be able to understand this model, some notation is introduced:

Defining the log mortality this way assumes there is a time trend in the log mortality rates, measured by κt, which affects individuals of different ages in its own way through βx, in addition to the average level of mortality at a certain age, measured with αx, and the error term being εx,t. Besides giving point estimates of future mortality rates, the model also allows for the computation of confidence intervals, a significant feature for the goal of this thesis.

The literature finds that κt is usually linear, which implies that gains in life expectancy are relatively constant each year in most Western European populations. The mortality data used to estimate the parameters of the LeeCarter model is published and updated each year by Statistics Netherlands. The Dutch one-year death probabilities are given in the form of gender-specific life tables and available from the year 1950 up to 2013. In these tables the maximum attainable age is set at 99.

With a set of future mortality scenarios at our disposal, it becomes possible to determine the SCR for longevity risk as posed in Solvency II using the internal model approach, although some simplifications are proposed to limit the computational load.

First, we calculate the liabilities that the insurance company has to hold for its portfolio [1] in case the best estimate mortality rates are the realized rates in the future. This boils down to determining how many people of which ages are alive at the end of each year, and determining what has to be paid to these people at the end of each year, discounted to the present value 1A basic portfolio is used, of which the age composition is normally distributed with mean 45 and standard deviation 12. This portfolio composition somewhat resembles the Dutch population’s. in case participants have not reached the retirement age of 65 yet. The payment at the end of each year to each participant is set to 1 unit. Interest rate risk and investment risk are disregarded for this research, in order to focus on longevity risk specifically. The result is that for each year from 2014 onwards we have calculated the amount of money the insurer has to pay from that year on, discounted.

As one has probably realized by now, the above methods are quite different, and one may wonder how Solvency II decided to assume the 20% shock to represent a 99.5% Value-at-Risk. Many insurers have opposed the 20% shock, arguing it is too high to be realistic, even for a chance of 1 in 200. The results in the next section can give more insight in whether the insurers’ concern is valid or if Solvency II’s approximation for the 99.5% VaR makes sense.

The results of the stochastic mortality model have been summarized in Table 1, which displays the expected remaining lifetime for males and females aged 0 and 65, and the 99.5% Value-at-Risk and Solvency II shocked values of the remaining lifetime.

It is quickly observed that future life expectancies will increase according to the Lee-Carter model. Furthermore, the discrepancy between the 99.5% quantile of the life expectancy and the Solvency II standard approach life expectancy is significant. This already seems to indicate that the Solvency II standard formula is perhaps relatively prudent with its 20% shock. The baseline results of the SCR calculations are given in Figure 1, with the SCR given as a percentage of the best estimate value of the liabilities.

From the graph it is easily seen that the internal model approach gives a far lower SCR than the Solvency II standard approach. It seems reasonable to conclude that the 99.5% VaR approach gives lower buffers than the Solvency II standard approach and that perhaps the 20% shock is too strict, but there is a relevant discrepancy between these two methods: the internal model as described above does not account for the uncertainty in experience mortality. Experience mortality, also known as portfolio-specific mortality, is the phenomenon of adverse selection in insurance: insured people generally have lower mortality rates than the rest of the population. However, it is difficult to determine how much lower these mortality rates are, thus there is uncertainty in this level. The Solvency II standard formula does account for the uncertainty in the mortality level of an insurer’s portfolio participants.

We see that the size of the SCR of the internal model has increased to a fraction smaller than the Solvency II SCRs. This indicates that the influence of experience mortality is significant and plays a relevant part in an insurer’s risk assessment.

The results indicate that the 20% shock proposed in Solvency II might be too prudent, and that insurers seeking to decrease their buffers can do so by developing an internal model. However, the influence of experience mortality’s uncertainty is sizable and should definitely be taken into account in any insurer’s risk assessment. Other aspects which influence the SCR considerably include the age composition of the portfolio, amongst others. However, it would be relevant to research the impact of experience mortality’s uncertainty more thoroughly and to consider the results using a different mortality model.