Now that summer has come, it was time to interview another three researchers the department of Econometrics and Operations Research has to offer. First of all, we have chosen to interview Jalal Ashayeri, whose research focuses on the applications of OR/MS to supply chain management problems. Secondly, the research and book of Kuno Huisman, part-time researcher, part-time employee of ASML, are discussed. Thirdly, we discuss the diverse research of Bertrand Melenberg, who seems to be able to apply econometrics to any field he wants. 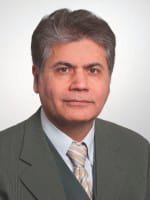 Supply Chain Management is the main topic of Jalal Ashayeri’s research. Although this might sound quite specific, it definitely is not. Projects in the past have included various industry sectors like healthcare, petrochemical, pharmaceutical, distribution logistics and warehousing, automotive, and electronics among others. All of these projects stem from a practical question, which is very important for Jalal. He is particularly interested in practical oriented research. The models and solutions that are developed in the process can then be generalized to be applicable to a class of problems. So in fact, Jalal does some theoretical research, but never without a practical cause.

Jalal enjoys the similarities between consulting and his current work. He does think, however, that working with companies from the university has some advantages over being a consultant. For one, he mentions that consultants tend to have little time to develop extensive models to come up with a comprehensive solution and are usually hired to solve a firm’s problems very quickly or confirm a firm’s own solution. He, on the other hand, is usually approached to solve problems firms foresee in the future. In fact, he is solving problems that might not even exist yet but are foreseen in the future.. Therefore, sufficient time and space is available for a thorough analysis.

An example of this is the current research of one of the master students he supervises. The student is currently working on a revenue management problem for SBS Broadcasting. They do not actually have a problem, but instead feel like their current advertisement revenues could be further optimized. To aid them, the student is currently developing a model to maximize their advertisement revenues.

Supervising PhD students and master thesis students is something Jalal definitely enjoys. He tries to keep in touch with them as much as possible, whether they decide to stay in the academic world or join a company. Through this, he has created a vast network of acquaintances with whom he regularly speaks. This network is very important, since it brings him the vast majority of his projects, whether they stem from old students now working for a firm with a problem, or a fellow researcher looking for a collaboration.

One of the projects he is currently working on with a PhD student is truly innovating. It considers downsizing of firms from a supply chain management point of view. This is new, since up to now, the downsizing of firms is mostly looked at from an accounting point of view. Jalal, again, got interested in this subject because of a practical example. Several years ago he had revised the supply chain for a certain factory and made it very efficient. Sometime later, he found out that the factory was being shut down, in spite of the implementation of the efficient supply chain. This made him wonder whether the performance of a factory’s supply chain is even considered in the downsizing of a firm.

In conclusion, although Jalal’s research is only focused on supply chain management, it covers most aspects of society. Together with master and PhD students, he explores the supply chain side of manufacturing and service industries alike. We thank Jalal Ashayeri for a glimpse into his version of the life of a researcher.

Kuno Huisman only spends one day a week at Tilburg University and spends the rest of his week at ASML as head of decision support. He works closely with the board of management there and advises them on important decisions with quantitative analyses. Although he does not use the theoretical models he develops in this job he does in fact use quite a lot of the same ideas. For him, his current life represents the perfect combination between theoretical and fundamental research and the practical application of this. He would not want to givethis up for the world.

Naturally, one wonders how he might have ended up with such a great combination. Kuno tells us that he was inspired by Peter Kort to become interested in research while studying econometrics in Tilburg, after which he obtained his doctorate under his supervision in 2000. He then started to explore the business side of life by working at CQM. He missed doing research while working there, but fortunately he was offered a job for one day a week by Peter Kort a couple of years later. After that he switched jobs to start working  for ASML. This brought him to the wonderful place he is right now.

The main topic of both his and Peter Kort’s research is real option theory combined with game theory. The field of real options considers the optimal timing of investment and develops a criterion to base investment decisions on. Kuno’s research mainly concerns extensions of the models that already exist. The dynamic of investment decisions changes, for example, when one considers multiple firms in the market. What is optimal if another firm decides to invest? Do you immediately invest yourself or wait for information on how the invested firm is doing?

There is one project Kuno is particularly proud of, his doctoral thesis. Besides the traditional printing for personal use, he also published it as a book. This book was one of the first, if not the first, to formally define and bring together the concepts in the field where real option theory and game theory are combined. His book is even recommended by several professors around the world to their PhD studentswho need a good foundation in real option theory. Whenever Kuno attends conferences, he is regularly recognized as its author, which is not only a nice recognition, but also a slight advantage for the PhD students he supervises.

We thank Kuno Huisman for sharing his experiences on combining research and working for a company.

One of the more diverse researchers of the EOR department can be found in the person of Bertrand Melenberg. He does not conduct research in one area specifically, but instead works on several projects that are as diverse as one can imagine. Most students will probably know him from the course Introduction Finance (and Actuarial Sciences) in the first year and expect him to conduct research in this field. This is more or less true, as one of the projects mentioned is indeed in the field of financial econometrics. Two other projects, however, include environmental research and robust optimization.

The project on financial econometrics, jointly with Geng Niu, is mainly about predicting longevity risk. Instead of extrapolation, which is a common method for predicting longevity risk, this project tries to explain longevity risk with an econometric model based on several factors. An advantage of using this method is that one can implicitly include the correlation of longevity risk between several countries in the model. Whereas this correlation clearly exists in practice, i.e., if a revolutionary medicine is discovered in Belgium people in the Netherlands will also tend to live longer, it is hard to include this correlation in models. In this particular project this is mainly done by including the GDP of said countries in the model. Since the GDP of countries also moves together, especially when they’re geographically close, this results in the wanted correlation. Moreover, the correlation between GDP and longevity risk is quite high as well, which makes it a useful factor to include. Of course, there are also some things a research project cannot consider. For instance, no conclusions have been drawn on the nature of the relationship between longevity risk and GDP. It might be a causal one, but the specifics remain unknown. A high GDP could result in high longevity risk because of better medicine, but high longevity risk might also result in a high GDP due to increased productivity.

Besides research in the field of financial econometrics, Bertrand also conducts research in different areas. Of course, his skills in econometrics are also put to good use in these fields. A good example of this is the environmental research he has done. In this project the effects of carbon dioxide and other air pollution on the temperature was investigated. Among the other air pollution there are so-called aerosols, among which sulfur dioxide. While carbon dioxide increases the temperature on earth due to the well-known greenhouse phenomenon, aerosols result in a lower temperature since they block sunlight. This project was primarily concerned with government policy on reducing air pollution. Since the effect of aerosols is a local one and the effect of carbon dioxide is global, lower air pollution might actually result in a higher temperature in a certain area. If, for instance, the Netherlands has very strict regulations on air pollution, but China keeps up the pollution, the air above the Netherlands will still be littered with carbon dioxide, whereas there will be few aerosols, resulting in a high temperature.

The last project is a good example of the fact that inspiration for projects can come from anywhere. Not only is environmental research not as common for an econometrician, the idea for this project actually started at the coffee machine where Jan Magnus mentioned he had data on the subject.

We thank Bertrand Melenberg for these wonderful diverse examples of applying econometrics.