On a rainy day in the summer of 2015, I decided it was time to write an article for Nekst-Online. Since the handover period already started and there are only five more weeks for me as board member of Asset | Econometrics, I will look back on everything what happened this very exciting year.

Tuesday May 27, 2014, was the day that I heard that I would become the secretary of Asset | Econometrics in the board of 2014-2015. When I entered a usual, normal lecture room, I saw that Roxanne, Bas and Ernst were already there. As four nervous children we were waiting for our chairman to enter the room. Luckily, after only a few minutes our chairman, Cleo, arrived. We celebrated the fact that we would become the board of Asset | Econometrics with pie and champagne, after which we started talking about everything we had to arrange for next year and things we wanted to change.

Talking is something which I have done a lot during my board year. With several committee meetings, a board meeting and a secretary meeting each week, there was a lot to discuss. After looking in my agenda, I discovered that I had approximately eight meeting hours a week. Although having meetings seems to be a significant part of my board year, it is way less than the amount of meeting hours an average manger has. An average manger has approximately twenty meeting hours a week!

After three impossible weeks in which I was not allowed to tell anyone about the fact that I would be in the board of Asset | Econometrics, the night of the Announcement Drink had finally come. Once again, I was a little nervous, waiting for the moment that the movie started. When it did, it became clear that this year the Announcement Drink was in Roy Donders style. Sweating in our Roy Donders ‘huispakken’, everyone congratulated us and we drank some beers together.

Drinks are something which also occupied many evenings during my board year. Of course we have our own monthly drinks, and approximately once a month an Asset party takes place. Except from these parties you are, as board member, also invited for the Announcement Drinks and Constitution Drinks of other associations. One of the most extreme weeks of my board year was the week in which we had the Announcement Drinks of SBIT, S&L, Marketing, Summer In the City and the Board Integration Day with our sister associations. Of course this was a lot of fun, but it did result in sleepy heads the day after.

These Announcement Drinks were the start of a new challenge in my board year. Since my successor is known and I have already been a board member for a year, I have started explaining different thoughts and tasks to Ennia: the handover period has started! To make sure that I explain something about all different responsibilities as secretary, I wrote down everything I had been busy with during the past year.

Writing. I believe I have written at least one book during my board year. We will have had approximately a total of 50 board meetings, which means of course that I have written approximately 50 minutes. Besides that, we also have the Department Members Meeting minutes, the minutes of the Advisory Council and minutes of the Secretary Meeting. Besides that, I wrote many small enthusing texts for the agenda of Nekst, the monthly info-mail, and about activities for the website and on Facebook. Last but not least, where my board year started with writing my introduction article for Nekst, I also end my board with writing something for Nekst(-Online). And with that my board year has almost come to a full circle.

Fellow boardies, committees and all our members, thank you for this beautiful board year. I will never forget it! 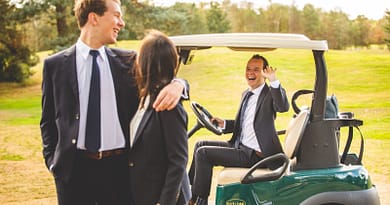 The best year of your life

My delicious board year