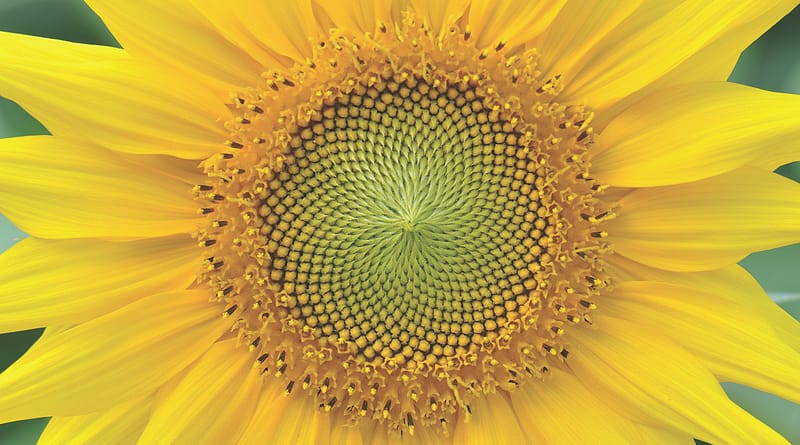 Being econometricians, we spend a lot of time indoors while doing all sorts of difficult mathematical calculations. Unfortunately, our obligations keep us from spending more time outside. For that reason, the Nekst committee decided to provide you with a good excuse to lay down your work and see some astonishing mathematical manifestations in the outside world.

First of all: Fibonacci

Whilst in high school, Dutch students learn to relate the mathematical row of Fibonacci with the speed at which rabbits reproduce. In contrary to what its name might imply, the row of Fibonacci is not of Fibonacci’s own making. The origin of this intriguing sequence of numbers goes all the way back to 200 BC. Leonardo Bigollo came in contact with it around 1200 AD, and he was the first person to link this sequence of numbers to the birth rate of rabbits. The name given to the sequence is the product of combining the words ‘filius Bonacci’ which means ‘son of Bonaccio’ in Latin.

Fibonacci’s rabbit reproducing problem takes place in an empty field and under ideal circumstances. This means that a pair of rabbits gives birth to exactly two little bunnies each month, of which one is a girl and one is a boy. Besides that, we assume that the rabbits never die. If we start counting after the first rabbit pair is placed in the field, counting the number of rabbit pairs gives us the following sequence:

If we put the numbers 0 and 1 in front of this sequence, we get what we know as the row of Fibonacci. Every number being the sum of the two numbers preceding it. With the first two numbers being 0 and 1 respectively. In more mathematical terms: Fn= Fn-1 + Fn-2

Of course this is not a very realistic example, since these ideal circumstances can never be met. That is the reason why the English mathematician Henry E. Dudeney adapted the problem to cows instead of rabbits. He changed months into years and rabbits into cows (female) and bulls (male). He argued that only the females are relevant for the problem, not the males. Now we assume that a cow produces its first she-calf at age two and after that produces another single she-calf every year. Assuming none of the calves dies, this model gives us the same sequence, but in a more realistic setting.

Rabbits and cows are not the only animals who have an interesting reproducing pattern following the row of Fibonacci. However, to be able to understand the story of the honeybees (who will be referred to as bees in the rest of the article), we will have to do some biology first. Honeybees live in a swarm in a home called a hive. The swarm is ruled by a queen bee who is the only one able to produce eggs and therefore the only one able to produce offspring. When a queen bee has not mated with a male bee, she produces eggs which will hatch, but can only give birth to male bees. When the queen does mate with a male bee, the baby bees will all be female. Of the females some will be born to become a queen themselves, but that is a different story. To make a long story short: female bees have two parents; male bees have only one parent. If we draw a family tree of a random bee it gives us the information provided in Table 1. This is again a perfect representation of the row of Fibonacci.

Before we continue to see where the row of Fibonacci shows up in plants and such, we have to know something about the golden mean. The golden mean is found by dividing a number of the row of Fibonacci by the number preceding it. If you do this for a great amount of numbers and you plot the answers, it can easily be seen that they approach a specific value. This value has been approximated to be 1.618034. The golden mean occurs in a lot of different situations, some of which will be mentioned later on.

Animals are not the only ones with a connection to the row of Fibonacci. For starters, flowers often have a number of petals that is equal to a Fibonacci number. Lilies have three petals, buttercups have five and Michaelmas daisies even have 55. But it does not stop here; Fibonacci numbers can also be seen in the arrangement of seeds on flower heads. Take for example a sunflower. If you look at the flower head closely you can see that its seeds consist of two sets of spirals called ‘right spirals’ and ‘left spirals’, both starting in the middle and ending at the edge of the flower head. Now if you count the number of right spirals, this number will in every case be extremely close to a Fibonacci number. The same holds for the left spirals.

It is not a coincidence that the spirals are arranged like this; in fact, this is the result of a very accurate optimization process. When a flower starts growing, seeds start to come out of the center of the flower head and then migrate towards the outside, to eventually fill all the space. A new seed appears at a certain angle compared to the previous one. Say it would be an angle of 90 degrees, then you would end up with four rows of seeds coming out of the center of the flower head, leaving the rest of the head uncovered. This would not be an efficient way of filling the space. In fact, choosing for the angle a value corresponding to a simple fraction (e.g. simple rational numbers 1/3, 1/4, 3/4, 2/5 etc.) will always result in a series of straight lines. To get a different pattern, it is necessary to choose a portion of the circle which is an irrational number, also known as a non-simple fraction. In order to optimize the filling, the most irrational number existing has to be chosen, the one which is the least well approximated by a fraction. This number is exactly what we know as the golden mean. The corresponding angle, the golden angle, is 137.5 degrees. With this angle, one obtains the optimal filling, which in this case means the same spacing between all the seeds. If this angle is not handled with precision, it could ruin the optimality completely and the two sets of spirals, one in each direction, would not be visible.

(1) Knott, R. (March 11, 1998). A brief biographical sketch of Fibonacci, his life, his times and mathematical achievements. Retrieved from http://www.maths.surrey.ac.uk/hosted-sites/R.Knott/Fibonacci/fibBio.html.