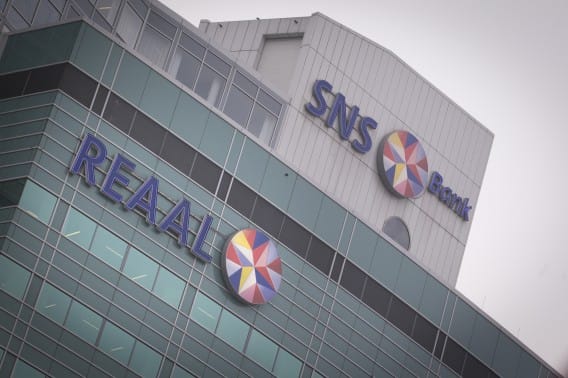 Having arrived at Utrecht Central Station, it was certainly not a challenge to find the skyscraper in which SNS REAAL is located. Daniëlle and I were warmly welcomed by Remco van Amelsfoort, Asset Manager at SNS REAAL, in a pleasant coffee area provided with cake and Easter eggs.

Remco, born and raised in Helmond, describes himself as ‘een echte Brabander’ (English: a real Brabander). After secondary school, Remco decided to study physics at Eindhoven University of Technology. Although he enjoyed this study program, especially developing the scientific models, he felt that he did not want to become a researcher in the field of physics. Therefore, after obtaining his bachelor’s degree in physics, Remco made the decision to follow the master’s program QFAS at Tilburg University. “When you are a physicist, it sometimes takes 30 years before your model is being implemented. The great thing about econometrics is that these models can be applied immediately.” Fortunately, he just had to catch up a few courses from the bachelor’s program EOR. “In fact, econometricians use a lot of models developed by physicists.” Remco wrote his master thesis at REAAL, the insurance component of SNS REAAL. To be specific, he conducted a research on the correlation between mortality and marital status. “Some interesting findings popped up during this research, like the fact that divorced men have a five-year shorter life expectancy.”

Apparently, SNS REAAL appealed to Remco so much, that he decided to apply for a traineeship. SNS REAAL offers three different traineeships: Management Traineeship, Financial Traineeship and Quantitative Financial Traineeship. As a matter of course, with his quantitative background, Remco applied for the third one. All traineeships last two years, divided into four assignments at four different departments, of which one is free to choose. Remco notes that you are free to choose what kind of assignments you want to do and that SNS REAAL is a flat company, so you can always stop by and ask questions to your colleagues. Remco worked on assignments at Asset Management (the department where he is also working right now), Group Risk Management and Financial Markets. “At the Financial Markets department, the social side of trading gained much attention. It was quite interesting to see that ‘alpha people’ can also do a good job in trading, without using quantitative models.” The fourth assignment Remco worked on was for campus recruitment at the HR department, which might not be his field of expertise, but still a great experience.

Maybe some of you readers have become interested in the traineeship opportunities SNS REAAL has to offer. Every year, SNS REAAL is looking for about twelve new trainees. If you are interested in a traineeship, you first have to send in your CV and a
motivation letter. You then might be invited for an interview and to participate in some capacity tests. When you pass this part of the procedure, you will be invited for a selection day. During this day, the soft skill aspect of working at SNS REAAL gains much attention, by means of cases and role plays. Apart from
getting familiar with all kinds of departments of SNS REAAL, the social aspect is also highly touted within the traineeship. “Quants are often good at mathematics and modeling. However, employees at SNS must also be assertive and socially competent, since they should be able to convince people who are not familiar with the subject about their ideas. If you want to establish something, you must be able to tell your story.” Remco explains that during this selection day, it became clear that Remco is quite a chaotic worker, something he did not expect beforehand. During his traineeship, Remco learnt how to deal with this. Moreover, Remco confesses that during his career at SNS REAAL, he learned to be more diplomatic.

Let us face it: recently SNS REAAL has been taken over by the Dutch government. According to Remco, a part of the uncertainty for both employees, clients and counterparties has been removed by the state intervention.

Recently, after having completed his traineeship, Remco returned to the department where he started his career at SNS REAAL: Asset Management. He likes the fact that his job is very diversified, since he prefers doing a lot of different things at the same time. For his job as Asset Manager, in which he focuses on state bonds, Remco has to come up with trading strategies that provide extra yields for SNS REAAL without facing extra risk. In order to know what trading opportunities are profitable and which are not, it is important to keep up to date with current news facts. “As an Asset Manager, you are working in the centre of the world, since everything is relevant.” Moreover, Remco has a lot of contact with investments banks (brokers), teaches other employees courses and develops models.

We were curious why Remco chose to start his career specifically at SNS REAAL. First of all, he likes the pleasant atmosphere within the company, in which there is a lot of room for new ideas. An atmosphere we encountered as during the interview colleagues stopped by, had a chat, grabbed an Easter egg and started joking about Remco. Later on we heard that these persons had in fact rather high positions within SNS REAAL. According to Remco there is also a lot of loyalty within SNS REAAL. Normally, everyone returns home before 18:00, but when the work pressure is high, all employees work together as a team to finish the work. This team spirit is being stimulated by drinks and trips on a regular basis.

For the young employees, there is an opportunity to get to know each other better by means of activities organized by Jong! SNS REAAL (English: Young! SNS REAAL). Another aspect Remco likes about his work is ‘Het Nieuwe Werken’ (English: Alternative Working Practices). Once a week he works from the comforts of his home and his contract hours are very flexible. Furthermore, the building of SNS REAAL does not have fixed working places, but flexible ones instead. Moreover, there is the possibility for extra education within the company. For example, one can do a CFA (Chartered Financial Analyst) program, become an actuary AG, or just follows extra courses in for example ethics or accounting.

When asking what persons Remco admires, he answers that he considers people that have really made a change fascinating. As examples, he mentions John von Neumann, a special man who has played an important role in developing the study of econometrics. Upon being asked for advice, Remco recommends all econometricians to develop their soft skills. Therefore, he states that it is very important to do something besides your study program.

We would like to thank Remco for his openness of views and we wish him all the best with his further career at SNS REAAL. 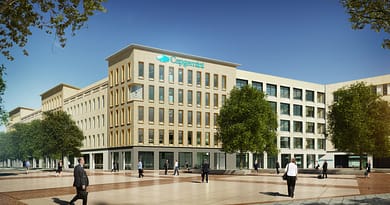 The Profession of Probability and Impact

It Is Thrilling When a Business Immediately Uses Your Research