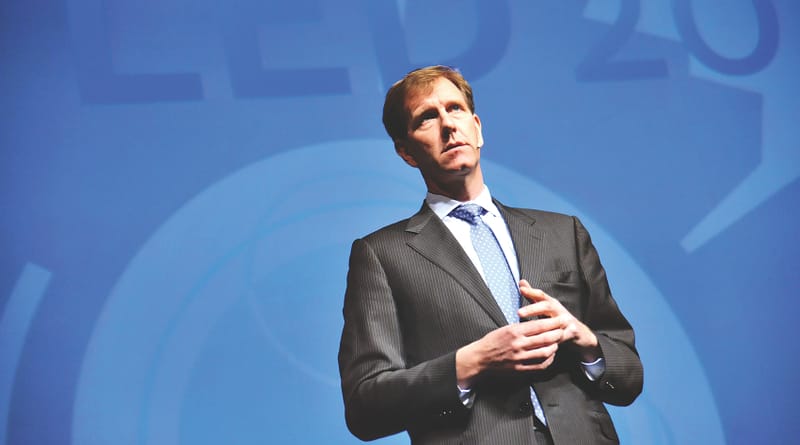 Other
April 1, 2013July 10, 2013 Nekst-Online 13 Views
Following an inspiring speech by Wiebe Draijer, the President of the Social and Economic Council of the Netherlands (SER), at the National Econometricians’ Day (LED) 2013, we had the opportunity to interview him. As he comes across as a very friendly and interesting man, we were looking forward to talking to him.

One of the main questions we had was related to the SER. We were wondering what the SER actually does and what are the issues it considers to be important. As luck would have it, Wiebe Draijer not only talked about this during the interview, but also in his speech. “Just imagine if we could break the negative spiral of confidence that this country has. What is fascinating is that we have one of the highest wage levels in the world. We have one of the highest levels of productivity, we have one of the highest levels of employee participation, and when it comes to working hours we work the shortest amount of time on the planet. We have the happiest youth culture, we have one of the best social security systems and we have low unemployment. We have a competitive economy that is ranked number five in the world, up from number eight last year. Then why is it that we have such a negative spiral of confidence? Is there something fundamentally wrong or is it a confidence myth that we need to break?”

“What if we could show that house price developments in the last couple of months or years are a fair reflection of corrections on the housing market? What if we could show that current house prices are roughly in line with their fair value? So that if you were to buy a house now you would be buying bricks and mortar and not simply air. What if we could explain that the pension system is actually prepared for the levels of uncertainty that we are facing as opposed to not being prepared? And what if we could arrive at a situation in which the government or the central bank imposes a low interest rate? And what if that low interest rate were to reach the end-consumer and allow him or her to start spending? This country is so strong from a structural point of view and we have this fantastic set of intrinsics. So if we could break the negative spiral of confidence, what would that mean in terms of our ability to emerge from the crisis? These issues are central to what we are currently trying to discover at the Social and Economic Council.”

Now that we know a little more about his views on the present and future, it is time to return to the past. What does the background of a SER president look like? Wiebe Draijer already knew at an early age what career he wished to pursue: journalism. However, he was advised by a family member not to follow training in journalism but to opt for a subject such as econometrics or mechanical engineering. If he still wanted to be a journalist later on it would be easier since he would already have an area of expertise to write about and if he did not, he would have job opportunities in his field of study. Consequently, Wiebe Draijer chose to study mechanical engineering. However, this proved to be insufficient and as journalism obviously appealed to him, he decided to apply for a position at NRC Handelsblad, a famous Dutch newspaper. He remained there almost until he graduated.

At that time, he wanted to specialize in technology, as he had developed a passion for this subject during his studies. His first wish was to obtain a Ph.D., but unfortunately there were no funds available to him to study abroad. Instead, he was persuaded to go and work for McKinsey. Persuaded, because at the time, he did not think it would be something he would be particularly good at or which appealed to him. However, following meetings with staff at McKinsey, he really looked forward to working there. It turned out to be a wise decision and he stayed for 23 years. Although he really enjoyed his time at McKinsey, he also pursued other interests. He was a founding member of 21minuten.nl, a website mainly about generating public debate on political issues. He was also member of the supervisory board of the Kröller-Müller Museum and a member of the advisory board for World Press Photo, to name just a few of the many valuable things he has done.

Wiebe Draijer believes that these activities were one of the main reasons he was asked to be President of the SER. Although a consultant may not be the most logical choice for this position (and neither is a mechanical engineering graduate), an involvement with society and its problems is definitely an advantage for the job. He thinks there are two other major reasons why he was approached. Firstly, he belongs to the more practical younger generation and an energetic personality was required. Secondly and most important, his fascination
for bringing people with different
ideas and interests together. This
was, of course, something he used
to do when working at McKinsey. Former Dutch Minister of Social Affairs Henk Kamp shared this opinion and therefore arranged a meeting with Wiebe Draijer. Henk Kamp wanted to talk about the future of the Dutch polder model of consensus-based social and economic policy. Before he knew it, Draijer was asked to become President of the SER and the rest is history.

It goes without saying that we were not only interested in why others wanted him to become President of the SER, but also why he agreed to take on the job. The main reason was related to his fascination for breaking the negative spiral referred to earlier. Moreover, he was looking forward to re-energizing the consultative economy (as characterized by the polder model). Fortunately, he has discovered the job is even better than expected, since one of its favourite aspects was quite a surprise. Initially, he accepted the job with the idea that it would probably mainly consist of trying to get various parties (which often have opposite interests) to agree with one another. However, there is also a great deal of opportunity for fundamental research based on new and fresh ideas. This research can be used to find the best, or at least, an effective solution to a problem. The SER then discusses this solution to see if all members support it.

Although the research aspect is very appealing, its usefulness must also be considered, as Wiebe Draijer discovered early on in his career. One of the first projects he worked on at McKinsey was about improving the collaboration of public television networks to help them compete with the new private networks emerging at that time. He wrote a brilliant theoretical analysis on this topic that predicted quite accurately that the viewing habits of Dutch citizens were influenced to an important extent by the weather. Although it was an amazing analysis, with a correlation close to 100%, it was mostly a waste of time. This was because it was of little use to anyone, as the weather is something you cannot influence. Consequently, he realized the importance of a balance between a solid theoretical background and relevance to people you are researching for. “You can research all kinds of fascinating things, but if it is not relevant to what you need to do tomorrow, it is simply useless”, Wiebe Draijer explains. That is a rule he still follows.

Enough about the past, we were also interested in the problems he encounters in his daily work. He believes there is only one issue of crucial importance: “How can we achieve economic growth in this country when people generally believe we are entering a period of stability, rather than growth?” This involves sub-issues such as: “How do we get the labor market to focus on sectors where growth is being achieved or where it is possible?”, “How can we create a wave of entrepreneurship which provides small businesses with the opportunity to grow?” and “How can we make better use of the growth in the world economy?”. These are very complex questions. Take for example the labour market. The difficult aspect of this problem is that it requires employees to change. Simply changing a law or rule will not solve the problem. The specific point here is that young people entering the labor market have different contractual needs from older employees. Young people tend to switch jobs more often since they want to learn a great deal in different fields and about various subjects. Consequently, a permanent contract which lasts until retirement age is superfluous. The labour market needs to adapt, which is difficult as long as there are still many people in the system who do not have the mentality to do so.

Last but not least, we wanted to know what advice Wiebe Draijer would give to econometricians. Firstly, he cannot imagine a better time to study econometrics. Not only because it is a fascinating topic, but also because as we are still studying, there is time for the economy to pick up and for jobs to be created for us when we graduate. According to Wiebe Draijer, econometrics “will play a crucial role in the next phase of the recovery” and will be “of increasing importance in the years to come”. There are many opportunities out there, both in the public and the private sector. 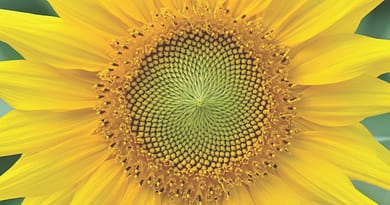