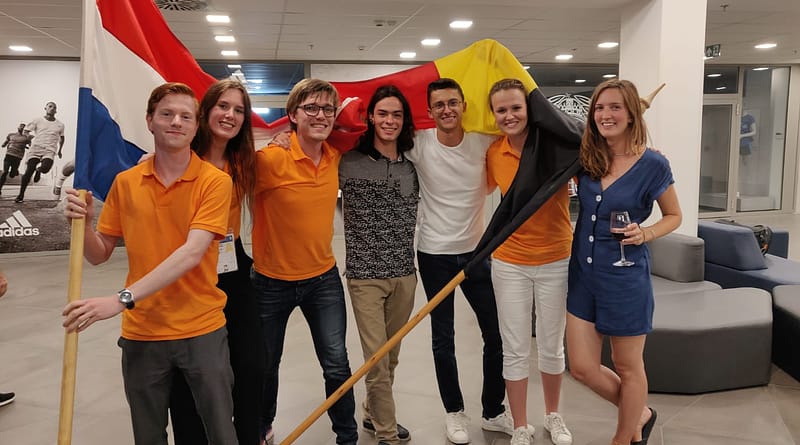 “My grandma plays that game every week…” and “bridge is only for old people… ” are quotes we as young bridge players hear quite often. Why is bridge only associated with retirement and considered to be boring? Almost all econometricians love playing games, especially card games, and all econometricians like statistics. Bridge is the best thinkable combination of these two aspects. The card game involves many statistical aspects and will always be a challenging mind game.  text by: Manon Belterman

My parents have played bridge every week since I was young. In my younger years I was not interested in learning the game, since I considered bridge to be too serious for me. I expected the game to be boring like all other youngsters do, but I did like other card games which turned out to be familiar to bridge. I did play the card game ‘rikken’ quite often in which obtaining tricks is one of the aspects. This principle is also important in bridge. A few years ago I became interested in bridge and I wanted to change my opinion of the image of the game. Bridge is a very social game in which partnership is very important. The game is played by four players. Two people playing as partners against the other two. Partners sit opposite to each other. I recognized many statistic features in the game which attracted my attention. When playing I really enjoyed the game and I decided to write my bachelor thesis about bridge. I analysed the skill level of the game, whether it is a game of chance or a game of skill. It turned out that a high level of skill is involved in bridge. In addition I calculated the probabilities on possible hand patterns. Every player obtains thirteen cards from a standard 52-card deck. There are four suits: spades, hearts, diamonds, and clubs. Every suit consists of thirteen cards. In 21.55% of all cases a hand with thirteen cards is 4-4-3-2 distributed. One example then is 4 spades, 4 hearts, 3 diamonds, and 2 clubs. Of course the suits can differ. This distribution pattern of 4-4-3-2 is the most frequently occurring hand pattern. The bridge game will never get boring, since it is almost impossible to get exactly the same hands twice in your life.

One year ago I told Anouk Casparie about the card game, but she reacted the same as most others: “my grandma plays it…” I convinced her that the game is really worth playing and the image that it has does not meet reality! It is way more fun than I expected in advance! I recommended the bridge course that is given by Ruud Hendrickx, He is not only a professor but also an advanced bridge player. During the course of seven weeks you will learn the basic principles of bridge and after these lessons you are able to play it yourself! Anouk attended these lessons from Ruud Hendrickx and she really got infected by the bridge virus. We now play bridge at Theseus in Tilburg, which is very popular among students. There is a nice informal atmosphere, always nice music playing and you can have some drinks while playing. Every Tuesday, Thursday, and Friday there will be played from 20:00 hours. Every last Friday of the month a special pop quiz is organized after playing the bridge games.

Each month a special bridge training is organized for youngsters in Utrecht. Here we get lessons from the best bridge players of the Netherlands. At one of the trainings Anouk and I met Floris Tulner and Tim van den Essen, who are both studying in Eindhoven and also like to play bridge. Together we attended different bridge tournaments in the Netherlands. We went for example to Alkmaar to play the ‘Kaasstad’ tournament where we all won a typical Dutch cheese!

The four of us were elected to represent The Netherlands, more specifically Tilburg University, at the European Championship bridge for students. The EUSA mind sport games took place at the University of Physical Education in the city centre of Budapest from July 24 until July 28. We were honored to represent The Netherlands at an international bridge tournament while we only have few years of bridge experience.

We decided to visit the city of Budapest before the tournament started. This city is really worth a visit! Of course we didn’t want to go to Budapest only for the bridge tournament, of course we also did want to see the highlights of the city. We had a guided tour through the city by bike and climbed to the famous viewing point. In the evening we went to some typical ruin bars, where we had a lot of fun! The day before the tournament really began, we went to the Szechenyi Spa. This is one of the largest bathhouses in Budapest. Here we have had a full day of relaxing in order to be completely prepared to start the tournament.

We had four complete days of playing, which all started at 09:00 hours at the University of Physical Education. We played against students from universities in Belgium, Italy, Germany, Turkey, and many more European countries. Participating in this tournament was a wonderful experience! We played almost eight hours a day, which is quite a lot, but we really liked it! Since it was an official tournament, we needed to play with screens. This means that you couldn’t see your partner and one of the opponents. Screens are used in order to prevent cheating. Otherwise partners could sign to each other which cards they have and which suit is the longest. Usually we don’t play with screens, so it felt a bit strange and uncomfortable. However, we got used to it! Anouk and I were kind to each other throughout the whole tournament, but it turned out that this is not always the case. One Italian guy was really mad at his partner and we felt lucky that we couldn’t understand anything of their Italian conversation! This could also be something typically Italian… We have had a great time during the plays, but we also enjoyed our free time together with the other participants. We have had lots of fun in the evenings with the Belgian team! Next to the bridge competition, there was also a competition in chess at the same time. In our free time we had some exciting lessons from the world’s best chess players from Armenia. They were willing to teach us the game which was quite cool. After the four days of playing bridge, the tournament ended with a luxury dinner for all participants and afterwards there was a great party at the university. It was fun to be together with all teams we played against. It is unbelievable to get the opportunity of playing at a European Championship! A few years ago I would have never believed that I joined the European Championship bridge for students in Budapest!

Does the bridge game sound interesting to you? Or do you want to change your judgment of the card game? Don’t hesitate to subscribe for the bridge course of Ruud Hendrickx! The course will start in February 2020. Please contact Anouk Casparie for more infor 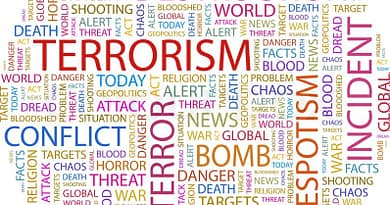