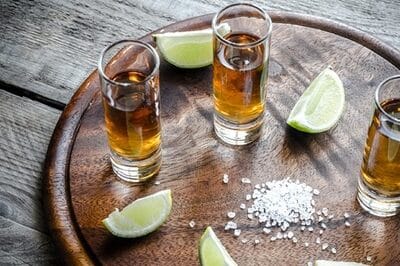 In the morning we went to Itam, which we really liked. Here we first were welcomed and then got an lecture about insurance and the mexican economy. Before the lecture started they told us that if we were sleepy we could grap a coffee outside during the lecture, such that we didnt bother the lecturer. During the lecture they told us that only 3-4% was unemployed. This was very strange, but the informal sector was a large cause of this. Also the people who sell food on the highway are counted as employed. Afterwards they gave us a campus tourand some tips for our upcoming activities. Afterwards we went to Unam, which is a public university so it was much bigger. Here we didn’t have a program so we just walked and saw what the university was like. We noticed that it was really old and in a poor state. Only the stadium looked nice, but we couldn’t enter this. So Unam was a bit disappointing.

In the evening we had the most delicious food ever. Together with Björn, Nadia, Karlijn, Annabel, Bastiaan, Robert and Eline we had a “decadent” dinner at a rooftop with a nice view on plaza de zocalo. At first, the people of the retaurant tought that we would never be able to pay for this restaurant, since we looked like poor students. However “Welvaart is erfelijk” and Mexican expensive food is as expensive as normal Dutch food. We drank some amazing Wine (best idea ever before a tequila tasting) and enjoyed our stay. Especially Eline who’s food was bigger than herself.

To end the day we had a tequila and mezcal tasting where we learned everything about both drinks. In Mexico people say “arriba abajo al centro pa dentro” before drinking tequila. Moreover if you want to know whether you have good tequila/mezcal or way too cheap and touristic stuff, you have to shake with the bottle and look if the bubbles you create can be seen long enough. Also if you wash your hands with tequila, the smell should last for at least 5 minutes. Oh and last but not least, tequila is pronounced with a L instead of a J, most of us are still saying it wrong.