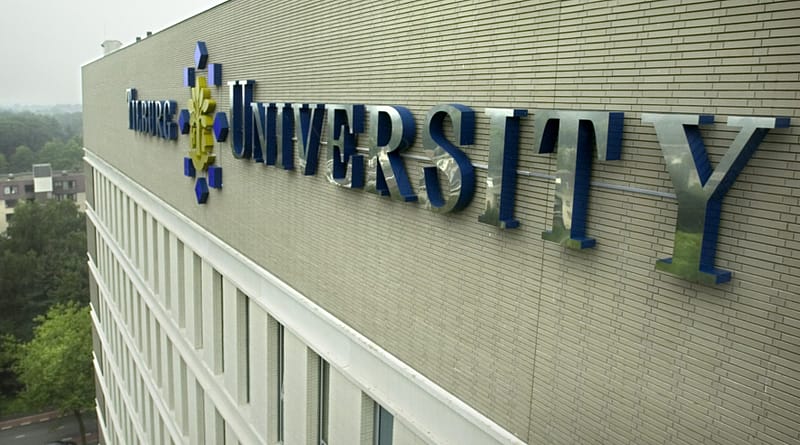 Some changes in the bachelor program have been implemented this year, most of which can be viewed as an improvement, some of which can be viewed as a necessary measure. However, some confusion is present among Econometrics and Operations Research students of what these changes are exactly and how this might affect them. Jelle de Rooij and I set out to interview professor van Dam, the academic director of our beloved study, to get all the answers.

First things first, some minor changes are made that effect the would-be econometricians of the future. For new first-year students, the registration deadline next year will be the first of May, in contrast to this year, where you needed to be completely registered before the first of September. Next to this, high school scholars are encouraged by the minister of education to make a well-considered choice for a study, by attending trial-classes and/or open-days, all in an effort to reduce the average study time and drop-out of students. Tilburg University would also like to urge all scholars to visit the study advisors, who can give real insight into everything regarding the study!

Now we proceed to the changes in the first bachelor year. The first year used to only have quarterly courses, with three courses each quarter, two 6 ECTS and one 3 ECTS course. From now on the first year has two semester-wide courses, which already is default in the rest of the bachelor. The first one is “Introduction to Probability and Analysis”, which is in semester 1. This course replaces the old quarterly (3 ECTS) courses “Proofs and Techniques” from quarter 1 and “Introduction Probability” from quarter 3.  The second semester-wide course is “Probability and Statistics” in semester two. This (6 ECTS) course as a whole used to be in quarter 4, but has been smeared out over the entire second semester because students find this course particularly tricky. Content-wise the above courses do not contain any changes.

Those who are paying attention will notice that 3 ECTS have been moved from semester 2 to semester 1. To compensate for this, the old course “IT-skills” from quarter 2 has been cancelled. The need for this course was a subject of debate, because since this year students make use of the computer in the “Linear Algebra” course and already made use of it in the “Linear Optimization”course and other first-year courses. The missing 3 ECTS in semester 2 also need to be filled up. The course “Introduction to Finance” in quarter 4 is expanded to “Introduction to Finance and Actuarial Science”, adding the actuarial track which is normally given in year 2, first semester.

The course “Linear Optimization” has also undergone some changes. The course has a new professor due to the retirement of professor Haemers, it uses a new book and content-wise the emphasis now lies more on linear optimization programming in general. Furthermore, the 1 hour instruction classes of the course “Linear Algebra” have been replaced by instruction videos placed on Blackboard. There has been a lot of positive feedback regarding these videos so the possibilities of expanding this concept to other courses are currently being discussed. Finally, starting next year, all first year lectures will be given in English only. The possibility to speak Dutch will remain present in the interactive and small work and computer classes, however. This measure is mainly to attract more international students.

There are not many other changes in the third year. From now on, the students will have the possibility to write their bachelor thesis in the fall, which means that it is possible for students to graduate in January.  To accompany this, starting 2014, all master programs can be started in February as well! This measure has been applied due to the “Harde-knip” law installed by the government recently, allowing students to save themselves half a year of study delay and of course, half a year of study costs!

Some changes are also made to the master tracks for those who are interested. This year the master “The Economics of Pensions and Aging” has been cancelled. Netspar, (The Network for Studies on Pensions, Aging and Retirement) was very involved with graduates of this master, so therefore two different “Netspar-tracks” have been introduced and added to the masters “Quantitive Finance and Actuarial Science” and “Econometrics and Mathematical Economics”. Finishing these tracks will result in the extra achievement being mentioned on your degree. Also Netspar will help these students acquire an internship, traineeship or job!

As a short term goal, the department of Econometrics and OR is currently improving their possibilities for following an exchange program and improving the exchange program itself. They are very busy with acquiring an even broader network with more and more universities to increase the number of exchange options. Next to this they are negotiating to make every exchange a full 30 ECTS program. Currently, due to curriculum discrepancies between our university and others, exchange students sometimes have to complete extra courses on top of the exchange program to meet all curriculum demands, which is of course an unwanted situation. Furthermore it has come to the attention of the department that some students believe that a third year exchange is not possible during our EOR study. They want to emphasize that it is very much possible! In fact, the department encourages all students that might want to participate in an exchange program, to come forward and make an appointment with the exchange and study abroad advisor. They will be happy to look at the possibilities for a tailor-made exchange program just for you!

All the above changes in the bachelor program have, for the most part, been implemented to improve the bachelor program to fit all needs. This would not have been possible if students did not express their healthy criticism and general opinions about our study. The department wants to thank all who expressed their opinion and wants all students to know that their opinions are most certainly listened to. So to all students, give feedback and fill in course evaluation forms. The future EOR student thanks you! “Failure is not the end, it is the beginning”