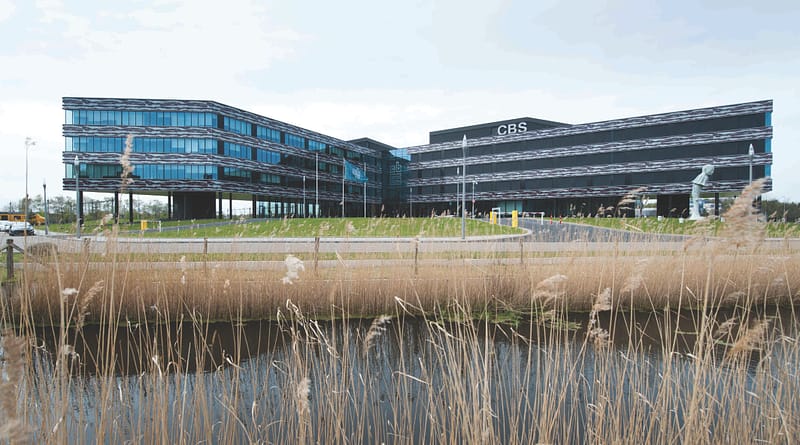 Statistics Netherlands  (or in Dutch Centraal Bureau voor de Statistiek – CBS) has over 2,000 employees, who either work at their office in The Hague or Heerlen. For this business interview, Floris and I had an appointment with Jacco Daalmans, an econometrician who works as a methodologist at both locations. Therefore, we traveled south to Heerlen to get some more information and insights with respect to working at this well-known institution.

After quite a long journey, we arrived at the imposing brand new building of Statistics Netherlands, where we were welcomed by Jacco. As we sat down in two big trendy chairs, we took a good look around to take in the impressive design of the building. The architect clearly wanted to give the place a transparent structure, as not only the ceiling is made of glass, but also most of the office walls are completely see-through. In some ways this corresponds to the concept of Statistics Netherlands: an independent government body that publishes all its findings and statistics free of charge, for use by government, science and the business world.

Employees at Statistics Netherlands
Like 52 of his colleagues, Jacco works at Statistics Netherlands as a methodologist. Methodology is a very broad concept and can be described as ‘the analysis of the principles of methods, rules and postulates employed by a discipline’. Jacco’s task is to give internal advice about problems and methods, doing his own research. An example of a research project is data editing: finding and eliminating inaccuracies in datasets. Inaccuracies can occur when people provide incorrect information about themselves, either intentionally or accidentally. Jacco illustrates this with the case of someone who says he/she is male and pregnant. It is up to the methodologists to not only identify these false data, but also to propose existing methods or develop new ones to eliminate them automatically. As you can imagine,  Jacco spends quite some time researching and developing programs, but he also has to write reports, attend meetings, and occasionally go on department excursions.

What is interesting about Statistics Netherlands is the wide variety in employee backgrounds. In addition to econometricians and mathematicians, there are also economists, physicists, chemists, biologists, psychologists, political scientists, and doctors; there is even someone who studied to be a nature-dietician. When asked whether he enjoys this odd mixture of subject areas, Jacco answers in the affirmative.

Although people with all sorts of backgrounds are welcome at Statistics Netherlands, they do need to have certain specific qualities. For instance, you need to be able to work independently and have a quick grasp  of new methods and theorems. Using your own initiative is also very much appreciated.

The Path to Statistics Netherlands
While we were getting to know more about Jacco Daalmans, we found out that he in fact also studied Econometrics & Operations Research at Tilburg University, from 1995 to 2000. Studying in Tilburg may seem a peculiar choice, given the fact that he was born and raised in Hengelo, but he decided to make a fresh start for his university choice. Jacco proclaims that he was not a natural, and actually had to work very hard to complete his studies. This did not change until he went to Vienna on an exchange, where he started studying less and spending more time on extracurricular activities. As at that time it was still compulsory for EOR students to do an internship at a company, Jacco applied to all sorts of companies and organizations. Of the replies he received, the one from Statistics Netherlands appealed to him the most, and therefore he spent the next six months as an intern at their office in The Hague. This turned out to be a pleasant experience for both parties and so, after finishing his studies in Tilburg, Jacco asked whether he could continue working there. Jacco recommends making use of the opportunity to do an internship. It is the best way to get to know a company or organization. It will also work in your favor in applications for a regular job if the company already knows you. Although Jacco is only 36 years old, he has already been working for Statistics Netherlands for the last 13 years. Until recently, he worked at the office in The Hague, but now he sometimes also works in Heerlen. It is not usual for employees to alternate between the offices, as the traveling distance is substantial, but Jacco’s new partner lives in Maastricht and so he can combine working in Heerlen with staying in Maastricht for the weekend. 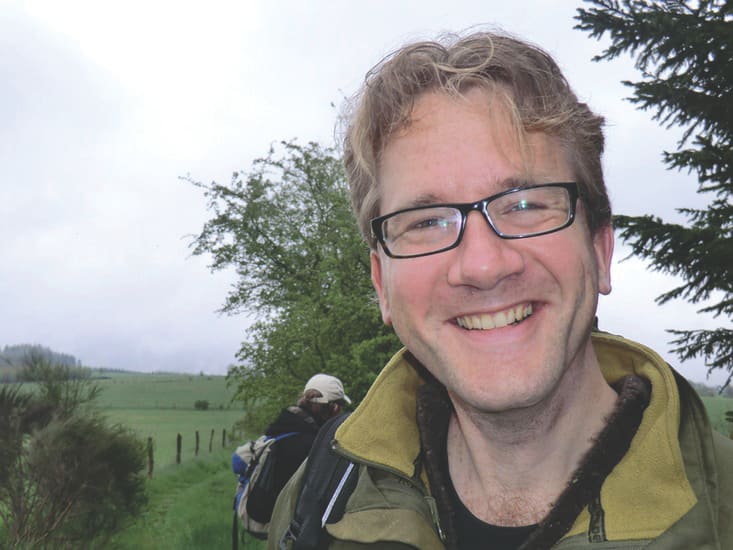 Top Employer 2013
Besides having the possibility of working in two different cities, employees at Statistics Netherlands  have other types of freedom as well. For instance, they may work from home, and they have flexible working hours. Whereas only ten years ago, staff still had to clock in between specific times, now they have complete freedom in deciding when to work. Of course, deadlines still have to be met and staff are required to work for a certain number of hours per week, but it does make working for Statistics Netherlands more enjoyable. Although Jacco does not have any experience of working for other employers, he is very satisfied with his work here at Statistics Netherlands. “One of the big pluses of working at Statistics Netherlands”, Jacco says, “is that the work is more focused on content here. We are, of course, a government institution, so not really commercially minded, which means we have more time to concentrate on quality, instead of on quantity.” Apparently, Jacco is not the only one with this opinion, as Statistics Netherlands has been certified as a Top Employer 2013. This means that an independent survey has shown that the organization not only cherishes talent, offers excellent working conditions and is developing  at a number of levels within the organization, but also that in the Human Resources area, it is a leader that continues to evolve and optimize its employment policy. This is certainly true for Statistics Netherlands, as the career development opportunities within the organization are very interesting, both in terms of management and content orientation. For instance, it is possible to work your way from methodologist to team manager, head of department, and subsequently perhaps even to director-general. Jacco points out that staff are encouraged to do training and courses, ranging from language courses to presentation skills, but also some courses of a statistical-technical and survey-technical nature; for instance, national accounts, or survey and sampling techniques. In addition it is also possible to arrange or participate inexternal career-related activities. Another possibility is to combine working at Statistics Netherlands with PhD research.

In spite of the many different career opportunities, Jacco does not have big plans for his job in the future, as he is already very pleased with his work. He especially enjoys advising colleagues, which means he has contacts with people from many different departments, and also that he is able to do his own research. He feels that two very important things he has learned so far are to be more extravert, and to find the right way to explain his findings: “Sometimes it is better to explain what you have done in a simpler and less sophisticated way, so that your contact person fully understands it.”

After our interview and before we started our journey home, Jacco gave us a short tour of the building. Perhaps some of you will meet him at the Landelijke Econometristendag (LED), as he is occasionally invited to present cases there.

We would very much like to thank Statistics Netherlands, and in particular Jacco Daalmans, for the time and effort he took for our interview. We hope he will continue to be satisfied with his work there, and we wish him all the best for the future.

A Unique Company with an Open Business Culture

Dynamic Credit: an insight in one of Europe’s fastest growing businesses