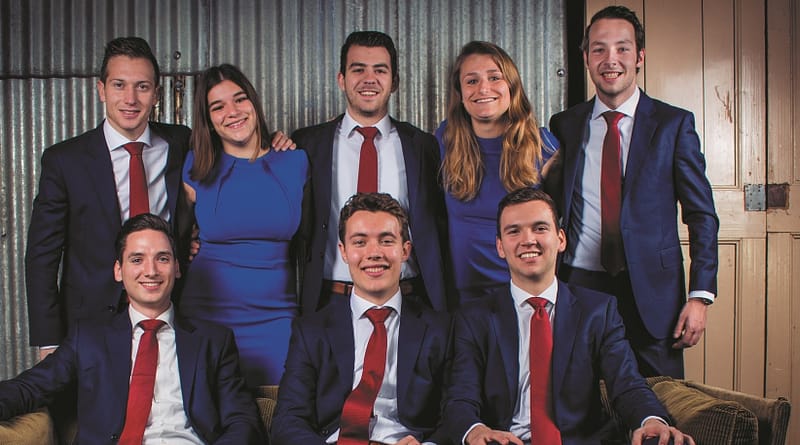 As all of our readers will know, our association is formally named Asset | Econometrics. The latter word should ring a bell and speaks for itself, but ‘Asset’ in this context may be a little less familiar. A few weeks ago, I spoke with a lovely lady
who was willing to explain me in detail what Asset is, how it functions and what she has to do with it. Her name is Lina Segers and she is this year’s chairman of Asset. There is More than just Econometrics: meet Asset’s Independent Chairman
Text by: Dominique Bavelaar

Lina is 22 years old, brought up in Venlo and currently studying in Tilburg (of course). After finishing her bachelor’s in Economics, she decided to do a board year before really starting a master’s in finance. Before entering the general chair position, she was already an active – but not too active, she stresses member of Asset | Economics. After doing different kinds of committees, starting with the freshmen committee and ending up at Food for Thought, she felt like she was up for a challenge. This desire resulted ultimately in being responsible for the day-to-day business of an association which represents every single student of Tilburg University’s economics and business faculty: Asset. 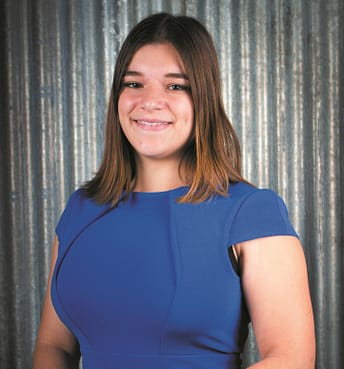 Asset is divided into seven departments in a similar way as TiSEM is divided in departments. I already mentioned, for example, Asset | Economics besides the Econometrics version, but we also have Asset | Accounting & Finance as well as Asset | Marketing. In 2013, all study associations of TiSEM, like the Tilburgse Econometristen Vereniging (‘is VET’), merged and were renamed in the style you came across earlier in this paragraph.

“And did Lina find the challenge she was seeking?”, is what you may ask yourself by now. Yes, she did: In addition to the seven departmental chairmen, she fills the eighth seat in Asset’s boardroom. The chairs residing in those chairs make up the General Board of Asset. Lina has the difficult task to let all these stubborn presidents with each having different, and sometimes non-overlapping, interests work together. This takes her at least 40 hours a week, excluding (in)formal obligations – September was the busiest month in that respect.

Lina: “Each department has its own board, consisting of five or six members. The tasks a board member performs depend, of course, on their function, but they mainly concern affairs within the department. An exception to this is the chairman. He/she fills 50% of his time with departmental business, whereas the other 50% is spent on tasks regarding Asset in general.”

Asset’s General Board is occupied with, among others, managing company relations, guarding Asset’s treasury and determining and evaluating the association’s strategy. Each board member has his/her own responsibilities, just like the
non-chairman board members work together in the departmental boards.

As said, Lina is responsible for all this working out nicely. If that is the case, then she spends the rest of her time on policy implementation and evaluation in cooperation with the university. One can hereby think of ways to attract students to both informal and formal activities and plans regarding study or career support. “Tilburg University pays a lot of attention to career orientation nowadays and Asset should also play a role in this.”, Lina says. “This means that most departments organize their own career events where students can also orientate themselves on the right master’s to choose. I also have meetings with the Management Team of TiSEM where I represent Asset and its interests.”

Question remains to what extent a “union of study associations” in which executive power is centralized works better than the “old” situation of independent associations. Lina: “The main advantage is that we can organize big events, like the Economic Business Weeks, more easily since we represent a huge amount of students. Because of the same reason, we can really have a say in university policies: we cannot be ignored.” It is, however, not all roses: “Since we have seven
different departments, we sometimes have seven different opinions in the General Board room. This is sometimes quite difficult. However, since departments still have a lot of freedom in choosing their own policy, this (almost) never causes major conflicts.”

I would like to thank Lina for the time she took to give us an interesting insight in the functioning of an organization representing an entire faculty’s student population. I also asked her some Bert & Ernie questions, just because that is fun. You can find these here.

Participating in the European Championship of bridge for students in Budapest