The title of this column may sound a bit strange, or may sound like a wise lesson for life. But this is just a column about the board game ‘Mens-erger-je-niet’. I am quite sure many of you have played, or still play, this popular board game. It is the Dutch name for the board game Ludo which was introduced in 1896 in England, as a variant of the Indian game Pachisi. In 1910 a new version under the name ‘Mensch-ärgere-Dich-nicht’ came to Germany and thereafter to other European countries:  ‘Mens-erger-je-niet’ in the Netherlands, ‘Ne t’en fais pas’ in France, ‘Fa med knuff’ in Sweden, etc.

In my first column I mentioned that I have analyzed many games together with Ben van der Genugten (now emeritus professor of Statistics). Ben has retired, and spends his time differently now, at least that is what someone would think of a retired professor. But when Ben is playing ‘Mens-erger-je-niet’ (loosely translated as ‘Man, don’t get upset’) with his beloved grandchild, he cannot resist thinking about the best strategy to play. I am sure Ben lets his grandchild win, but still, answering the question how one should optimally play does not get out of his mind. So he started to analyze, and asked me to join.

The game ‘Man, don’t get upset’ is usually played with four players. Every player has four pieces of a particular color, a starting area and a home column of four fields (in the middle of the board). In turn, players move a piece dependent on the outcome of the roll of a die. When a piece has circumnavigated the board clockwise over 40 fields, it proceeds up the home column. The game ends if a player gets all his pieces in his home column. He then is the winner of the game.

The game owes its (Dutch) name from the upset it causes a player when his pieces are kicked off the board by an opponent. These pieces must start again at the starting point. This is somewhat compensated by the joy of kicking your opponent’s pieces from the board.

If a player has two or more possible pieces which can be moved, he must choose which piece to take. Rationally he wants to take the piece which maximizes his probability of winning the game. But in almost every situation it is unclear which piece this is. There are a lot of aspects which can be taken into account. For example, he can move his farthest piece on the circuit to get it as fast as possible at a safe field in the home column; or, he can choose to always hit an opponent’s piece whenever possible; or, he can move a piece outside the kick range of the opponent’s pieces; or, he can just move a random piece to confuse the opponents.

An exact analysis of win probabilities for different strategies is complex. We therefore calculated these probabilities by simulation using MATLAB, with a simulation run of 100,000 games, leading to an accuracy of ± 0.5%.

Surprisingly, the strategy to move the farthest piece on the circuit and that is often played, performs badly compared to other simple strategies. The haphazard strategy to move a random piece even performs much better, and has similar quality as a strategy that prioritizes kicking pieces of the opponent off the board. We developed some new strategies taking direct threats of pieces into account and the exact positions of the pieces on the board. It turned out that the new strategies outperform the simple strategies which only take one aspect into account. And the good news is that one of the (new) strategies can be easily applied in practice! The best performing strategy, however, requires some serious calculation.

It will be interesting to investigate whether our two new strategies can be improved upon, and preferably in such a way that the improved strategy can be easily played in practice. Might this be something you can think of during the summer period, on the beach or in the swimming pool, or in a bar using the back site of a beer mat? Good luck and happy summer holidays! 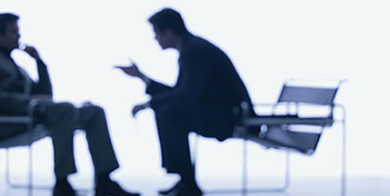