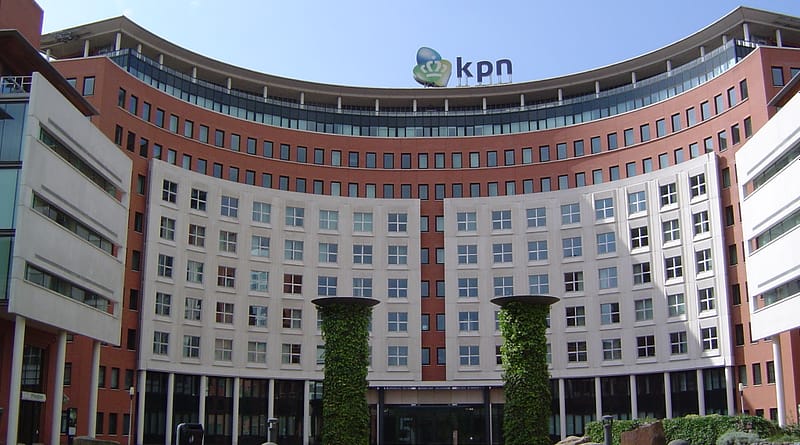 Who has not heard of KPN, one of the biggest Dutch providers in internet, television, telephone and ICT-solution services, and more. The world of telecommunications is ever expanding. It all started in the 19th century (yes, you read that correctly) with the provision of mailing, telephone, and telegram services and has now reached the level of which we might even say that it is one of the most important industries in the world. Anouk and I spoke with Frank Vuijsters, who is the former Chief Financial Officer of KPN in Belgium and who now works as Manager of Strategic Value Management at the headquarters of KPN in The Hague. Frank also studied Econometrics in our beloved Tilburg, making it even more interesting to fire some questions at him.

As said before, KPN started out as a company providing mailing, telephone, and telegram services. It was erected under the name ‘Koninklijke PTT Nederland’, with PTT standing for the Dutch names of mail, telephone, and telegram. After a while, the mailing branch spun off and KPN evolved to become a huge provider of not only telephone services, but also internet, television, and more. Big data is becoming extremely important in current days, so KPN has also been focusing on making the so-called ‘Cloud’ accessible to its clients. As I am writing this article, KPN is not only active in the Netherlands and Belgium, but they are also operating in international voice traffic solutions under the name iBasis (US). It is extremely hard for us to imagine a society without KPN.

KPN employs around 18,500 people, of which approximately 1,000 are working in Belgium. It is unknown to Frank how many of these employees are econometricians, since people do not necessarily share that explicitly. However, he estimates the number of econometricians working at KPN at forty. Econometricians working at KPN are mainly employed in a field called “Client Profiling.” This means that they are trying to see what the client is all about and when they might leave, so that they can intervene and make interesting offers to the client. This field makes heavy use of statistics to predict the moment when clients may leave. Moreover, statistics is used to try and profile the client, i.e. what are the interests of the client, what products may they be interested in, what will be the expected next customer-action etcetera. Frank believes that econometricians are extremely valuable to any company due to their ability to bring structure into complex problems within the company and their projects. Whereas business economists work mechanically with given figures, econometricians can provide an anchor for projects with their statistical analyses and prediction methodologies. This is also the reason why Frank is trying to attract more econometricians to work at KPN. Frank: “One thing that I want to stress, however, is that it is key to be able to communicate and to work in teams. Econometricians are powerful on their own, but when they are able to work together with others and when they dare to pursue and express their own fact-based opinion they can be an even more essential asset.”

“Numbers are non-existent in the real world”

For those who want to grow more while working at KPN, there is the KPN Academy. At this academy, several courses and studies are offered. These can be subjects that match your field of study and complement that well, but you can also opt to choose a subject that you find interesting, for example psychology, and that is completely different from, in our case, econometrics. You can expand your knowledge, but it is the persons themselves that have become even more important than knowledge they have gathered. Frank: “You should be able to believe in yourself, follow your instincts and develop your communication skills. Know where you want to go and give yourself the freedom that you need to reach that goal and to develop yourself alongside the company. This is a tricky part for most econometricians because they are having so much fun in their work that they might underestimate this key aspect.” Frank thinks that seeing people grow is one of the most beautiful aspects of his job. He wants to teach econometricians to try and stay as long as possible away from calculators. Understand first precisely what questions are asked, why they are asked and try to follow the line of thought and the environment people are in. Be part of that journey first with the involved and responsible people before using fancy methods on your own. Something that he has been told and that is quite inspirational, in my opinion, is that numbers are non-existent in the real world. They are something invented by humans and their meaning is also being interpreted by us. He is still trying to mostly think about what is going on behind those numbers. The number 2 is just a number, but what does it actually mean? As he said: “An econometrician is able to provide beautiful graphs and equations, but on their own they mean nothing. When you are able to look beyond the numbers, you can genuinely be effective and grow substantially”.

Even though Frank did not participate in many extracurricular activities, his time as an Econometrics student at Tilburg University was quite interesting. Actually, it appears that he is one of the founders of Tarantula (treasurer), the student sport association for rugby here in Tilburg. The way that Frank played the sport illustrates him extremely well, according to himself. Both on the field back in these day and on the work floor nowadays he gives it his all, team- and fair play, and does that with a lot of joy. Moreover, working together stays important (‘all for one and one for all’), as well as being able to think with simplicity – something that can be quite difficult, especially for econometricians. Besides his rough life as a rugby player, Frank still cherished an old love for medicine. Hence, he decided to write his thesis at the Elizabeth hospital. It regarded the decay of information of the clinical and chemical decay of samples dependent on the (status of) patients and the costs to gather the information using different methods. Frank especially enjoyed the combination of technology and econometrics. Personally, I can relate to this as I have also been thinking about studying medicine before I settled my mind on econometrics. The interest still lurks in my mind, always tempting me to buy the latest issue of one or another science magazine.

Either way, Frank makes an excellent example of how econometricians can work without all of the statistics and numbers but still are able to apply a great deal of their analytical skills in a creative problem-solving and unordinary way. Given his own experiences, Frank gives us one last advice, namely that you should stay close to your own thoughts. There are quite some people out there who may drive you crazy, but you should not let this happen. “Choose your future according to your own interests and capacities.” Of course, it is of the utmost importance that your field of work should be one that you are enjoying immensely. Moreover, it is generally good to just follow your gut feeling, Frank says. “Even if it does not work out that well, at least you have listened to yourself.” 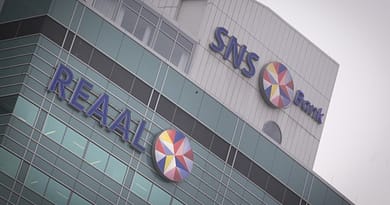 Working in the Centre of the World