Theo Nijman is chaired professor in the Econometrics of Financial Markets, as well as Pension Provision and Risk Management. He is also Scientific Director of Netspar.

At the time of writing this column the administrative center of the University of Amsterdam (the Maagdenhuis) is occupied by students and some staff members. They complain about a lack of democracy within Dutch universities and about the allocation of funds on the basis of student numbers. The Tilburg econometrics students seem hardly interested in what is happening in Amsterdam.

For students that know about the history of our university this might come as surprise. The (in the Netherlands) well-known occupation by students of the Maagdenhuis in 1968 was preceded by occupation of the main auditorium of Tilburg University. The name of the university was changed to Karl Marx University and econometrics students played a very significant role. One of the leaders of the student protest was econometrics student Jean Frijns. Students pleaded for more democracy and a lot was achieved. Jean Frijns by the way later on became one of the best-known alumni of Tilburg, and acted as deputy director of the CPB and chief investment officer of ABP. The econometrics education as well as being able to clearly express your views on society apparently are good ingredients for an impressive career. Nowadays by the way, among many other things, Jean is “my” chairman of the supervisory board of Netspar…

Tilburg students have also played a very significant role in one of the most influential decisions taken in the history of TiSEM: the decision to appoint econometrics professor Arie Kapteyn to become dean of TiSEM in the early nineties. At the time the chain of events that had been initiated by the Karl Marx University had led to very influential faculty councils. TiSEM at the time was very locally oriented, and little attention was devoted to publishing in international academic journals. While one might think that students hardly value research, the students who voted strongly supported the significant change to a new dean with a strong international research orientation. Arie Kapteyn initiated many changes of which TiSEM still benefits today. Because the academics were very much divided in their views, students determined his appointment and econometrics students were again quite influential.

Student democracy was significantly reduced in later years, because the decision processes in many universities took much too long. The current student protest in Amsterdam again asks for a stronger student voice in all decisions taken within the university. Hardly any Tilburg econometrics student seems concerned about a lack of democracy. Perhaps this is due to the system of student evaluations, educational boards and sounding boards that did not exist in the sixties. Students can nowadays easily voice their opinion on teachers and courses in an early stage and the quality of many courses has definitely benefited from that. I am not sure whether we should prefer more student democracy. Many decisions to be taken within a university are on issues such as academic research and valorization of knowledge where students have little expertise. On the other hand our history has shown that student’s thinking can be an important driver for new developments and innovation.

The second main complaint of the current protest in Amsterdam concerns the plans to close very small educational programs where the number of staff members exceeds the number of students. In Tilburg there are also huge differences in the student/staff ratio between different educational programs. Econometrics students benefit from the fact that many staff members can find time to exchange ideas with students. This is far less the case in the business programs where students nowadays for example have to write their theses with very little guidance from staff members. Unfortunately TiSEM is nowadays confronted with tight budget constraints. This might become a threat for the current and succeeding generation of econometricians. Perhaps your support of the Amsterdam protest will be required anyway, following a strong tradition… 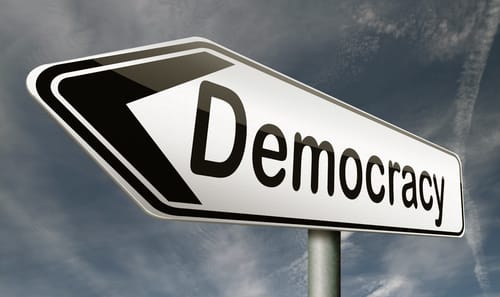 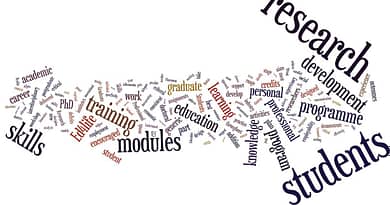 The Life of a PhD Student

The enormous potential of econometrics