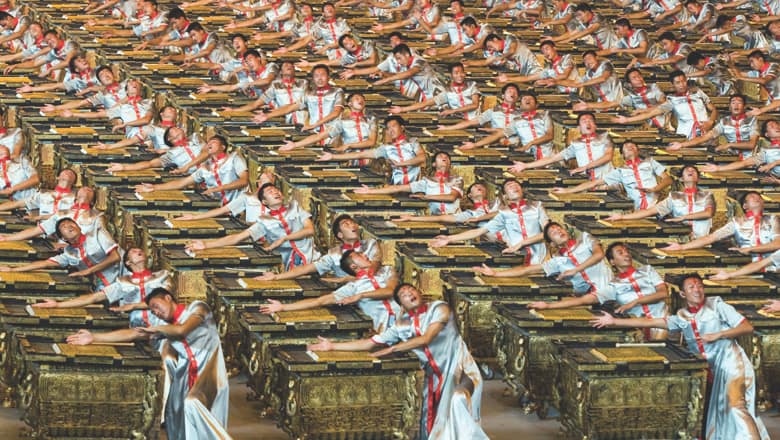 Other
July 18, 2013January 22, 2014 Nekst-Online
Suzanne and I had to excuse ourselves from the D&A Activity ‘Murder Mystery’, for we had other plans. As a continuation of the special ‘International Students on Ice’, where two international students spent the afternoon with Nekst committee members, we decided to further analyze the differences between the Chinese and Dutch cultures. To start off our research, we visited a lecture given by Brigitte Ars, who is a coach on intercultural communication. She is also a free-lance journalist and wrote multiple books about the Oriental world. Therefore, this lecture about cultural differences seemed like a perfect information source. Brigitte began her presentation by describing some clear dissimilarities between the Chinese and English culture, concerning the Olympic Games.

Different Approaches
In 2008, the Olympic Games were held in Beijing, whereas the Games of 2012 where held in Great Britain. When comparing the opening ceremonies of these internationally oriented games, we can immediately see some differences. For the Chinese, the Beijing Olympics were a chance to show the emerging power and wealth of their country. In order for the ceremony to be perfect, they felt the urge to control everything, including the weather circumstances. By shooting shells containing silver iodide particles in the air, they ‘blasted’ the clouds out of the sky, ensuring that it would not rain. Of course, the ceremony itself was extremely precise, synchronized and simply beautiful.

The London Games of 2012 were also a pleasure to watch. The British however, used different techniques to entertain the public. Instead of eliminating the rain, they implemented it in their show. Together with typically English aspects, such as Mr. Bean and James Bond, the British were able to make fun of themselves, without coming across as unprofessional.

Clearly, the Chinese and the British used different approaches to entertain their public, as they have different approaches in life as well. These cultural differences are not always accepted, for quite some Westerners still prefer American tourists over Chinese tourists. They consider it rude and impolite that they burp in public and that they wish to negotiate about the price, while in China, you are regarded as a fool when you do not discuss the price and burping is seen as normal. On the other hand, Asians often also do not understand the Western customs and traditions. For instance, taking out a handkerchief, blowing your nose in it and then putting it back in your pocket, is very impolite. Something else that is not-done is to point at someone or something, which is something Western tourists often do without realizing it themselves. These cultural differences can cause disrespect towards each other. It is a generally accepted idea that the more different people are, the lower we regard them.

Cultural Iceberg
Thanks to globalization, nowadays we see more ‘internationally oriented’ Asians. They adapted themselves in multiple ways to better fit the (working) environment, for example by changing their names or by wearing American suits. Despite this effort though, many big differences still exist between the Eastern and Western society. In 1976, Edward T. Hall, an American cross-cultural researcher, came up with a model that explained this: the Iceberg theory.

As many of you may already know, almost 90% of an iceberg’s mass lies beneath the surface. Hall believed that this is also the case for culture. Only aspects as skills and knowledge are immediately seen and can easily be changed. All other aspects, for instance habits, personal beliefs and values, lie below the surface and are not easily altered. As Brigitte formulated it: “A culture is like being programmed.”

Hall suggests that the only way to understand the internal culture is to actively participate in it. It simply takes time to dive through the obvious manners and lifestyles of society and discover all the underlying beliefs and values. The Iceberg Theorem teaches us not to judge a new culture based on only what we see in a glance. We must make the effort and take the time to fully understand the individuals in the society. Actively participating is the only way we can explore the ideas and values that are hidden beneath the behavior of society.

East meets West
Somebody who actively participated in both the Eastern and the Western world is Yang Liu. Yang Liu is a Chinese woman who moved to Germany for her education. She created a series of infographics, called ‘East meets West’, in which she clearly shows the dissimilarities between the German and Chinese culture. Some of the pictures can be found here. The left side of the pictures represents the Western/German culture, whereas the right side represents the Eastern/Chinese cultures.

Time
Germans are far more focused on punctuality than the Chinese. Where we as Western people tend to see time as a line, Eastern people see time as never ending. Being somewhat late or early is not seen as a problem in the East. However, when business is involved, it is essential to be on time to not come in conflict with higher-ranking people.

The Boss
In Western society, the aspect of equality is often emphasized. There is a common idea that everybody is the same, no matter who you are or where you work. Politicians go to work by bike and our new Queen says ‘Just call me Máxima’. In China however, there is still some sort of monarchy. Children rise from their chairs when the teacher enters the room and politicians are almost seen as gods. Nevertheless, also ‘regular people’ feel the need to enhance their reputation. It is not only socially accepted, but even encouraged for people to be status oriented. It is seen as normal to show your expensive car, your new suit and your hyper modern camera. This photo camera even functions another purpose, for it enables you to put photos of yourself in front of famous foreign places into your home. This increases the respect of others towards you. Here in the West however, this kind of distinct ‘showing off’ is only frowned upon and will certainly not positively influence people’s vision of you.

Complexity of Self-expression
Speaking directly is very common in our society. Feedback and criticism are often delivered in a straightforward manner without holding back. This can by some be perceived as rude. For instance, in 1986 Prince Philip commented on Chinese eating habits with the words: “If it has four legs and is not a chair, if it has two wings and flies but is not an airplane, and if it swims and is not a submarine, the Cantonese will eat it.” This quote appeared in the book ‘Most stupid words ever spoken’ and was not taken well by all of the inhabitants, for the Chinese themselves always avoid direct negativism. They will rather use hints, gestures and metaphors or maybe even an intermediate person. This may take up more time and the message will not always be clear, but keeping a good relation is one of their top priorities. Asian countries have a so-called ‘high texture culture’ and are more relational, whereas the USA and many European countries are ‘low texture cultures’ and are termed as individualistic. This degree of self-expression also relates to our anger management. Europeans, and especially Americans, often show their emotions and clearly state what they do not like. Asians will not easily indicate what they are feeling. Instead, they will keep a positive attitude towards their environment.

Idea of Beauty
The image of perfect beauty has changed immensely over the past centuries. While nowadays many women wish to have a tan, only a few centuries ago it was considered to be beautiful to be as white as possible. Being white meant that you did not work on the countryside, indicating that you were rich enough to stay inside, which was a desirable thing.

While the idea of perfect beauty has changed incredibly over the years, it still varies from one society to another. In Asia, women prefer to be as pale as possible. However, perfect women also share some characteristics in both societies. For instance, both in the East as in the West, women should be thin and have a smooth, soft skin.

After having analyzed these differences, we can only come to one conclusion: the Eastern and Western cultures vary a lot and both time and active participation are important factors to understand these cultures on a less superficial level. Therefore, we should not judge a person on his or her cultural values and beliefs, but instead try to learn from one another. 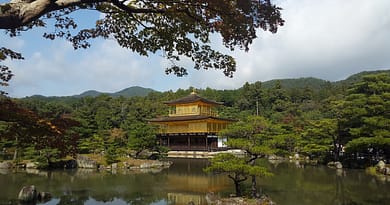