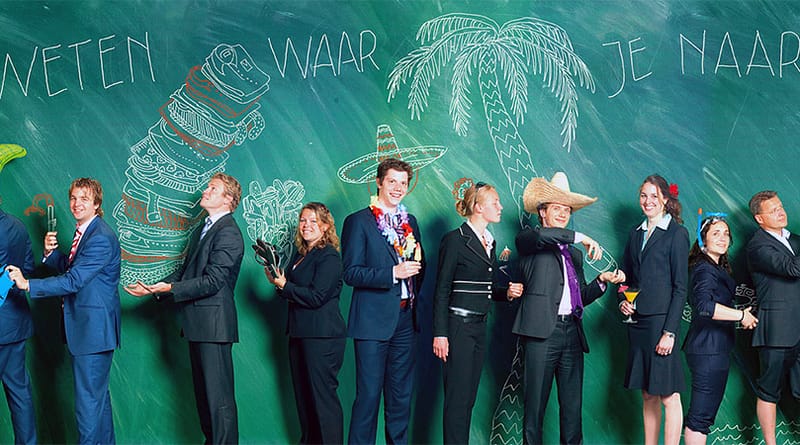 Company Interviews
June 25, 2012January 8, 2013 Nekst-Online 12 Views
Normally, you would find here an interview with only one employee of an interesting company. However, at MIcompany normal is just not good enough, and they therefore offered us the opportunity to interview three employees. This way we were able to see all the layers of Talent Development within MIcompany; Program Manager, Senior Analyst, Junior Analyst and Student Employee. MIcompany loves to surprise us with their original  ideas such as bringing a magician to the LED and organizing a pub quiz for Asset.  Their field of expertise is Consumer Analytics.After a long journey by train, Jasper and I arrived in Amsterdam and took the bus to ‘Pand Noord.’ This is a big building in which about fifty, mainly creative, companies are situated. This creates an exciting atmosphere in the building. The first thing that strikes us when we enter the office of MIcompany is that everything is transparent:  people are sitting next to each other so they can communicate easily. The conference rooms are made of glass. And no one has an office for his or herself. In the office you can see their brand is carried out in to every detail. As it is a Friday, most employees are at the office and not with the clients, which they mostly are during the week.

Link between Econometrics – MIcompany
The first two employees who we interviewed were Program Manager Simon Luijsterburg and Senior Analyst Wynfrith Meijwes. Both of them studied Econometrics in Groningen where they were both active members of study association VESTING. When Simon started working at MIcompany, he expected he was going to solve challenging problems with the knowledge obtained during his studies. He also hoped to find a link between theory and practice. His expectations came true, though he remarks that you often do not need the most complicated models in practice. This might be because there are clients who want to understand what you are doing. Another difference between the study Econometrics and working at MIcompany is that there is no prescription from a professor on how to work on big amounts of data and in this manner your analytical skills are challenged.

Clients of MIcompany
When we ask for an example of a project Simon has worked on, he tells us about the NS (the Dutch Railways). At the moment the NS has several annual subscriptions with different advantages. The NS deployed MIcompany to research the data, which they had already obtained before the OV-chip card, and found out which annual subscriptions would be interesting for Dutch travelers. Another project was with a company which wanted to prevent their customers from cancelling their phone subscription. Therefore they offered customers who called because they wanted to unsubscribe, some extra advantages which made them want to stay. The task for MIcompany was to find out which advantages work best and how to recognize a customer who says he wants to unsubscribe, while in fact he just wants to have the extra discount. What makes some projects even more challenging is that most companies do not really arrange their data in an orderly fashion. Most of the time the data are scattered and you need to find out which data are available and how you can use them.

Career within MIcompany
MIcompany is still a young and fast growing company, so even in these times of global recession they are able to hire people, as long as they are good enough. In the first year you attend the MIacademy. This is an internal traineeship which you are in for six consecutive weeks and after that there is a training almost every month for the next three years. At the end of the third year you will have finished a traineeship in which competency, skills, knowledge and methods & techniques were the central training modules. The MIacademy is very important in the Talent Development program MIcompany has developed. In this program the growth of the employees is central. The biggest difference between a Program Manager and an Analyst are the focus areas you get assigned to. Simon, for example, focuses on Pricing. Every Senior Analyst gets to choose a focus area in which they can grow when they become Program Manager.

Simon ends his part of the interview with an advice for the econometric students: “Look further than the initial offer of a company and make sure that there are possibilities to make your ambitions come true.”

Data in dashboards
Wynfrith tells us about the dashboards, a new online tool, they created at MIcompany. Clients like to implement the outcome of a project and after that they want to know how this implementation performs and how the company is doing. With these so-called dashboards, which are updated mostly on a monthly basis, they can keep track of their progress easily. Much has changed since the time Wynfrith started working at MI Company, because when he started in 2007 the company was only ten months old. At that time there were only about five employees, now it is closer to forty. The projects have become much more diverse and interesting as well. One of the latest added areas of expertise of MIcompany (MIsportscompany) is sports marketing: “Is it profitable for Rabobank to sponsor cycling, or for ING to sponsor the Dutch national football team?”

Passion and fun
One of the things Wynfrith likes most, is that he can really make an impact with his work. When MIcompany works on a project, they often work with the upper layer within companies, such as the management board. Wynfrith is not the only one who loves his job; he tells us that his colleagues are passionate and do not mind at all if they have to work a bit longer during the evenings. Besides work, MIcompany also offers some informal activities: they went skiing, and this year they will go to the Olympic Games in London. Last but not least there are drinks each Friday, which Jasper and I visited and is indeed very nice!

Student employee
Our third interview was with Axel Augustinus, a Master student from Amsterdam. Axel studies at the University of Amsterdam and has done both a board year and was part of the LED committee at study association VSAE. He decided to apply for student employee at MIcompany when he heard his predecessor at the board talk about the company. One of the interesting things of working as a student employee is that you can participate in projects together with other analysts even though you are still a student. “The people who work at MIcompany”, Axel says, “must not only be able to think analytically but also have to be able to communicate about what they are doing with customers, like a real consultant.” The work is more practical than the study Econometrics, which is sometimes too theoretical in Axel’s opinion. It does not really matter which Econometrics master you choose for this job.

Consumer Analytics
At the end of the interview, Axel tells us a bit more about the field of expertise; MI is an abbreviation for marketing intelligence. MIcompany is an expert in the Consumer Analytics field, a part of the greater Marketing Intelligence areas. Though most projects are related to marketing, you do not have to like marketing to like the job; MIcompany is fact-based marketing. If you choose MIcompany, you choose consultancy, analytics and data. 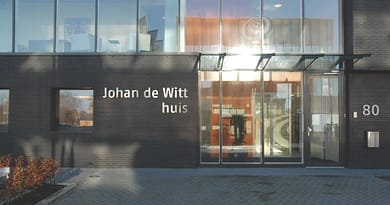