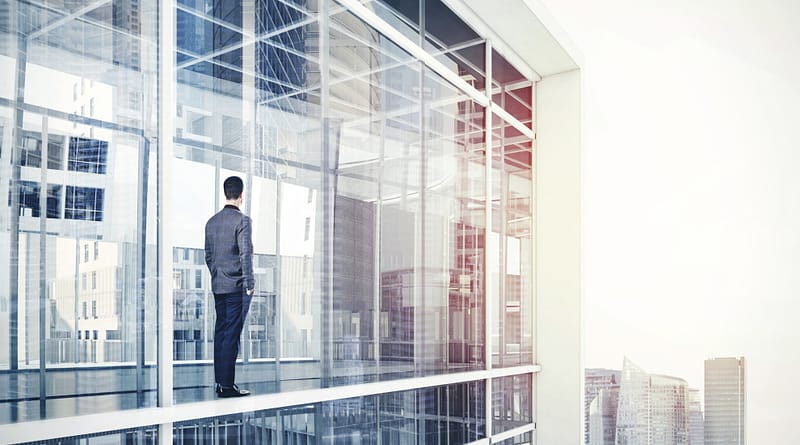 On Thursday morning February 27 Dominique Bavelaar and I went to the office of Brink Management / Advies in Eindhoven for an interview with Thijs Kramer about the pursuits of the company. Thijs has studied econometrics with us at Tilburg University and was quite active at Asset | Econometrics. After having worked for Aorta Business Intelligence he was looking for something new. He joined Brink via contact with Joost van der Werf, who is department coordinator, and he has worked one and a half year for Brink now.
Written by: Lucas Jacobs

Apart from Thijs, two other people participated in this interview: Joost van der Werf – who was mentioned earlier- and Judith van Rijswick who are both part of the Brink management team. Judith has studied Operations Research (OR) in Amsterdam. After that she worked for CQM B.V., “CQM” stands for “Consultants in Quantitative Methods”. Hence this company practices data science consultancy. After eighteen years she was ready to do something else. She already knew Joost, who has already worked almost twelve years for Brink, for some time and via him she joined Brink last January. Joost has studied economics in Rotterdam but he wanted to do something with real estate so he joined Brink.

Brink is a company that is specialized in real estate, almost all complex projects and assignments that concern real estate in the Netherlands are being handled by Brink. Brink has offices in Rotterdam (headquarters), Eindhoven and Groningen. Brink has 230 employees of which 60 work at Ibis B.V. which is a part of Brink, Ibis makes software for construction companies. The top ten contractor companies (at least) in the Netherlands use the software made by Ibis, which includes maintenance and inspection software.

The other part of the company can again be split up in two parts: management and the advisory body. Management arranges for all the projects, advisory does the puzzle work. There is a group dealing with policy and organization, focusing more on the “soft” side of the company, another dealing with development and investment, business cases for new buildings and campuses among other things, and a portfolio management group: all three are part of advisory.

Brink has many clients and projects, of which the following are examples: the ministry of Defense, the National Police, KLM Schiphol real estate, Brightlands Chemelot Campus, “Paleis Het Loo”, the Kröller-Müller museums, “het binnenhof”, the “Leidsenhage” mall, the government real estate company and a lot of municipalities. The clients are often relatively “big” with rather complex assignments.

One of the first things Joost did at Brink, with the development and investment group, was standardizing the “land development (Dutch: grondexploitatie)” model. Land development is the sum of all the costs that concern the purchasing, demolishing, remediation and building of houses and streets of a certain ground area. During the financial crisis of 2008, there was less land development work available than before so Joost started working on quality management which concerns the quality of the houses one delivers. This work concerned thousands or even ten thousands of locations: it quickly turned unclear for the human mind. And if the scale grows even more, programs like Excel may not work anymore and hence new technology/methodology is needed. Where the scale increases, econometrics comes in.

This also became apparent with the “one million houses” project of Brink where a million more houses have to be placed “somewhere” in the Netherlands. Here the input and know-how of Thijs were of great value, also during the process of putting algorithms from Excel to R. Even stronger, without Thijs the whole one million houses project would probably not have succeeded. The work done by data scientists at Brink require the company to consider the use of programming languages like R or Phyton. Econometricians bring another way of thinking to companies such as Brink which can turn out to be extremely useful or sometimes even necessary for a project to succeed. New components can be added to advice one gives to the clients that someone with an engineering background would not be able to provide.

Originally, Brink mainly relied on knowledge and skills in the field of engineering/tectonics. Students from technical universities were the main group of people who started working at Brink. Still, the majority of the people working at Brink have such a background. But with a growing database, more data becoming available etc., Brink now also sees the opportunities that lie in the field of data science and econometrics. That is why Thijs works at Brink. This is a starting club though, there will be expansion in the field of data science in the coming years. It is the combination of knowledge in the field of engineering, building and use etc., on the one side and methodologies in the field of econometrics, numerical techniques etc., on the other side that makes Brink powerful.

Finding ways to provide better insight to clients, think of image recognition, is still important as well of course. Machine learning techniques like neural networks are used for this by Brink. There are some competitors that have been busy with this image recognition in particular, Brink has an edge over these competitors though because they do not have as much experience with real estate as Brink has.

Thijs tells us that the current goal of Brink is mapping all of the real estate information onto the Netherlands as well as possible and to expand in this as much as possible. The information resulting from this mapping can subsequently be used in all kinds of projects. This information comes from the “Data Center” which contains property info, energy labels but also prices from Funda for example. Brink also works with geodata. There are a lot of optimization problems as well that could be applied in the context of real estate. Judith tells us about such a topic which keeps Brink busy: increasing the sustainability of houses in the Netherlands, mainly motivated by the government. The sustainability is measured with energy labels, it is not possible to give the highest label to all the houses. There are budget constraints, questions like simultaneously or sequentially increasing sustainability, a particular order of proceedings when making a house more sustainable. Potentially interesting questions, also for econometricians!

Particularly striking was that during the interview, it became clear that a lot of real estate related data issues are not efficiently arranged in the Netherlands: a lot of municipalities do not know exactly how much real estate they have, house by house verifications for sustainability plans instead of sample experiments and incomplete and unclear documentation of certain information of real estate (even concerning the location!) or the police not knowing whether or not certain buildings are theirs are just examples. One other example was the ministry of Defense which said that they had six million square meters of parcel which turned out to be four million square meters: an error of two million square meters. Or buildings of around 50.000 square meter which are just saved as a small dot of 100 meter by 100 meter in certain databases. From all of this we can conclude that the way real estate data is registered in the Netherlands is not always “right”. Hence regarding efficiency, improvements definitely need to be made in Dutch real estate databases.

Because many parties are involved with new real estate plans, there are a lot of “restrictions” on what Brink can do with a potential ground area. Sometimes the combination of these restrictions makes it simply impossible to do anything, so one has to “shuffle” a bit with certain restrictions: find inconsistencies in what parties consider restrictions and what is actually already happening in practice. Sometimes construction activities are going on at places were it is officially not allowed to build.

The culture of Brink is characterized by little hierarchy and focusing on you as employee personally: a kind of family-like idea. All shares of Brink are owned by the employees, shares of Brink can be bought once one has worked a year for the company. Of course Brink undertakes all kinds of fun activities with its employees like escape rooms etc. As for Thijs, he enjoys his work at Brink as Junior Consultant well enough although his interests go beyond the world of real estate. Brink currently has three working students, so this is an option as well although when you are not yet graduated it is not always possible to participate in certain projects.

Our final impression of Brink is that of a very specialized, professional real estate consultancy company with a friendly culture and which values hard-working employees. 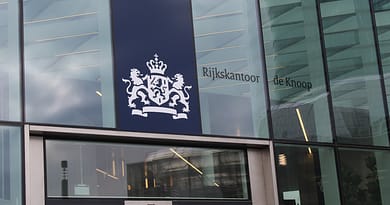