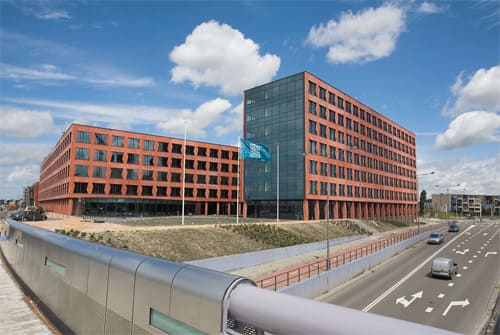 Company Interviews
April 1, 2013July 10, 2013 Nekst-Online
In 1899 the predecessor of Statistics Netherlands was already applying statistics to develop a solid basis for government policy. At that time, statistical methods constituted a modern approach to social and economic issues, and today staff at Statistics Netherlands are still responsible for official statistics – which often play a decisive role.

When walking through the doors of Statistics Netherlands’ impressive office in Leidschenveen, a suburb of The Hague, there is little to remind visitors of the long history of the organization. The futuristic office design with computers everywhere you look has replaced all traces of dusty archives. Statistics Netherlands is a modern organization; data is cool and for people who know how to handle all this data success is guaranteed. One of these people is Lenny Stoeldraijer, who works as a researcher at Statistics Netherlands and who was willing to answer some questions about her employer and about working as a statistical researcher. Moreover, she was nice enough to show us all the ins and outs of the department of demography where she works.

As we were talking about how Daniëlle and I ended up at Statistics Netherlands, the subject of Asset | Econometrics soon came up and Lenny began talking about her student days. After a year of commuting between home, in Terheijden, and the university, she decided to move to Tilburg where she lived in lodgings for the remainder of her student life. It turned out that during this period, which ended only a few years ago – in 2008, she had been member of the TEV, the predecessor of
Asset | Econometrics. With this common background, we soon had a connection and we found out that Lenny had also studied Econometrics at Tilburg University. After completing her bachelor’s degree she started the master’s program MEEM (Mathematical Economics and Econometric Methods) and after obtaining her master’s degree, she worked as an assistant researcher at the university for a while, using data collected by Statistics Netherlands. After that, she had to decide where to continue her career: consultancy, business or perhaps as a civil servant? In the end, she did not really choose: although the government is a major user of Statistics Netherlands’ products, it is not the only user. Therefore Lenny works for the government, but also for commercial users.

During her studies she did an internship for which she investigated the metal industry. This work included forecasting company sales, which she really enjoyed doing. So it is not strange that today she is performing similar tasks, since as a demographics researcher she now forecasts the growth of the Dutch population. At the moment, Lenny lives in The Hague, from where she can easily travel to the office. Also, the city offers many benefits that belong to a major city, so she enjoys living there.

The Life of a Statistical Researcher

One of the great benefits of working at Statistics Netherlands is the flexible working hours. For example, Lenny works 38 hours – four and a half days – a week. It is mostly up to Lenny herself when she actually works, so she has quite a lot of freedom for planning other things. In her case, she really needs this time, as besides her daily job as researcher, Lenny is also working on her Ph.D., for which she makes aging and mortality forecasts. She hopes to obtain her doctorate within six or seven years, depending on the progress of her research. This is just one of the options open to ambitious employees at Statistics Netherlands. Staff can also do a number of wide-ranging courses, including management training programs. When asked what the most interesting aspect of her work is, she answers: “My job is very diverse: besides the population forecasts we make every two years, we also investigate other topics related to demographics. In addition, the ambience at the office is very pleasant. There is an open structure and a good atmosphere between colleagues. For example, last December we had a dinner with our department and last year I went on a study trip to the statistical office in Austria with Young CBS, in which the youngest employees are represented.” This open structure is not only represented in the organizational structure of Statistics Netherlands, but is also visible in the structure of the office building. The offices are separated from each other by glass walls, and most of them do not even have a door. This allows a lot of daylight in, resulting in a pleasant appearance of the workspace. Lenny explains that the facilities of the brand new building are quite good. For example, there are showers and changing rooms for employees who want to come to work by bike.

Naturally, Daniëlle and I were curious to know how many econometricians were currently employed at Statistics Netherlands. Lenny, who had checked this especially for us, told us that about 50 employees had studied Econometrics. Surprisingly, her colleagues come from very different disciplines. For instance, her colleagues include people who have studied physics, sociology and even some therapists. This makes Statistics Netherlands an organization with very broad awareness and specific knowledge in many fields.

The scope of Lenny’s research extends mainly to demographics, just as all the colleagues on her floor. The data she uses are mostly obtained from the municipal population registration. Other data used at Statistics Netherlands are collected by interviewing people, for example, or are taken from the Tax Authority and the Dutch institute for implementing employee insurance (UWV).

For the most part, Lenny’s work consists of applying econometric theory and several methods to interpret the results from all the collected data. For this purpose, she also does a lot of programming, mainly in the programming language R. All this data analysis is not done without purpose. Lenny and her colleagues publish them in reports which are used by the government, the European statistical office Eurostat, and are published on the Statistics Netherlands’ website where it is available free of charge to the public. This certainly implies that the results of her research often play a key role in government policy. As an example she cites the influence of higher life expectancy on the debate about the official retirement age (the age after which Dutch citizens receive a state pension). The results of her research are also often published in press releases, which she often writes herself.

We were quite curious about the pressure she feels with all these important releases. Lenny responds that work pressure is not that high. The only deadlines she has are when she has to publish her forecasts. However, with her team of professionals, this is never a problem.

After this interesting interview, we took the elevator back down and said goodbye. We thank Statistics Netherlands for giving us the opportunity to take a look inside and Lenny for making time for us and for this pleasant interview. 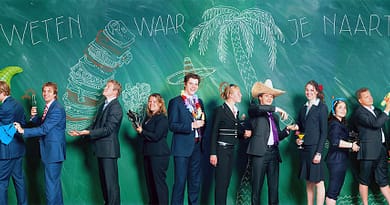