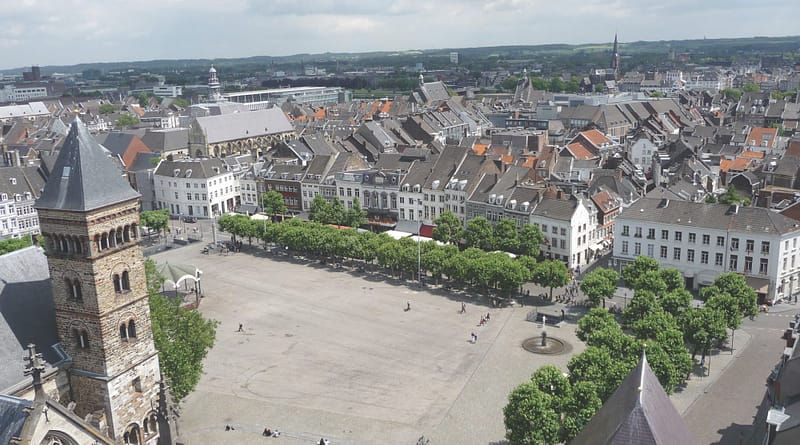 On a bright Monday afternoon we traveled all the way down to the very south of the Netherlands – Maastricht, where we were to meet with the econometrician’s association at Maastricht University; SCOPE | Vectum (an abbreviation of Verenigde Econometristen Uit Maastricht).

We hop on a bus and are surprised to find it taking us straight through Maastricht’s city center. After crossing the river Maas and passing the St-Janskerk we immediately decide we will walk our way back as not to miss out on the mentioned landmarks: in Dutch terms, the city’s traits give a unique, foreign feeling to any Northern visitors, already hinting at both the city’s and University’s internationally-minded attitude.Maastricht University (MU) is divided into multiple schools spread throughout the city. We find ourselves not more than a 2-minute walk away from the city’s large market, filled with café’s and bars, when we reach the front gate – a small, firm portcullis connecting directly to the road. It opens up to the University’s School of Business and Economics, consisting of a large building on one hand, which holds the classrooms, and multiple smaller buildings on the other, where most of the study associations are located. After spending some time around the campus, we are greeted by SCOPE | Vectum president Jim Bemelen, who guides us to a characteristic building and up a small flight of stairs, leading to a cosy, authentic room. Vectum’s setup and the warm welcome they gave us fit perfectly with a small, hard-working association. Our conversation proved they are.

With a total of 240 members, SCOPE | Vectum is the smallest Econometrician’s association in the Netherlands, rendering their approach and character unique in a number of ways. “At Vectum, it is easy to get to know one another ,” Jim tells us, “especially with the large number of activities we organize.” The events are indeed plentiful – even though the larger part of Vectum’s members is always willing to participate, the activities do not have to be too extensive; for example, a weekly drink is held every Tuesday. Further helping to establish this high frequency of activities is the willingness of active members to get involved in organizing. For example, a member might have access to a location that can be used, or they might help out with decorations. The board members themselves, too, get involved where they can. “At our last event, the Oktoberfest, I assumed the role of bartender and DJ”, Jim laughs. About 20% of Vectum’s members can be considered active on paper, but other board members Ellissa Verseput and Fabiënne Verwey explain to us that the actual rate can be considered much higher: sometimes, a group of members propose a small activity they would like to be held. If accepted, these students are assigned as their own, temporary committee – an approach that has been fruitful in the past.

The small scale can also be found within the study itself. At Maastricht University, Problem Based Learning (PBL) is applied to a lot of studies. Econometrics, too, revolves around this principle of learning where students are placed into smaller groups, which then apply both the learned theory and their own orientation onto given problems/cases they have to solve. “In Econometrics, the difference between Maastricht University and other Universities isnot affected too much by this method, since problem-solving is often a regular approach,” says Ellissa.Fabiënne continues: “But it does allow for us to work in much smaller groups, supervised by a professor which allows for clear contact with the lecturers.” This also aids Vectum in organizing their study-related activities: not only are they able to keep in touch with the University, sometimes the professors can help out personally as well. A good example of this is the research lecture Vectum organizes, where a guest lecturer speaks about a study-related subject. At times, some of the professors voluntarily hold such a lecture.

Another large study-related activity Vectum organizes is the business trip, where students visit approximately four to five companies – a company a day – over the course of one week where they are introduced to the practical side of Econometrics. The trip also provides social activities: after visiting the companies, —› the students go out for dinner etcetera. “The right balance between formal  and social is probably why  we all like the business trip so much”, Ellissa mentions. However, the business trip also shows the downside of being a small association: when trying to find co-operating companies willing to open their doors, you are more likely to be turned down when there are simply less students coming. A shame, Jim mentions, because Vectum has a lot of members interested in visiting the diverse range of companies they assemble each year. Another factor making it more difficult to accomplish is Maastricht’s position as an international University: due to its locationbeing close to the border, the rate of international students, especially German ones, is very high. In Econometrics, about 20% to 30% of the students is German, making it difficult for them to connect to companies visited on the business trip. Because of this, Vectum has set up a new committee this year, focusing on getting in contact with German companies as well as helping out with translating correspondence and flyers to further connect to the German students. Vectum has since appealed to several German companies, but because of Econometrics being a relatively unknown study there, response is low – “though econometricians could certainly be of use there, as well. Luckily, we are now able to communicate properly thanks to the new committee.”This is just a small grasp of the hardships that come with the running of a small association”, which Vectum seems to handle so well.

Their capability was put to the test this year, as Vectum was appointed to organize this year’s LEVT – the national Econometrician’s football tournament. Jim, who had been planning the event for months, gives us a small insight into the things that needed to be accounted for. “Organizing the LEVT with a small group of people wasnot the hardest part – in fact, it allowed for close contact. One of the tougher things was for us to arrange everything on a location far away: as it is a national tournament, it wouldnot be reasonable for us to hold it in Maastricht, so we picked Utrecht.” Still, it should be mentioned that the amount of different aspects handled by such a small group of people was impressive. Arranging for sponsors, determining and ordering a correct amount of shirts and food for the participants, all had to be taken care of weeks in advance. “The process still isnot completely finished, either. Right now we are still taking care of compensating travelling costs and collecting contribution funds. Overall, the LEVT was a fun challenge for us.”

In the coming years, however, Vectum could be looking at a large growth in members: 2 years ago, the University welcomed 60 new Econometrics students, whereas this year nearly a hundred people signed up. And Vectum? “All students are welcome, of course – more so, no fee is charged for membership!” We conclude that, whatever Vectum’s size, the association will not lose its character  and thank the board for their time. • 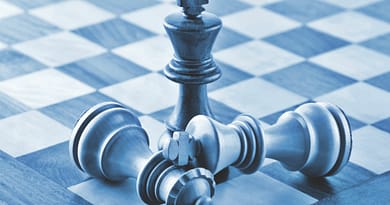 Cultural Differences Between The Netherlands and China