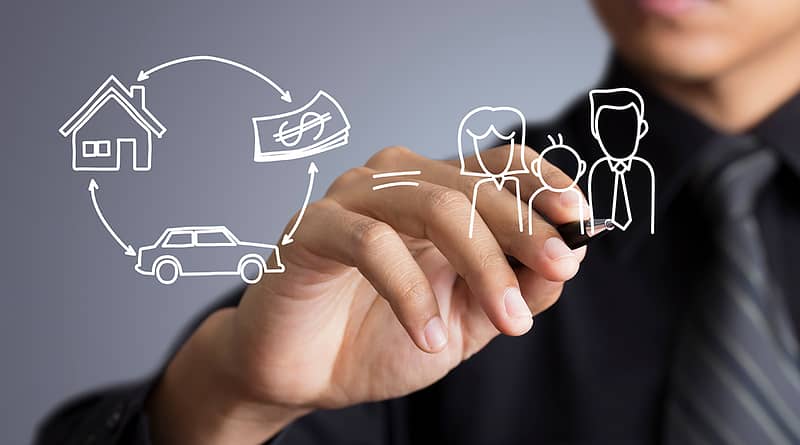 On a Tuesday afternoon, Julia and I went to see Pieter-Jan van Kessel in Utrecht. You might not know him, but only half a year ago he was still studying at the same lovely university as many of us do. After his graduation  he started working full-time, and therefore we checked up on him and asked him about his experiences during the last half a year.

Pieter-Jan was born in Den Bosch. He was raised in Kerkdriel, a town near Den Bosch. For a long time, his biggest hobby was playing tennis (something that was also featured in a past issue of Nekst, because he was pretty good at it). He started studying in Tilburg in 2010, and he also was an active member of Asset in those years. He liked the idea of studying Econometrics and OR because he wanted to do something with mathematics rather than with physics or chemistry. Pieter-Jan evaluated different options, such as technical mathematics in Eindhoven, but he did not like the atmosphere there. Econometrics and OR still has that practical view, and the city of Tilburg was also appealing to him.

Life at university
For his Master’s degree, he chose QFAS. He cannot really state why he chose that master, though. Everything was ‘just fine’ for him, because in his opinion, it does not matter much which master you do anyway and all the master programs were quite enjoyable for Pieter-Jan. In this period, orientation on the job market became more important. Joining in-house days at, for instance, insurance companies and banks was not that rare for him those days. Eventually, before finishing his studies, Pieter-Jan went on exchange to Canada for half a year.

In business, the output is eventually for the client rather than for you

In the end, he found that strategy consultancy and consultancy were interesting because you see many different things in these kind of jobs. Strategy consultancy was not mathematics-oriented enough for his taste, though. A short time ago Pieter-Jan started as a consultant at PwC in the so-called “PAIS” department, which stands for pensions, actuarial and insurance services. It needs little intuition that this department has insurances, pensions and risk management as pivotal subjects, but also data analytics is very important and, not surprisingly, a somewhat new subject. Actually, Pieter-Jan started off as a working student at PwC when he was writing his master thesis, and kept being on the premises afterwards as a consultant. The range of clients is very broad: all sorts of companies from the finance sector are possible clients.

His perspective on the job has changed significantly since Pieter-Jan started his job, basically because ‘you just do not know how it works when you start the job’, according to him. The contact with clients and just working altogether changes the entire perspective on the job.
Pieter-Jan himself is mainly working on the topic of data analytics, a topic that is pretty new. This means that there is a lot of freedom in his work. Machine Learning is one of the important elements at the moment, for which Pieter-Jan works together with mathematicians and some fellow econometricians. Apart from that, there are many conversations and connections with different clients.

A strong foundation
The connection between Econometrics and OR and the job of Pieter-Jan is pretty obvious. In the actuarial part of his department it is very easily seen, but in data analytics there are quite some connections too, especially in knowledge and way of thinking. The biggest difference to EOR in theory is that usually you cannot apply theoretical situations one-to-one on a case study. The analysis of these cases remains the same, but an answer is not found that easily. One has to, more or less, search for the solutions by applying different, to Pieter-Jan still unknown theories or case study solutions. Still, the way of thinking remains the same and is the most important core of the study.

The workload can be pretty high for Pieter-Jan right now. For instance, he sadly does not play that much tennis anymore. It is difficult to combine this with his work, although he wants to play more in spring. The scarce weekend days he has, he likes to spend with his girlfriend, friends or family.

Job description
A working day consists of many different things and because of the nature of Pieter-Jan’s job, it can be vary hugely from day to day. At least he always spends the biggest part of the day behind his computer, looking up different things or programming. Apart from that, there is the client contact and different meetings, both internal and external. He has a meeting once a day on average. Client contact can vary a lot though, sometimes they want more contact, sometimes even to the point that that he works for the client for some weeks, though other times one or two presentations do suffice.

Pieter-Jan is very interested in his newest client, he said: “This is very awesome!” He cannot give us the name, but some bank needs a new server with software containing two new algorithms. Pieter-Jan and his partners have been asked to create this server and the algorithms (or rather, the machine learning algorithms are already written) etc. They need to work with large data for cluster analysis and anomaly detections, which consists of roughly two terabyte of data. Therefore, a server is needed. Internally, the bank also does nice things, according to Pieter-Jan. For instance, he likes that they forecast who can or cannot repay their debts and try to detect the laundering of money (which is where the importance of his project comes in), and quite some more different things.  Another important part of his job is translating ‘uninteresting’ data (at least for someone who did not study up on econometrics for five years) to something that is understandable for clients, especially in the management sections. One interesting way to do this is using smartphone applications. He rarely writes reports and also does not like that, really. The client is usually not interested in ‘long and unappealing’ reports while they just need the insights and core of the story. This project is full-time because of the large scale of the project, but this is not always the case. Sometimes, Pieter-Jan is working on three or four projects at the same time. He likes to work on different projects in the long run, but prefers to work on one project at a time.

Personal development
For those that like to do different things, there are options aplenty in the company. In addition, many different training options and event options are possible. For instance, there are trainings on presentation skills, trainings on becoming an actuarial and Pieter-Jan also joined in on a big data exposition. Moreover, there are events in Europe for the whole European part of the company to discuss about all the knowledge.

As already stated, Pieter-Jan uses the analytical basis which he learned at Tilburg University. Many other important things you do not learn there, though. In part this is just on the interpretation side, so you know more about different companies and can advise them better, but there are also some main skills which are a little lacking. While it is very important to be able to present your projects in company life, it is not too common at the university. Programming is also very different at a company: at the university Matlab is used, while Python and R are mainly used in business. If you only participate in the studies themselves, organizing and having meetings is also a skill one possibly lacks, but many students join in on some study or student association or, for instance, travel. All of this enhances these skills and companies like that. One final notion is that in the studies, you work alone a lot of times and for yourself as well, usually. In business, the output is eventually for the client rather than for you.

All in all, Pieter-Jan is looking like he is really having fun. Especially talking about the aforementioned upcoming project at the bank really makes him get all fired up. He misses some things about his student life, such as the student residence he lived in. Still, other good things come to you in the end; Pieter-Jan almost has his own house right now. As a final tip, Pieter-Jan came up with something interesting: He stated that everyone should go abroad. His experiences in Canada were great, and before starting to work is the ideal moment to do this. You still have many foreign opportunities when you join a big company as Pieter-Jan did, but going on exchange during your studies really is the perfect moment and it is good for your eventual job, too. 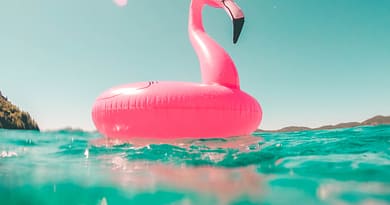 The 2020 dream: Holiday outside the country

Search Engines: How Do They Work?