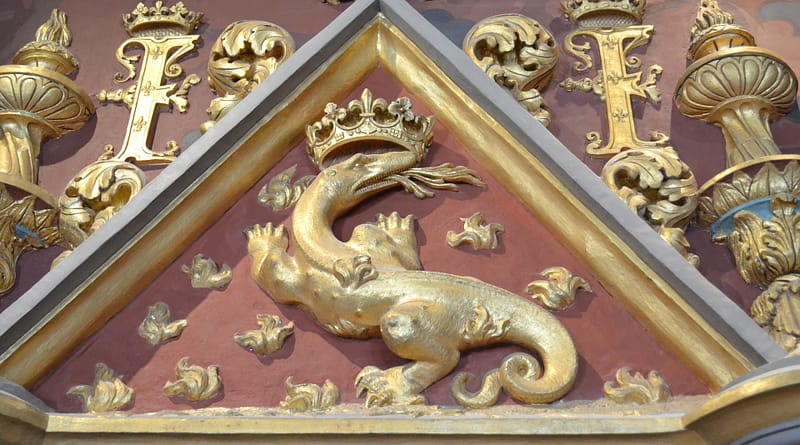 When the presidential election between Donald Trump and Joe Biden took place in the United States of America last November, the whole world seemed to be watching. Since this country has such a powerful position in the world, its political decisions are of great interest globally. Their political system differs quite a bit from the Dutch system: alongside a president, there is a congress that includes a Senate and a House. The United States is divided into 52 states and every state provides two senators and a proportional amount of representatives in the House. To determine the number of representatives per state, these states are divided into districts. The goal of these districts is to create an adequate representation of the population. However, how should these districts be distributed to ensure that this goal is reached? Written by: Patrick Floor and Nienke Keuning

Every political party would want the upper hand within the district elections, as these determine the representation of one’s party in the government. Hence, districts are often drawn in a way that is beneficial for the outcome of the district elections. The determination of such politically strategic boundaries is a phenomenon called gerrymandering. The term gerrymandering is named after the American politician Elbridge Gerry, who was the governor of Massachusetts from 1810 to 1812. He passed a bill that created a partisan district in the Boston area with a shape of a salamander [1]. The goal of gerrymandering is to get an advantage for your own party against the opposing party. How gerrymandering works best is explained with the following example.

Suppose we have a state with a total of fifty people, where five representatives will be chosen. Thirty people belong to party A (green) and the other twenty people belong to party B (yellow). This means that 60 percent of the state would choose for the green political party, while 40 percent of the state would choose for the yellow political party. Figure 1 shows three grids representing this state and its citizens. As can be seen in this figure, district boundaries can be drawn in several different ways. Consequently, this influences the outcome of the chosen state representatives. In the first grid, green gets three representatives and yellow gets two representatives. This is the fairest outcome since it exactly portrays the proportion between yellow and green. In the second grid, the green party obtains all five representatives as green has more votes than yellow in every district. It can be easily seen that this does not adequately represent the political beliefs of the citizens. In the third grid, yellow obtains three representatives and green only two. In this way, the yellow political party has the upper hand while having fewer members than the green party. This example perfectly portrays the influence that district boundaries have on the district elections [2].

Ballotpedia states the following about redistricting in Pennsylvania: “District locations and numbers differ between the two maps. The map adopted by the state supreme court split thirteen counties; the 2011 map split 28 counties. Had the 2018 map been in place during the 2016 presidential election, Donald Trump (R) would have won ten districts and Hillary Clinton (D) would have won eight. In 2016, at which time the 2011 map was in place, Trump carried twelve districts to Clinton’s six.” [3]

Now that the way in which districts are drawn in America has been discussed, it is interesting to look at other possible ways of holding district elections.  Take the system of ‘Single Transferable Vote’ (STV), for example. This system is used to elect several representatives rather than one leader, like the district representatives. On an STV ballot, the voter can put several candidates in the order of their preference. A voter usually has more than one candidate whose ideas are to their liking. One can vote for different people of the same party, or rather base their vote on the personal ideas and goals of the candidates. As soon as the first choice of the voter has enough votes, or on the other hand, has no perspective of winning, the vote will be used for the second choice candidate in the list of preferences. In this way, none of the votes are lost. With the current system, if it is known that a candidate has no chance of winning, it would be illogical to vote for this person. The vote would get lost. However, with the STV system, one does not have to worry about votes getting lost, and even less popular candidates have a bigger chance of being elected. Take for example citizen A who voted for candidates A, B, and C in this order. Since candidate A is very popular, no votes are needed anymore for him or her to become a representative. So, citizen A’s vote is transferred to candidate B, who now has more chance of becoming a representative too. Another advantage of this system is that strategic voting is substantially more difficult to apply than the voting system currently used. This is due to the fact that the STV system is NP-complete [5]. The practical significance of the notion of an NP-complete problem lies in the belief that such problems are inherently intractable from the computational point of view. Meaning, NP-complete problems are not susceptible to efficient algorithms. Moreover, any algorithm that correctly solves an NP-complete problem will require, in a worst-case scenario, an exponential amount of time to solve. Hence, it will be impractical for all but very small instances. In other words, a researcher who faces such combinatorial optimization problems will not be able to find an efficient algorithm to solve the problem. Strategic voting is voting with the end result in mind, rather than voting for a certain candidate. What is happening in the current system is that the political campaign is aimed at certain areas to get more votes there in order to win the whole district. However, with the STV system, it is much more difficult to figure out which areas will be deciding factors in the election. Hence, it is nearly impossible to implement strategic voting in this case. Nevertheless, a downside to using the ‘Single Transferable Vote’ system is that it is harder to carry out on a large scale since the counting of the votes is more complicated than with the current system. In addition, more candidates have to be chosen, which requires more time and effort from the voter [5].

Understandably, gerrymandering is the preferred method when it comes to the state elections in the United States. Since it is used for the benefit of both parties, it is not very likely that other methods will be implemented very soon. Even when it is so evident that this phenomenon causes misrepresentation, it is a process that will take years before anything changes. So, for now, the United States will keep on ‘gerrymandering’.

[2] Ingraham, C. (2015). This is the best explanation of gerrymandering you will ever see. Retrieved from: https://www.washingtonpost.com/news/wonk/wp/2015/03/01/this-is-the-best-explanation-of-gerrymandering-you-will-ever-see/

From Barter to Bitcoin