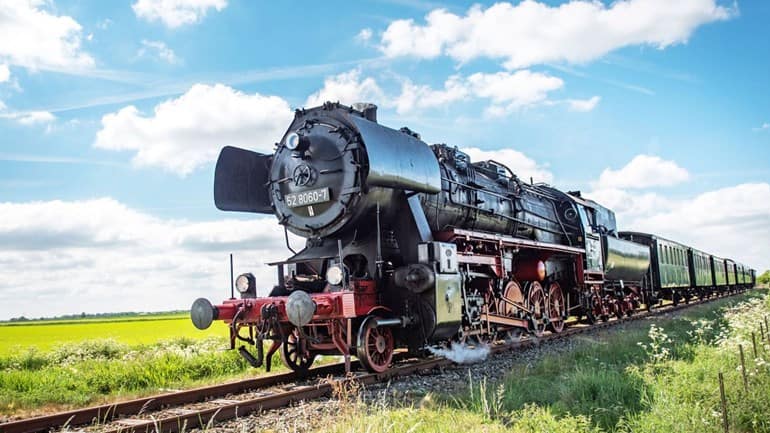 After a long Fall, keeping up your social life, relaxing and lying in the sun, it is again time to flex you brains. For this purpose Nekst provides you with a puzzle about obtaining a free ticket to the cinema. So grab a pen and paper and enjoy yourself with solving this puzzle.

A train is being loaded with letters of different sizes and weights.
The A weighs in at 1 ton.
The B weighs 1/2 tons.
The C weighs 1/3 tons
…
The Z weighs 1/26 tons

Example: the word is WAGON

The first letter weighs 1/23 tons, so this is a W. The second letter weighs 1 ton, so this is an A. The A cannot be added to the first wagon
since this would exceed the maximum weight of the first wagon. The three last letters weigh a total of 59/210 tons, there are two possibilities for this combination of letters: FOU or GNO. WA and FOU does not form a word. WA and GNO does, rearranging this combination of letters form the word WAGON.

What messages are hidden in the following trains?

The puzzle of Nekst 1 was not an easy one. Nevertheless I succeeded in solving it. I tried a lot of different methods and therefore it is difficult to explain to you what was the best way to solve the puzzle. Sometimes it was nothing more than trial and error. Since I am only a second year Bachelor EOR student, I did not use very difficult algorithms. I only used a paper and a graphical calculator ( a simple one could fulfil too). Other things I used were logic and help and support of my family and some friends (special thanks to Thijs Kramer).

I could see there were three trains, so I knew the solution consisted of three words of 7, 5 and 13 letters per train respectively. Two wagons had only 1 block so I already knew 2 letters of the puzzle without calculating anything. In the other wagons the prime numbers were very important.

If you try this with the first train, you will get the same letters as I did, namely strasic. First I tried to google for the meaning of this word, but of course that did not work. Thijs Kramer gave me the hint of thinking as logical as possible. Later on I understood him. He meant that the solution was only logical for Asset | Econometric students, namely Astrics. In the same way I struggled with the second train because ksent is no English word either. My mother suggested it might have something to do with the study association. After that moment, I understood that the second word was Nekst.

The third train was the most difficult one because there were more solutions possible for some of the wagons. There were 3 wagons with 2 or 3 possible letter combinations. A solution with the word puzzle or prize in it were the most reasonable answers. Searching on a special website for creating words (internet is always helpful and I thought it was not cheating) did not give me the answer. I wanted to give up because it was only a puzzle (which has already cost me more than 6 hours). At last I tried a letter combination and asked my father: “ Is Pulitzer prize something?” I thought it was silly. The website gave Pulitzer as a possible solution , but I thought it did not mean anything. My father explained to me that the Pulitzer prize is a prize for literature and art. Finally I had the solution of a difficult mathematical and logical puzzle: Astrics Nekst Pulitzer prize.