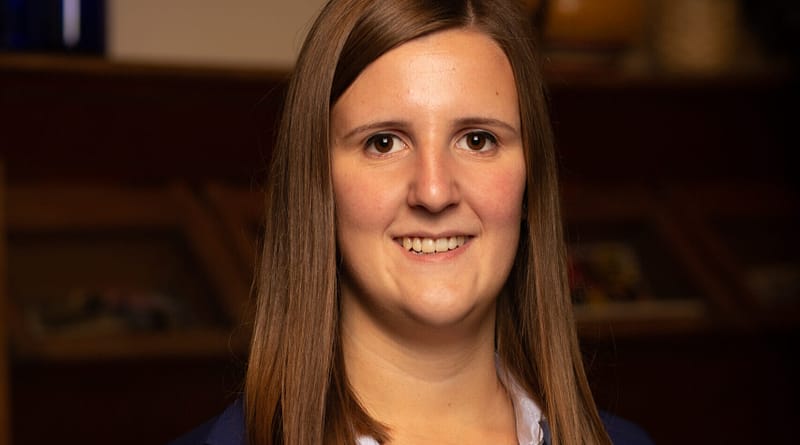 When I was asked to write this exclusive article for Nekst-Online, I realized once more how different my board year had been from the ‘usual’ board years in the past. I read articles about finding the right balance between fun activities and work, working late hours, seeing sleep as ‘just an emotion’, and having to catch up on sleep on the weekends, it was something that we did not have to do in our board year. We certainly had fun, but it surely was different. Written by: Michelle Luijten, Secretary 2020-2021

We started the journey of our board year before summer with only a few COVID-19 limitations. We were asked to come to a secret location and tell no one about it. We were all blindfolded, loud music was put on and we were lead to the same room. When we were complete, we were allowed to lift our blindfolds and saw each other for the first time. Well, for the first time, of course we had all seen each other before at events, but knowing that this would be our team for the rest of the year created a special bond in an instant. In the weeks that followed, we already had some fun nights together in secret before we were announced as candidate board. Before the announcement, there was a sports activity, where we were expected to act as if we did not have a double agenda. Because of the lockdown, I had seen my fellow boardies more often than my friends in the last weeks, and therefore it felt strange to hear Juul and Stephan have the same conversation as a few days ago, just to seem less suspicious.

After the announcement, the handover period began. Next to learning a lot from our predecessors, we enjoyed the relaxation of the corona measures by going to a lot of announcements of board members of other Asset departments. We even went on handover weekend (to Denise’s hometown as a matter of fact) and were fully prepared for our inauguration. But then corona struck again… After the TOP-week, half of Tilburg seemed to be infected and we deemed it not responsible to continue our constitution drink. This hard decision was one of the many yet to come.

During the past year, I have learned a lot of things about my fellow board members, about contrasting opinions and viewpoints, running an association and most of all myself. I have learned that it is good to look at the things that are possible, not the things that aren’t. As we started the year with hoping for better times and rescheduling events as much as possible to the second semester, we changed our strategy into letting events continue as much as possible. These events were of course in a different setup than usual, but this gave the opportunity to come up with completely new ideas. For once, committees had a completely blank sheet for their events, with only the date filled in for them. It was great to see how committees responded to this and became creative with the organization of their events.

Of course, online events are different from the usual physical events, but we noticed that sitting in small groups (of course according to the group size that the RIVM allowed) and connecting through the screen with other groups, opened a new world. We had just begun to include this more and more in our events when unfortunately the RIVM rules became stricter and the curfew was introduced. As many people in the Netherlands, we were discouraged at first, but then we decided that we would not let it stop us and decided to keep organizing events.

We managed to make the best out of it by organizing our very own online After Exam pubquiz in which almost 90 students participated. As this was in the week after the exams, a lot of people did not have lectures and were happy to participate. It was great to see so many people showing up, even though I am sure that lots of members had participated in online pubquizzes before. To see that so many people were having a good time, brought a lot of joy and energy.

After the pubquiz, more and more events took place in a hybrid form, having people sit together in smaller groups while connecting with others via Zoom. Of course, there were some restrictions from time to time, but seeing the creativity of committees while thinking of online alternatives for their events also had its charms.

As was to be expected, also our Active Members Weekend (AMW) was canceled as the circumstances did not allow us to visit a location with 60 students and stay there for the weekend. Since I was the coordinator of this committee, I felt extra bitter that we needed to cancel it. However, the positivity of the committee shined through as they came up with an online alternative: Ik hou van AMW. The evening was entirely based on Ik hou van Holland, and we even played the game of ‘kaaswerpen’ as an online variant. The committee was so enthusiastic in their preparations, that they designed their own beer labels for the beers in the goodiebags and designed their own stock of cards with their logo and additional objects on it. Until today, almost no one has found out that the beer with special beer label was actually displayed on the logo on the stock of cards.

As we have all been warmed up by the Ik hou van AMW event, I am very happy to announce that there will be a ‘real AMW’ on September 3-5, 2021! We have high hopes that it can then continue in regular form, so fingers crossed!

Around the same time as Ik hou van AMW, my birthday took place. As this was in the middle of March, this year would be my second birthday in a lockdown. Originally, we would have an Astrics event on my birthday, so I planned everything with my friends and family on the days around that. However, this activity was rescheduled and therefore, all of the sudden, my birthday would just be like any other regular day. But then, my boardies came up with the idea of a bestuursuitje/mini birthday party. I did not know anything except that we would be together with the board, and that we would all dress up. When I went in my onesie to Juul’s place, I thought that I would be one of the first ones to arrive, but when they opened the door, all of the sudden the whole board was standing there dressed up while holding cake with lighted candles. The whole room was decorated and garlands hung all over the place. My boardies even started to sing birthday songs and we made a toast on what turned out to be a great evening.

This was one of the nights where I remembered how lucky I am to have met these wonderful people, and what we have all experienced together this year. As cliché as it sounds, we started as strangers, but ended up as a team consisting of friends. We have gone through difficult decisions, in which certainly not all of us seemed to agree at first. Even if we got tired of discussing, we always managed to find a consensus and drew a conclusion based on this. We have also shared many fun nights together, with committee members, boardies from other Asset departments, and with our very own ever changing ‘bestuursuitje commissie’ that prepared an activity in secret for the other boardies.

Even though I realize that we will all follow our own paths after summer, I know that we will still come together to look back at the past year and be proud of what we achieved. The way we held everything up and running in times of the pandemic, and the opportunities that came with it for innovating the association. We got the chance to implement our own vision and ideas more than ever, as the situation required us to get off the beaten tracks.

All in all, I can say that the past year has definitely been worth it, even though it was so different from what we expected at the beginning. There were of course a lot of things that were unlike other years, but I think that these situations were the ones that we learned the most of. While carrying with me everything that I learned this year, I am sure to catch up on all the fun things that I could not do. Therefore, I will answer to everyone’s question about my board year in corona times that it was definitely a year not to forget!

“Sleep is an Emotion”