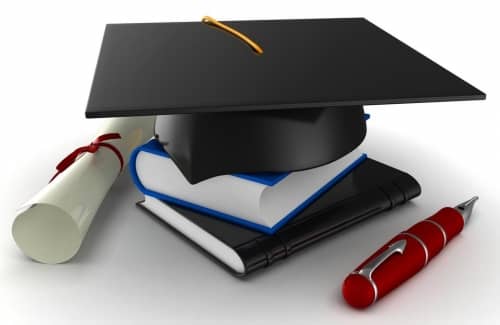 Theo Nijman is chaired professor in the Econometrics of  Financial Markets, as well as Pension Provision and Risk Management. He is also Scientific Director of Netspar.

Many students have difficulties with academic terminology. Let me try to help them out. Over the more than 25 years that I teach in Tilburg I heard a lot of references to ”school” rather than to “university”, to “lessons” rather than “lectures” or to ”learning” rather than ”studying”. The second is the academic term, in case you are still in doubt. Many students get even more confused when confronted with the academic hierarchy system. The word ”students” can refer to Bachelor students or to Master students, but can also refer to PhD students.

PhD students have a three-year job at the university, with the primary task to add to the existing body of knowledge by writing a dissertation, also referred as PhD thesis. Econometrics students are extremely well prepared to do academic research, and over the years the Tilburg econometrics program has trained many now very successful academics. Likewise many of the former PhD students now hold prestigious positions in society, e.g. in the financial industry. PhD students usually have a few teaching obligations and are then referred as “professor” by many of the Bsc and Msc students. Again, abuse of terminology, but once more the terminology is quite confusing. In the US terminology, all academic staff that has successfully defended their PhD thesis is referred to as “professor”, be it as assistant professor, associate professor or full professor in increasing level of seniority. In Dutch though, the terminology is “Universitair Docent (UD)”, “Universitair Hoofddocent (UHD)” and “Professor (= Hoogleraar)”. Full professors have gowns, but fortunately, they wear them at special occasions only.

A final element of academic terminology that I would like to explain is the inaugural address. Newly appointed professors get the opportunity to address the academic community in a formal ceremony (gowns for the professors!) and explain their plans for the future regarding teaching as well as research. I have given my first inaugural address in 1993. The topic back then was “De data van de econometrie”. Data here has a double meaning. I emphasized how important access to adequate data is for the development of econometrics. The availability of data on financial markets, has initiated the (by then) new subfield Quantitative Finance and Actuarial Science (QFAS) that I had planned to cover. But “data” also refers to where the boundaries of econometrics are to be placed. I pleaded for wide boundaries, for incorporating knowledge for economics and finance in the econometric model, rather than to stick to just a formal mathematical and statistical analysis. Those that attended my lectures in recent years will know that I have not changed my views ever since …

Oddly enough I got the opportunity to give a second inaugural lecture in 2001. One of the current third year students in econometrics, then a toddler, referred to this “my dad gets a second chair”, referring to the fact that professors in the Netherlands “sit on a chair”. Many pitied us, only two chairs is not much for a couple with three daughters. At the time, van Lanschot sponsored my chair and I pleaded for the use of econometrics to inform retail investors on investment risks. Those that take my class in Pension System Design will recognize the argument…

But again, I am a new professor. This time the research fund for social security (Stichting GAK) offered to pay part of my salary to stimulate research and teaching on pension related issues. Once again I get the opportunity to outline my plans for the future. This time it will even be a double lecture. Lans Bovenberg and the undersigned played together in the sandpit at kindergarten more than 50 years ago and now work closely together. While you might know Lans as one of the most productive Dutch economists, he was once trained in econometrics….The inaugural event is on November 14th, 2014, at 4.15 p.m. in the main auditorium. All students are more than welcome and drinks and snacks are provided, but only afterwards. 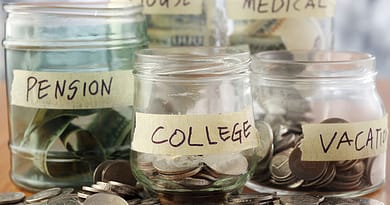