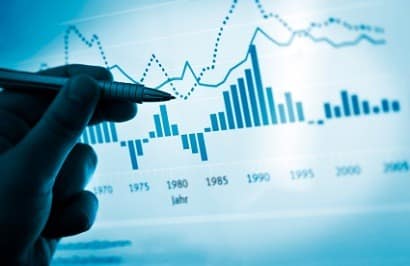 Theo Nijman is chaired professor in the Econometrics of Financial Markets, as well as Pension Provision and Risk Management. He is also Scientific Director of Netspar.

Neoclassical economics assumes that agents are rational. In line with this paradigm many econometric models assume that agents maximize well-defined utility functions. Reality is different. Over the last twenty years many real life phenomena have shown that human behavior is a lot more complex than standard models assume. A well-known example is the so called 1/n rule in asset allocation. Suppose, e.g., that an agent can invest in two different mutual funds: a risky (equity) one and a less risky (bond) one. The neoclassical model provides tools how to construct an investment portfolio here, e.g. Markowitz mean variance theory as taught in the first year. Now suppose an additional investment opportunity arises, a second equity fund, that is, apart from its name, identical to the first one. Markowitz theory suggests that the asset mix investment should stay as it was, say 50% in equities and 50% in bonds. Reality is different though, as many investors will tend to move to a 33% allocation to the first equity fund, 33% to the second, identical, equity fund and 33% to the bond fund. This is the 1/n allocation rule where n is the number of alternatives.

Knowledge of how people actually behave when confronted with choice options is vital to provide valuable advice to policy makers or individuals. In the pension domain econometric models can outline the significant welfare gains of saving for later timely, as at a young age. Nevertheless, all countries around the globe provide evidence that such information cannot convince individuals to start current saving voluntarily. A much better alternative is to ask individuals to commit themselves to save a substantial fraction of future salary increases, the so-called SMART (save more tomorrow) design. Alternatively one could enroll them automatically in a pension scheme that saves for them unless they actively opt out. The latter is implemented for example in the United Kingdom (the NEST initiative) and is currently seriously considered in the Dutch policy debate as well. It could be a valuable remedy for the self-employed who do not have mandatory participation in pension funds. Using knowledge about human behavior, the econometric expertise can be set to work in much more fruitful ways than denying it or forcing oneself to work only with “true” models that would take all aspects of human behavior into account.

The limitations of neoclassical economics are often also seen as one of the key ingredients of the financial crisis. Monty Python’s Terry Jones and Dutch economist Theo Kocken have recently completed a very informative, but also entertaining movie on the common drivers of all financial crises (see www.boombustclick.com). Many well-known economists support Hyman Minsky’s view that economies are inherently unstable because stability breeds overconfidence, which triggers de-regulation and additional risk taking and thereby creates a new bubble. Stated in more technical terms: they emphasize that towards the 2008 crisis all kinds of investment risks were so often repackaged and sliced again that the holders of the extreme risk quantiles had no idea of the actual risk level of their holdings. Their bankruptcy subsequently triggered that of others.

In pensions one of the main dangers of human behavior is that individuals tend to select pension products on the basis of their pay-off in next period rather than on the basis of long-run properties such as adequate income also if they get very old. In the United Kingdom the pension legislation has recently been changed and individuals are now allowed to spend all their pension capital as of the age of 55. In the discussion on Dutch pension reforms insurance of longevity risk is (in my view fortunately) still strongly supported by almost all. At the same time though, Netspar researchers (including myself) support the government in their search for more adequate risk sharing products, which also allows higher pension income in the first retirement years. Carefully econometrics will be required to balance the realities of financial markets and adequate risk management with human behavior. 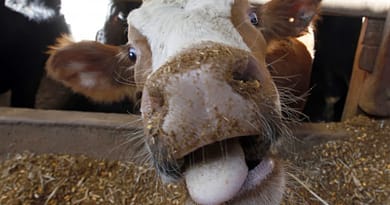