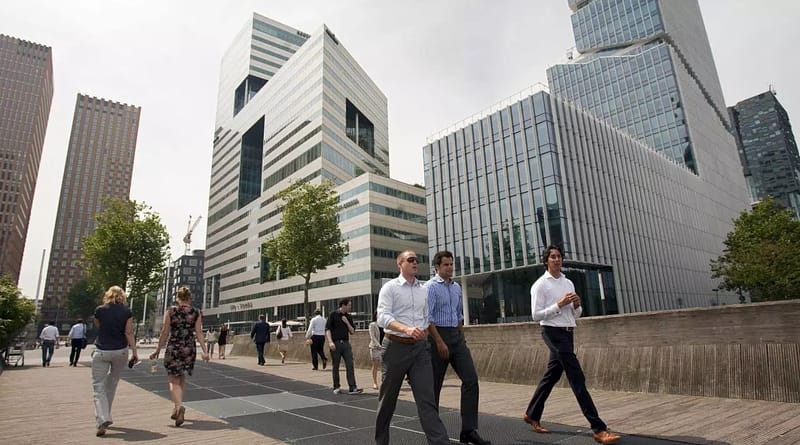 Unfortunately, the end of the summer is officially there. While writing this, it is pouring outside and the days are getting shorter. I am sitting in the train and for the first time in these past months, I am glad that I am inside the train instead of outside.  At this moment, the first month of lectures are finished, and summer might seem like a very long time ago, but I hope you all had a lovely holiday. This also seems like a good time to look back at the summer and give you some insights in what a summer of a board member looks like.
Text by: Anne Tacken

At the end of the academic year, the 40th candidate board of Asset | Econometrics was announced. This also meant that the end of our board year was in sight. The weather was good, and everybody was almost done with exams. We celebrated the start of the summer with a successful edition of the annual summer activity organized by the AMD Committee. With a group of 28 econometricians we visited theme park Toverland in Sevenum, where we went by bus. The sun was shining and we had a lot of fun. We ended the day at Ribs Factory in Tilburg. This was the last activity of the academic year, and thus the last activity of our board year.

With the official start of the summer, the conveyance period started. Less members were in Tilburg, and the otherwise so crowded rooms were very quiet for a change. Time and space to make the candidate board familiar with all the ins and outs of the association and the daily work. For the External Affairs officers, the start of a very busy and important period.
As you are probably all familiar with, one of the main focus points of Asset | Econometrics is career orientation. We strive to be the bridge between students and companies, by bringing them in contact with each other, both in an active and passive way. Asset | Econometrics has a lot of partner companies, with whom we work closely together. Contact with the different partner companies is divided over the External Affairs and Internal Affairs. In the summer, partner conversations take place. During these conversations the collaboration of the previous year is evaluated, and new possibilities of cooperation for the upcoming year are discussed. Examples of these possibilities are participation in an event like the Econometrics in Practice Day, placing vacancies on the Career Portal of Asset | Econometrics, or conducting and placing an interview in Nekst. Besides that, also totally different things like an informal activity in the form of a BBQ where students and employers can meet each other, or the sponsoring of jackets or other merchandise, are part of the possibilities. With our lustrum year ahead of us, this year there are even more possibilities for collaboration. These partner meetings usually take place at the office of the companies.

Since most offices are located in the “Randstad”, and with an average of eight company visits a week during the summer, you can guess that this makes for a lot of train rides. Hence, Joris and I had a lot of quality time, so we got to know each other quite well. As a true gentleman, Joris would take care of the breakfast, and pay a visit to the Albert Heijn every morning to score some croissants and other bakery goods. At the end of the summer we had tried every single product the bakery department of the AH has to offer (with the spinach feta börek as an absolute favorite). Meanwhile, I would go to the Astrics rooms, where I would get all the stuff we needed and score a (free) double espresso for on the go. This definitely made our early mornings a lot easier. 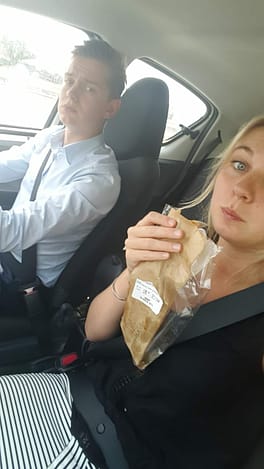 On some days, where we had to travel to a lot of different locations, we were lucky that we could borrow Quirien’s car, the Qmobiel. This saved us some long train rides during rush hour, which we are forever grateful for <3. During this period, there is of course a lot of incoming and outgoing mail and phone traffic, for which the travelling time could be used.  To give you an idea of what a week looks like (of an EA during the summer), I kept a diary for one week.

Monday
9.00 hours: time for the weekly board meeting. A good start of the week, catching up on everything everyone did last week and to discuss policy points and other challenges or topics that came to mind the previous week. In the summer these meetings can be very crowded and sometimes chaotic as both the current and candidate board are present.
11.30 hours: Nina and I have to leave early as we have a meeting at Zanders in Bussum.
We go there by car, as Nina will go home to leave on holiday later today. In the car we make a few phone calls.
13.30 hours: we arrive in time in Bussum, we miss a road exit and do some sightseeing.
14.45 hours: we had a good meeting and we carry a few boxes with goodies to the car which will be handed out at the EPD later this year. We continue our way to Utrecht, where we have our next meeting in the city center at 16.00 hours. After this meeting we are a bit in a rush, since the next meeting is at 17.30 hours. Nina is the female version of Max Verstappen, so we get there right on time.
18.30 hours: after a long day we get back to the car where we sing along to our holiday road trip list to get in the holiday mood. Nina drops me off at Den Bosch central station and she continues her way to Sittard.

Tuesday
Both Nina and Joris are on holiday so Rachel and I are on the road together, for old times’ sake. We have a meeting at 11.00 hours in the Zuidas area in Amsterdam. This will be the only meeting for today. Afterwards we head to Bagels & Beans, and after a lovely lunch we take out our laptops to answer emails and to work on some documents that need to be finished. Rachel has a meeting with the koala-committee in Utrecht at 19.00 hours, so we stay here until she has to leave. My dad happens to be in Amsterdam and he will pick me up in the Zuidas area so that I can drive home with him to Sittard.

Wednesday
On Wednesday morning we have a meeting in the sunny south of the Netherlands, in Heerlen. As we had to be there early in the morning, I stayed the night at my parents’ place in Sittard, so I could sleep a little longer. My dad has to be in the neighborhood of Heerlen, so we pick Rachel up from the train station in Sittard and drive to Heerlen, where we are dropped off at the office of APG. Three hours later we are sitting in the train and we are about to reach Eindhoven. Then Rachel notices that she lost her phone (if I would have gotten a euro for every time Rachel lost something this year…). After some phone calls we figured out that, in a mysterious way, the phone ended up in the car of my dad. As he would be in Weert one hour later, we got off the train and took the next train back to Weert to wait for him at the restaurant “Antje van de Statie”. In the end, we had a very nice and productive afternoon and, 4 hours later than originally planned, we arrived back at the rooms (with our phones).

Thursday
Two meetings today, one in Amstelveen and one in Den Bosch. We can borrow the Qmobile and Judith joins Rachel and me on the way there. Nice and fruitful meetings. In the time in between the 2 meetings we work on finishing some final documents and answer incoming mail.

Friday
In the morning we catch up on the mailbox and work on other tasks that came up during the week. In the afternoon, we have one more meeting in Amsterdam at 15.00 hours. After this, time for Thai food, weekend :).

During a board year you get a lot of questions about what it is you do all week. I always found it very hard to answer that question. Now, I was asked to write something about what we do all summer, as we are gone all the time. This was an even harder question to answer. By writing it down in a diary kind of way I hope that I gave you an idea of what we (or at least the External Affairs) do all summer.  I really enjoyed this period filled with travelling, meeting lots of people, and having interesting conversations.

Caution, cliché alert:
During my board year as the External Affairs of Asset | Econometrics, I got to meet a lot of interesting people and companies which, above all, I found very nice and fun to do. But next to the fun part, I gained valuable insights in the differences between companies, between different working fields and different company cultures. For me personally, this has been very helpful in discovering what I find important and what I want to do next.

Looking Back at a Beautiful Board Year

Turn the Odds in your Favor