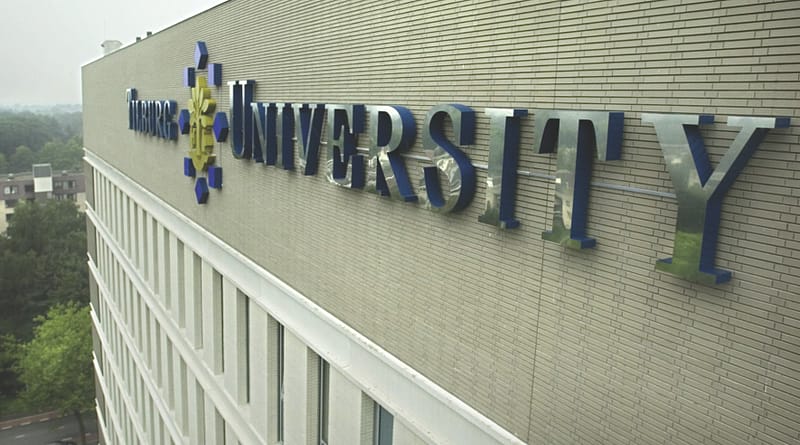 Other
July 10, 2013January 22, 2014 Nekst-Online
If you want to meet a professor from the EOR department, the fifth and sixth floor of the Koopmans building are the places to go. But, what happens at the department besides the educational part? In order to give a picture of achievements and developments of the EOR department in Tilburg, we arranged a meeting with Tobias Klein.The Structure
After studying in Germany, the UK and the US, Tobias Klein became a member of the EOR department at Tilburg University and a member of the department’s management team later on. The EOR department at Tilburg University has a clear structure and is well-organized. First of all, there is a head of department, who is involved in all important decisions that have to be made. Then, there is the academic staff, also called ‘faculty’, which are all full, associate and assistant professors. The department also has postdocs working there, who are quite alike assistant professors, but they are less involved in the core businesses of the department, such as teaching.

On top of that, Ph.D. students work at the department. They are part of the department, but they are not official faculty members. Their main tasks are teaching classes and working on their thesis. In the US, Ph.D. students are considered to be students, whereas in the Netherlands they are employees of the university. They have a lot privileges, e.g., Ph.D. students get a lot of time to work on their thesis, are paid for it and have at least one supervisor, whom they meet with on a regular basis. But, because they will probably leave the department, for example to go on the job market after having finished their Ph.D., they are not involved in the core business of the department in the way other members of the department are. Lastly, there is a team of secretaries, three in this case, and one management assistant. They do a great job dealing with a lot of things and have a lot of work to do, because the EOR department at Tilburg University is rather large.

Achievements
Over the years, many prizes have been won by members of the EOR department. Moreover, many prestigious grants have been awarded. Among them are several VENI, VIDI, and VICI grants, which are handed out by the NWO (Nederlandse organisatie voor Wetenschappelijk Onderzoek). Anja de Waegenaere and Jaap Abbring received a VICI, a grant for senior researchers; Roger Laeven and Etienne de Klerk received a VIDI; and Otilia Boldea and Mitja Stadje received a VENI. These grants are one of the largest individual grants in the Netherlands and are handed out to stimulate an innovative line of research. Besides that, this year Ruud Brekelmans and Dick den Hertog won the Franz Edelman Award because of their research on Dutch dike heights, which is the same prestigious prize that was won last year by department member Hein Fleuren. The prize was handed out in Texas and is a prize for Operations Research projects that have a big impact on society.

The prizes which are won by members of the department are mostly based on publications of papers. Generally, publications are considered to be a good (but not perfect) measure of the quality of research. And there is a convex relationship: a publication in a journal that is twice as good is worth much more than two publications in another outlet. The rankings of universities are also based on publications in the best international journals. Another measure that can be applied is the number of times a certain article is being referred to or how often a paper is quoted by others. One of the most prestigious journals in econometrics is Econometrica. Some of our department members have managed to publish there, for instance Jaap Abbring and Arthur van Soest. Being in the board of such a journal is very prestigious as well and only happens if you have published very well. Both Jaap Abbring and Bas Werker achieved to be in that board, which is a great honor.

Qualities of the EOR Department
You may ask yourself how it is possible that so many prizes are won by the EOR department. Tobias Klein thinks that one of the main reasons for this is that the EOR department at Tilburg University is internationally orientated. Many qualified employees are hired from abroad. The department puts a lot of effort into selecting the right people. To become a member of the EOR department, you have to go through a long procedure. The people that select new members go abroad to interview twenty to thirty people. Then the candidates come for a ‘fly-out’ visit for a day and give a talk at the department. Even though the search is very broad, a lot of members of the department and also other departments in Tilburg come from the University of Mannheim, such as Martin Salm and Tobias Klein himself. The reason for this is, according to Tobias Klein, that the Netherlands are not far away for them -as they are German- and besides that, the differences in culture are not that big.

Tilburg is well-known abroad, especially for research. If a new vacancy becomes available, the department receives many applications. This shows that people are well aware that the EOR department at Tilburg University is a great place to work. According to Tobias Klein this goes back 25 years, when CentER was founded. People from abroad are familiar with CentER, for example from publications in the best journals. Then they become interested in Tilburg, because they know that very good researchers work in Tilburg and if they are asked to give a seminar here, they consider it to be of high quality. In this way the EOR department at Tilburg University is a substantial part of the econometrics community.
Another reason why the EOR department does so well is the nice atmosphere at the department. A lot of international researchers work at the department and the people are critical, which is a good thing. Internal events, such as internal presentations, take place on a regular base and provide the researchers with feedback from their colleagues. Also, it is quite common that faculty members read each other’s work and comment on it. Other interesting activities of the department in Tilburg are the two seminar series, one in Econometrics and one in OR. During the semester, almost every week an external speaker from abroad visits the department to give a talk about his or her work. They also meet the department members and have a lunch and dinner together. The department members can discuss their own work with the speaker, but also the work of the speaker. In this way they can learn from each other, and this is the reason why the seminars are very inspiring and stimulating.

Cooperation
The EOR department is well connected to other departments in the Netherlands. Information between the departments in the Netherlands is flowing and also sharing speakers at seminars is a part of that. Once a year a conference takes place, called ‘Netherlands Econometrics Study Group Meeting’, and is organized by all econometrics departments. Besides, department members work a lot together with other economists from the economics department. For this, also Netspar, the Network of Pensions, Aging and Retirement, plays an important role. Netspar is based in Tilburg and brings together academics from all over the place. Some department members also cooperate with members of the law department in TILEC, the Tilburg Law and Economics Center, since they are interested in similar questions.

But not only research, publications and winning prizes are important for our professors; teaching is also very important according to Tobias Klein. The division between doing research and teaching differs between the all professors. Everyone conducts research, but when someone does very well in research or gets a grant, he can focus more on research and less on teaching. Some other professors like teaching and focus more on this. Doing research is good for teaching, and teaching can be inspiring for research. One thing that is sure is that not only success in doing research is appreciated, but also success in teaching. Winning the Lecturer of the Year Award is valued very highly, since it is a great honor for professors to win this prize! 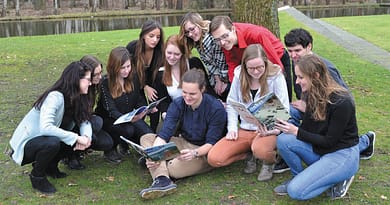 Acropolis, Gyros and lots of fun