Skip to content
Other
July 18, 2013January 22, 2014 Nekst-Online
On Tuesday April 16, Daniëlle and I had the pleasure to travel to Amsterdam, the hometown of two study associations for econometricians. The one we were going to visit is Kraket, which is a contraction of the Dutch words ‘Kritische Aktuarissen en Econometristen’ and is linked to VU University Amsterdam.After we arrived at station Amsterdam Zuid, we were surprised by the amazing skyline that this area has. It turned out, that the VU University is situated in the heart of a major Dutch business center, the Zuidas. We walked for a few minutes between the tall buildings that made us think of big cities like London and New York, and then we found the university that is easily recognizable by its logo, a blue griffin.Kraket
On the third floor we found the office of the Kraket board where we were warmly received by Pim, the secretary of Kraket. The office looks cozy and we find out it is a very vivid place, since members are constantly walking in and out. Pim tells us, however, that they are going to move within a few months. The new office is more modern, offers more space, and will be for Kraket only. At the moment the room is divided into several parts, of which Kraket owns one side. In the other parts three other study associations are located.

Study association Kraket is led by four board members: Daan, Pim, Esther and Sina. Besides these driving forces the association can rely on approximately fifty active members. In total Kraket has 405 members, all studying Econometrics and Operations Research. Every year about fourteen committees keep things running, resulting in a very vivid and energetic student life. Kraket was founded in 1972, so last year they celebrated their 40th anniversary. “Over the past four decades, Kraket has changed a lot,” Pim tells us. “Every year we got a little bit more professional. Especially the relations we have with companies related to our study have improved very much, resulting in better career opportunities.” The location of VU University is ideal for students to get a taste of the business world, where many of them want to work later.

For example, multinationals like ABN Amro, ING and Ernst & Young have their headquarters just around the corner. Typical career events Kraket organizes are Inhouse-days, case days or business tours where students can meet several companies on one day. Specifically to improve these formal relationships with the business world, Kraket has installed a business-relationship committee this year, which has the responsibility to keep in contact with companies.

Activities and Committees
Besides these formal activities, Kraket also offers its members lots of fun. Some typical drinks that return every year are the St. Nicholas drink, where the board has made a poem for every member. Also, the karting event is a yearly returning popular activity. One drink that Sina will never forget is the constitution drink, during which the new board is presented. “That was a rough night,” Pim tells about his fellow board member. Other typical committees are the internet committee, responsible for the online Kraket content, the gala committee, and the caseday committee. Then there is the ‘Kraket Weekend’ that takes place every year, for which all members are invited and that takes place on a secret location that only is known by participants when they arrive. Kraket also organizes a big study trip that takes place once every two years. This year the students went to Istanbul, to visit a university, the Turkish Central Bank, Shell, the Dutch consulate in Istanbul and much more.

Just like Asset | Econometrics, Kraket has its own magazine. The difference is, however, that they have separated the serious content from the more informal content. This means there are two magazines, the Sector and the Ecotribune. The Ecotribune contains reports of activities, a quiz, and lots of gossip. Readers of the Sector read about company interviews, the experience of former Kraket members, or articles related to econometrics or operations research.

How about the VU?
Both Pim and Esther are very satisfied about the way things go at VU University. Facilities like offices and computers are well provided, and the relationship with the department goes smoothly. Chairman Daan is responsible for contacting the department and on behalf of Kraket he can actively participate in many decisions of the university. Also applying for funding goes well most of the times, and there always is enough room to promote activities. Teachers are mostly friendly, and allow students to just walk into their offices in case of questions. There are even drinks that are visited by some of the teachers. Especially the ‘Boekenbonnenborrel’ that rewards students that pass all their first year courses within one year with a books voucher, is often visited by teachers.

Of course we cannot avoid asking their opinion about their fellow econometricians of the UvA, the University of Amsterdam. Surprisingly, we did not really hear much about feuds between the two universities. A major difference is the range of education. For example, to become an actuary, students have to go to the UvA, and to study operations research they have to go to VU University. They split up these different master programs. Also, Pim tells us that he is happy with his choice for VU University, since he believes its programs are more ordered and better organized, though he can only compare from what he has heard. Esther and Pim think of econometrics students from Tilburg as very nice people, and they have the impression that most of the students from Tilburg are quite serious about their study. Although they both like to be in Brabant during carnival, they admit that 365 days a year would be a little too much for them. After Daniëlle talked about some typical activities of Asset | Econometrics, we soon found out that our fellow students from Amsterdam were not familiar with one of the most popular student activities from Tilburg: the beer cantus. When we tell about this nice event, both Esther and Pim laugh and say they would actually like it, perhaps it would be a nice activity to add to the program in Amsterdam.

Of course we are also curious about the student life in Amsterdam. Chairman Daan, who originally comes from the southern city Den Bosch, says he likes it very much to live in our capital. The vibrant and international atmosphere brings a lot of new experiences with it. There are, however, also some things that make Amsterdam less attractive. For example, unlike in Tilburg, it is very hard to find a room in Amsterdam and if you find one, you pay lots of money for it. From a recent study it turned out that the average student room in Amsterdam costs €493,-, which is 45 % more than the average room in Tilburg.

After chatting for a while and talking about all the differences and similarities between Tilburg and Amsterdam, we realized that we had already been talking for more than two and a half hours: it was time to go. We would like to thank Kraket for giving us the opportunity to meet them, and we are hoping to be able to receive them sometime in Tilburg. 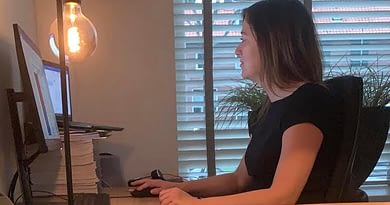 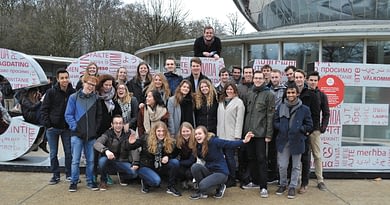