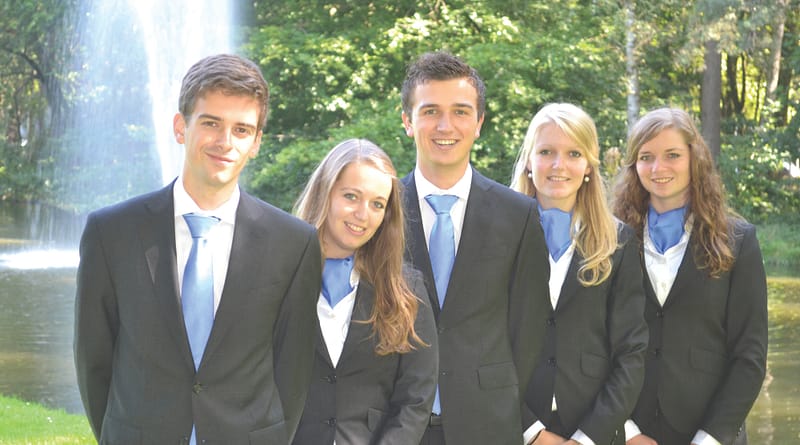 Funny and Annoying Habits
During a year of living together in E1.10, you really get to know your fellow board members and their special habits. Corné, for example, always left lots of chocolate spread on his knife, which made it more work to do the dishes. The workplace of Marleen could easily be recognized by the huge amount of post-its lying around. Cas was very critical, he even rejected a declaration of one of his fellow board members, because the receipt was stapled on the wrong side of the declaration form. A remarkable characteristic of Cas is that when he concentrates on his work, he does not hear what other people say. Often when he heard a good story or rumor about something that happened weeks ago, he complained that nobody told him earlier, even though it was discussed next to him in E1.10. According to the others, Daniëlle has a ‘prethoofd’ when going out and her smile gets bigger as the evening lasts longer. Daniëlle also adds one habit herself: she admits that she has a talent for wrecking computers. Lastly, Senna has the habit of tapping her pen on the table during meetings and to tell long stories during meetings with every detail thrice in it.

Evaluation
When it comes to evaluating the year, everyone admits that they would have done some things differently if they had the opportunity to do it again. Daniëlle was a bit stressed at the start of the year, especially about small and less important matters. During the year she became much more relaxed and enjoyed it more. Marleen, Senna and Cas think they would be able to do things more efficient since they have much more experience now. Corné would have considered the cost (in time and energy) better of the things he did, especially in the evenings. For example, they visited some drinks they did not really have to visit when looking back. However, visiting all these drinks together made them a really close group. What they are all very proud of, is that they think they were very approachable for active members and always stayed themselves. As a board you make mistakes —› as well, and they were not afraid to admit those. Besides these things they encountered during their own board year, they also have an advice for the new board: do not forget to enjoy this year! Corné immediately admits that it sounds cliché, but time goes really fast and before a nice activity has ended, a new one has already started.
Someone once said that during a board year you get two years older, since you learn and experience so much. Whether this is true is difficult to test, but the year has certainly had a big impact on the board. Senna agrees that you really change after such a year, for you learn to cooperate better and to take responsibilities, and she is sure that those changes are positive. Corné thinks you really get to know yourself and that you learn what your strong and weak points are. 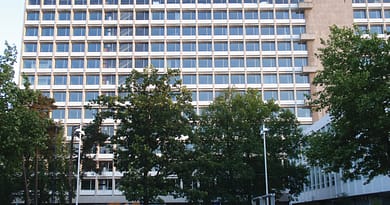 Struggling through the EOR bachelor’s program, and then?