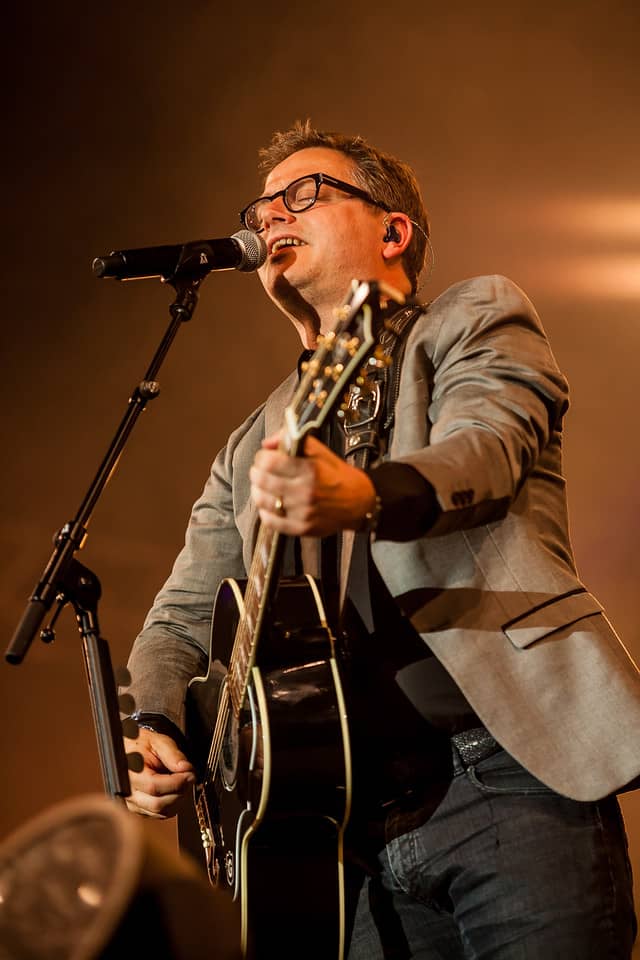 Bart went to the Lorentz Casimir Lyceum located in Eindhoven, where he did an N&G (Nature&Health) and N&T (Nature&Technics) profile. Right after he left this school, his photography-career began.

How it all started

It started at Bart’s eighteenth birthday, for his grandma wanted to give every grandchild something special for his or her eighteenth birthday. Bart’s older cousin, for example, got jewelry as a gift, but as you could imagine this is not quite the special gift that would have suited a guy like Bart. Luckily Bart’s grandpa had a passion for photography and so the idea of a single-lens reflex (a so-called SLR) camera arose. His grandpa is not the only one in the family who shared this passion for photography. As one of Bart’s cousins was also in the scene of concert-photography, from which she eventually became tour manager of inter alia Angus and Julia Stone, Tame Impala and Ben Howard. After Bart had passed his exams, he went to England for a year in order to get to know himself somewhat better, so he could make the right choice regarding his study. During this trip he did some photography classes, but regarding all the information you can find on the web, the classes seemed a little outdated and were not challenging enough. After this year in England, he started his bachelor, “Lucht- en Ruimtevaarttechniek” (Aerospace and Aeronautical Engineering) at the Technical University of Delft.

Twice a year, the TU-Delft employs a new ‘Cultural Professor’. The cultural professor in question is always some well-known person in his field and selects several students to participate in his master classes.  During the year Bart studied in Delft, Bart joined in a series of master classes of Vincent Mentzel, who is an important photographer of the “NRC”. He even made the picture of Beatrix that is on the coins of the Dutch Euro! In this master class of Mr. Mentzel, Bart gained a lot of experience. They even made a trip to Paris that was completely dedicated to photography.

After this year in Delft, Bart came to Tilburg University, where he is currently still studying Econometrics. At the moment, this 22-year-old student is following seven courses, so he has to spend a reasonable amount of time studying. As Bart’s day does obviously also only contain 24 hours, this means that he cannot stick as much time in his passion as he used to.

Next to his study and his passion for photography, Bart is chairman of the “Word Actief Tilburg” committee and he is also a global ambassador for Stanford University. With all these activities and his busy schedule, Bart would like to look at himself as being ‘the planning type’, but he admits that most of the times his results depend more on the schedule of the exam week than on the planning beforehand.

Bart’s preference is more or less focused at event-photography, or at least at direct action. There are a few types of photography, which all require other techniques and other conditions. A landscape photographer, for example, can be staring at the same scenery for fourteen hours straight and still come back with only one picture.  The most remarkable thing about such a phenomenon is that no one knows whether somebody, somewhere, is actually demanding such a picture. This is an important reason for Bart to stick to event-photography, for if you take pictures of people, you will always know that they want to see it and that you are making them feel good.

Enrolling in the photographic industry might seem a lot easier than it actually is, because it is more or less a closed system. Principals have their own photographers and those photographers also have their own associations with whom they work with. Bart, luckily, had the convenience that a housemate of him works for the platform “3voor12”. Therefore, when she needed a backup-photographer, as the usual photographer had cancelled on the last moment, her solution was only two doors away: Bart.  This was his first step to get involved in the world of event photography and getting assignments for 3voor12. Now, a few years later his bag of experience has become a lot bigger.

Through his photos, Bart has immortalized names such as “De Jeugd Van Tegenwoordig”, “The Tallest Man On Earth”, “Chef’ Special” and even the pride of Brabant: Guus Meeuwis. Even though being a photographer will give you a different perception of a concert, as your priority is obviously taking photographs, Bart states that it is still quite the experience. Bart: “Some performers really play with the camera and they have a feeling for what you want. Other artists do not really enjoy such a giant lens pointed at their face.” Therefore, interaction with the performing artist is something he deals with quite often. When he was at a concert of Eefje de Visser in 013, he even sent some of the pictures he made to her afterwards. The, at that time upcoming singer-songwriter, was very pleased with the pictures and she even used some of them for her promotion.

Something interesting I noticed while talking about some of his older photographs was his critical and discerning view on them. When he was ice-skating in the province of Frisia with his family, he made an idyllic picture of the landscape with a glowing red sun, that was going down next to a beautiful tree that had lost all of its leafs. I thought the picture was beautiful, and apparently other people liked it as well, even judges, as this picture has rewarded Bart with several prices. Nevertheless, while showing the picture to me, he was making remarks on what he thought he should have done better by now. This sharp view on his own work can only indicate that he has made big steps forward in his professionalism since then.

Throughout the years Bart’s perspective of a good photograph has shifted, or at least changed. When he first started shooting, he mainly focused on the technical part of the picture, and only afterwards he would look whether the subject of the picture okay. Now, with a backpack that is filled with some more experience, his priority is more at the subject of the picture, but without letting the technical specifics suffer from it. To quote Bart: “A technical perfect picture is fantastic, but if the person who is on it does not like it, the picture is worthless”. At the moment Bart has somewhere around 800 gigabytes of valuable photo’s (some 30,000 pictures) divided across four external hard drives, and that is even without all of the backups he has to have!

That shift in his perspective also reflects in his everyday pictures. Most of the people nowadays do not let the smallest happening in their daily life pass by without taking a picture of it with their mobile phone. But for someone who knows as much about photography as Bart does, ‘just’ taking a picture is not that simple. Understandably he would immediately see what could have been better, and that way it is very hard for him to be satisfied with such a picture. Nowadays his motto is: “The best camera, is the camera you got with you.” So, besides the fact that it is a really useful motto, it is also a nice illustration that the subject of the picture has become something he values more than when he first started with photography.

His ambition is not to make his job out of it; he rather sticks with econometrics as his work field. However, that can only be positive according to Bart; this way photography will be an outlet instead of an obligation. In fact that makes total sense, because something so straightforward and objective as econometrics makes a good alternation with something so subjective like photography. There is no right or wrong way to create a perfect picture, whereas a proof on your linear algebra test, surely, can only be right or wrong.