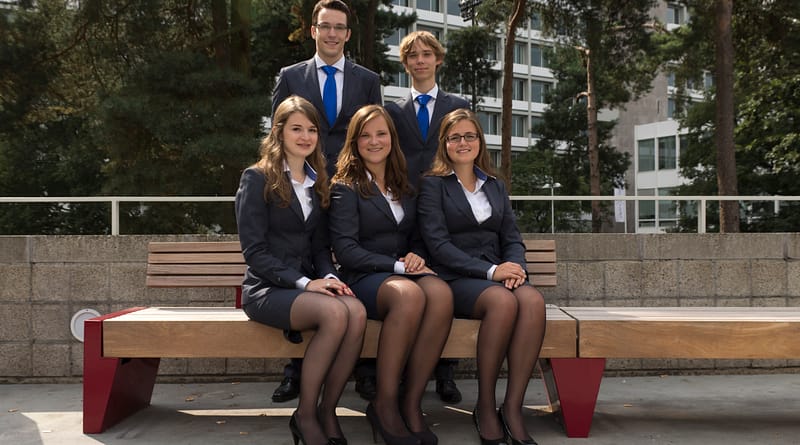 After an intensive board year, the board of 2013-2014 started studying again, trying to complete their bachelor or master program as soon as possible. Luckily, they found some free time to tell us everything about their board year. Are you curious about who gets angry when you use some of his/her chocolate sprinkles or whose most remarkable moment is the fight about the audio cable? Then continue reading!

The board of 2013-2014, the 35th board of Asset | Econometrics, were the lucky ones that had the honor to celebrate our 7th Lustrum during their board year. One thing our former board is very proud of is the Lustrum week. Although organizing the Lustrum week was not without any difficulties, the week itself was amazing and everything went very smoothly.  Janinke thinks that we can be proud of the fact that we have that many passionate active members that it was possible to celebrate the 7th Lustrum and set-up two new committees in the same year. Both the Lustrum Trip and the sports activities were visited quite well.

Besides these new committees, the already existing committees also organized a variety of fun activities. Of course, all the committees have their own charm and some committees are totally different form others, but after doubting for a while, all board members had chosen their favorite committee. Suzanne chose the Freshmen Committee. She emphasized that that is not only because of the fact that the Freshmen Committee was her only committee, but that this committee was above average in her view. Floris liked the Finance Expedition 2013 Committee the most. It was a special committee for him, because before his board year he was already part of it as a committee member. Since Willem likes to be creative sometimes, he liked the Active Members Day Committee the most. The Lustrum Committee was the most special one for Annick and also Janinke enjoyed being part of the Lustrum Committee. Although not all meetings of the Drink & Activities Committee were very efficient, it is the favorite committee of Janinke. The committee was very enthusiastic and seems to have become very close friends.

Willem might be a little bit jealous of Janinke, since if he had to choose a committee of which he had liked to be part of he would have chosen the Drinks & Activities Committee. Floris and Janinke wanted to be part of the Active Members Weekend, since this weekend will be totally different from the view of a committee member. Suzanne had liked to organize the International Business Tour, but believes that it was unfortunately not possible to combine the International Business Tour Committee with being the Chairman of Asset | Econometrics. Annick was very lucky with the committees she had, since there is no committee she missed during her board year.

During a board year you have to be present at all Asset | Econometrics drinks, but what was the favorite drink of the board last year?  Floris, Annick and Suzanne agree on the fact that the Announcement Drink of the board of 2014-2015 was the best drink of the year. Janinke prefers their own Constitution Drink during which a lot of members and other board members were present for a long time. For Willem the Après Ski Drink was absolutely the best drink of the year, although the day after the famous drink was somewhat less pleasant.

Stories About Each Other

While spending a lot of time together, the former board got to know each other very well. Something Willem likes most about Floris is the fact that he is always very positive and never complains about anything. As we all know, something very positive about Willem is his enthusiasm. But with someone just as enthusiastic as Willem, you also need someone who is able to stay calm and responsible all the time. Annick performed this role very well. When asking the former board for a strange habit of Annick, it stays quiet for a while.  None of the former board members can think of a strange habit of Annick during their board year. When asked for a strange habit of Willem, it does not even cost them a single second before they think of something. Willem tried to put as much French Fries as possible in his mouth, but this was not the only food which he tried. For example he also tried a full Cornetto, garlic sauce, ketchup, mayonnaise, tangerines, cinnamon, whipped cream and marshmallows. The other three former board members also have some strange habits with food. Floris likes to eat a paprika just like an apple, with one’s fingers.

You do not only get to know a lot about your other board members, but you also learn a lot about yourself during a board year. One thing you definitely learn during a board year is doing things without preparation, since you simply have no time to prepare everything you do. Willem learned during his board year to voice out when he cannot complete all tasks he had to do in time.  Furthermore, he learned not to make promises when you cannot deliver them. Janinke learned to focus on points you can improve during a given period of time. It is not always good to be very critical, since not all adjustments can be made in a given period of time.

Although all board members try to prepare for a board year as good as possible, there will always be some things you do not expect at the beginning of your board year. Floris found it hard that he could not always accommodate the wishes of a committee due to planning restrictions. Another point which you hear quite often, but really is very important, is communication. Suzanne was a little bit surprised by the importance of good communication, not everything which is for granted for you is also for granted for the other side.

During a board year, you will be busy with a lot of things for Asset | Econometrics. Therefore, it is not always possible to do everything you like. When we asked the former board what they missed during their board year, they mentioned things such as free time, sleep, meeting up with friends whenever you like, or just enjoying a beer in the city center during the summer.  But there are also some things the former board will miss now their board year has ended. During the past year they met a lot of enthusiastic, spontaneous people with whom they cooperated very intensely. Since they are now back in the lecture rooms they unfortunately do not cooperate with them really often anymore. Floris mentions that although you are very busy, you have a relatively easy schedule. Every morning you wake up and go to the Esplanade Building. He will miss the structure his life had during a board year.

When looking back, there are also some things they would have done differently. For example, Floris started the year with many committees, tried to get his driver’s license and tried following the course Combinatorial Optimization. This was maybe a little bit too much and afterwards it seems to be better to make choices on what you want to do. Suzanne mentions that in the beginning of the year she was perhaps too direct in providing criticism. Throughout the year, she learned how to give criticism without making other persons afraid or uncertain.

For everyone there is a most remarkable moment during a year, so also our former board members have their most remarkable moments. For Suzanne the most remarkable moments are the moments when she had a discussion with one of her fellow board members about the audio cable. Suzanne likes to listen to her own music, but sometimes the speakers were not attached to her computer. Annick and Janinke like to listen to the Q Top 100, which is something Floris will never forget. Special moments for Janinke during her board year were both internal announcements and Annick will never forget the amount of company contacts she copy-pasted from Virtual CRM to Zoho.

We hope the board of 2013-2014 will never forget these and all the other special moments of their board year and we wish them all the best them all the best in the future. Suzanne, Floris, Annick, Willem and Janinke thank you for all the effort you put in Asset | Econometrics! 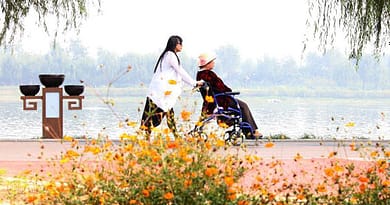