Browse: Home   /   How should we save our nature reserves? 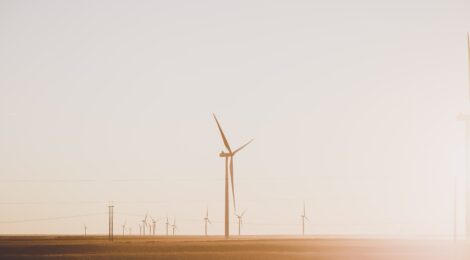 How should we save our nature reserves?

The Dutch House of Representatives currently has many meetings about what we could do to diminish the nitrogen emissions in the Netherlands. A too high amount of nitrogen emissions is harmful for our nature and leads to the disappearance of vulnerable plant species. Two measurements that have been talked about during these discussions are the diminution of the bio-industry and the reduction of the speed limit on the Dutch highways. Since the nitrogen emission has to be diminished by more than 50%, this should be a good moment to talk about the pros and cons of both measures and to look at other measures that could be implemented by the Dutch government. Text by: Juliette Tillie & Jeffrey Buijk

The diminution of the Dutch bio-industry

The highest amount of nitrogen emission in the Netherlands is originating from ammonia in the bio-industry. Therefore, it might be obvious to set measures in this sector in order to diminish the emission of nitrogen. The most rigorous way to do this would be by halving the livestock in the Netherlands, but this measure would lead to angry faces from the Dutch farmers, as they will lose a lot of profit as a result of this measure. Another measure could be to use technological solutions, such as air washers and using a different composition for animal feed, but these measures could become very costly.

Nitrogen emission in the bio-industry is mainly caused by the excretion of the cattle. Animal feed contains nitrogen in the form of proteins. Animals need these proteins to grow, to produce milk or to produce eggs. But when animals receive more proteins than needed, these will be converted to nitrogen emission via the manure of these animals. The rate of ammonia emission from animal manure does depend on certain external factors, such as the temperature and the surface conditions where the animals are located.

An important factor of the ammonia emission in the bio-industry is the type of housing system. Two different types of housing systems can be distinguished: loose housing barns, where animals can move freely and tie stalls, where animals are bound to a certain place. When comparing loose housing barns and tie stalls under different conditions, we could conclude that tie stalls cause a lower ammonia emission than loose housing barns have. For example, when we compare both types of barns where slurry storage is used to store the waste, loose housing barns produce 25 to 45 grams of ammonia per day, while tie stalls produce 5 to 27 gram ammonia per day. Although this is quite a big difference, there could also be given some arguments against tie stalls. The main argument against tie stalls would be the fact that animals will have no space to move. From an animal welfare point of view, it would be logical to argue against these types of stalls in order to respect the lives of the animals as they should have the freedom to move. Another drawback of tie stalls is that they are generally related to a higher labor demand, regarding milking (in case of cows) and feeding.

A measure that could be used within stables is the usage of air washers. When ammonia is produced from the excretion of animals, in most stables in the Netherlands this air will be blown out of the stables by fans. This way the polluted air could cause a nuisance for the surrounding areas of these farms. A solution to this problem could be found by air washers. When using air washers in stables, the air will be led through the air washers, in which it will make contact with water. The ammonia in the air will dissolve with water, causing a lower emission of harmful air out of the stables. Using these air washers should lead to a reduction of ammonia pollution of 70% to 95%, but unfortunately it turns out that these results will not always be met. A disadvantage of these air washers is that the costs of the construction will be high. An air washer will cost €200,- to €400,- per square meter, with an additional amount of 15.000 euros for the storage of sulfuric acid and drain water.

Except for looking at the excretion of the animal, it is also possible to look at the source of the problem. By lowering the amount of proteins in the food of the animals, the amount of ammonia and therefore nitrogen emissions will lower. The Dutch cattle are being fed a lot of proteins, even more than they reproduce. Only 20 to 30% of the proteins in the current cattle food is indeed consumed by the cow. The excess of proteins in their food will be converted to ammonia in the excretion of the animals. For cows, this reduction could be performed by replacing a part of the grass in the diet with maize, which contains a lower amount of proteins. Experts also believe straw to be a solution. Straw contains carbonaceous materials, that help animals to capture the proteins. This way the animals will need less food and will there also be less ammonia in their excretion

Another measure that farmers could take is using feed additives in the bio-industry. By using these feed additives, animals will be able to break down proteins easier. These feed additives work like enzymes and help the animals to convert the proteins in the food into meat, milk and eggs, which leads to a lower amount of ammonia in the excretion of the animals. A disadvantage of these food measures is that these will be much more expensive than the food that is currently used in the bio-industry. But when we consider the fact that at this point half of the bio-industry has to disappear to reduce the nitrogen emission to an acceptable amount, it might be worth it for the Dutch farmers to consider one of the measures above.

The reduction of the speed limit on the Dutch highways

Prime Minister Rutte is not too fond of this measure, though, it might be a necessary one. 45 years after raising it, the maximum speed limit for cars on the highway will be reduced to 100 km/h. Between 07:00 and 18:00 hours the speed limit of 130 km/h will still be tolerated, but during the day all drivers have to obey the new rules. As of the implementation of the limit, the Netherlands will be  the country with the second lowest speed limit on highways in Europe, right behind Iceland. What speed limits hold in our European neighbors, is shown in Figure 2. A lot of questions arise with this new rule incoming. Will it actually help? Is this a temporary measure? What about electric cars? Those are all important aspects to understand.

A lower speed limit means that cars work less hard to maintain the same speed. Thereby, the faster a car goes, the more air friction it faces. Driving 30 km/h slower thus saves fuel. This is not just a positive note on the environment but also saves money. One could argue that driving slower also means more hours per year spent driving. This is of course true, though, the difference is thought to be insignificant since in reality in the Netherlands one can never drive 130 km/h for an hour straight. A trip that will take one hour driving 100 km/h will take about 54 minutes driving 130 km/h.

So, how much will it save? According to the RIVM, the total of Dutch cars is responsible for 6.1% of total nitrogen emissions. A lowering of the maximum speed will result in a profit of 0.34%. This is a relatively low profit but it is a certain one. After implementation, a 100 km/h speed limit will almost certainly and immediately pay off, which is why the Dutch government is so keen on it.

Business drivers in the Netherlands drive approximately 40,000 kilometers per year and they drive them cleaner and cleaner. Since this year, 17% of them drive in electrical powered cars. The chairman of the Dutch ‘Vereniging Zakelijke Rijders’ (VZR), which in translation means the association of business drives, noted the following:

“With an electrical car driving 100 km/h has no effect on nitrogen whatsoever and a measure with a similar effect cannot be seen as anything different than symbolic politics. We have to stop bullying the motorist.”

The H2-platform is now introducing an alternative, inspired by Austria. Over there, special driving lanes for electrical vehicles have been made available where it is allowed to drive at a higher speed. In Norway, electrical cars are allowed to use the bus lane to pass traffic jams. This way, driving an electrically powered car is rewarded and also encouraged. This encouragement in turn leads to a higher percentage of drivers using green sources of fuel, which may ensure the speed limit to rise one day again. Even though this all sounds nothing but ideal, implementing a certain measure will not be easy in a crowded country like the Netherlands. Opening up a driving lane for a certain group of drivers will in most cases mean that others are obstructed. Unless an extra lane is made for the electric group, normal lanes are sacrificed which may lead to even more traffic jams than the country already faces.

The whole country agrees that the nitrogen emission in the Netherlands has to be reduced. The diminution of the Dutch bio-industry and the reduction of the speed limit on Dutch highways are two well-known and highly spoken about measures. These are not the only possible measures, though.

Take for example the rules against elderly driving. A lot of retired people start losing some of their abilities, like sight and alertness. It is hard to determine when somebody is not fit enough anymore to participate in traffic. Right now, if somebody wants to extend their driver’s license after the age of 75, they have to include a personal statement. This also includes a doctor’s declaration. Still, a lot of old people who claim to be scared to drive, hit the road. This is obviously dangerous. ‘Small’ accidents when crossing a road or taking a left are typical for elderly, since they simply lose their perception and cognitive and motorial functionalities.

Making the rules for extending such driver’s license stricter lead to less elderly people in traffic. This may contribute to not only the safety of a lot of drivers, it also reduces the amount of cars on the road and thereby nitrogen emission. The elderly themselves can cheaply (and safely) travel by public transport.

It is clear to see that a fitting solution is needed to the nitrogen problem. Which one is still to be decided, probably by time and experience. For now, one can only discuss and estimate the results of the measures that have been exposed in this article.