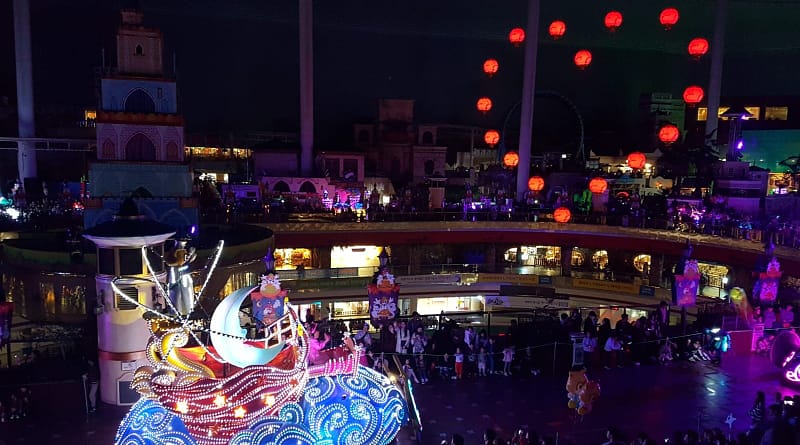 Although the IBT adventure started on October 22, my personal adventure already started on July 27, the day that I flew to Singapore for my semester abroad at the National University of Singapore. The  first weeks were about making friends and making plans, and hence I started to think about which places I wanted to visit during my exchange. I knew the IBT 2018 of Asset | Econometrics would go to Seoul, and I knew a lot of my friends would join it, and hence it didn’t take long for me to decide that I wanted to visit the IBT in Seoul. In my naivety I thought that Seoul and Singapore where quite close to each other (they’re both in Asia), and hence it was a small disappointment when I found out that the flight would still be six hours. But it couldn’t keep me from my plans anymore, and thus I booked a flight and decided to visit Seoul for a week at the end of October.
Text by: Linda Torn

On Thursday October 25, I arrived in Seoul and got reunited with my friends. It was really nice to see everyone again, and we were all ready to have a great week together. After three interesting and exciting days which consisted of visiting loads of nice and/or interesting places in Seoul (parliament, demilitarized zone, war memorial, Seoul Tower), nice dinners and a lot of fun, it was time for a day off on Sunday. I heard some people talking about the Lotte World theme park (I love theme parks, so it immediately drew my attention) and so I decided to join Koen, Jasper, Max Wilke, Quirien and Wenxin and visit this legendary park. Lotte World is an indoor theme park and it’s located in Jamsil, a neighborhood in Seoul. Lotte is a huge company (and with huge I mean HUGE) in South Korea. It is a so-called ‘chaebol’ (a big, family owned company with a lot of power in South Korea). Lotte’s business focuses on food and retail. They own insurance divisions, shopping malls, cinemas, hotels and apartments. Their property in Seoul is enormous, and hence it is already worth to visiting this ‘Lotte-Town’ without making use of their services.

We decided to buy a ticket for the theme park and the aquarium. The theme park is crazy, there is an indoor and an outdoor area, and both are totally decorated in a certain style. And we were lucky, in Asia Halloween is quite a big thing (or at least bigger than in The Netherlands) and thus Lotte World couldn’t be left out. The outdoor part was totally in Halloween zombie style, including haunted houses, and even the Asian visitors of the park were dressed up as ghosts, haunted schoolgirls and other ‘scary’ appearances. This made the atmosphere throughout the day even more special. After a quick look outside, we went inside, since the outdoor Halloween themed part was way too crowded.

Inside a happy, ‘feel good’, world waited for us. Everywhere we looked, there was something to see. A monorail, roller coasters, dark water rides, name a commonly known attraction from a theme park, and you can find it in this major hall. They even have a ‘Disney-like’ parade with dancers, happy songs and flying illuminated balloon drones. My favorite attraction was the air balloon-ride, which is a ride in an air balloon which is hanging from the ceiling, and gives you a great view over the whole park.

The park was very entertaining, and hence it was around 20.30 hours that we realized we also bought a ticket for the Lotte Aquarium, which we had to enter before 21.00 hours. We ran from the theme park to the aquarium (fortunately we made it in time), and had a nice last hour in this aquarium. We had a lot of fun watching sleeping fishes, funny seahorses and other crazy water animals. And after this visit, it was unfortunately really time to go home.

All in all I (we) had a great day, and it was definitely the best day of my visit to Seoul (although all the other days were great as well). I had a great time with everyone in Seoul, and after a week it was time for me to say goodbye to everyone and fly, tired but satisfied, back to the place I can call home for this semester.