On Thursday February 14, we left Tilburg University to spends 5 days in the cultural capital of ancient Greece: Athens. I, some fool who studied ancient Greek back in high school, was very excited to finally visit the place I heard and learned so much about. Furthermore, the social activities with my fellow students would create the perfect setting for an awesome long weekend.
Written by: Bas Ramaekers

On Thursday, we arrived around 9.00 hours at our hostel Acropolis, and after all 41 participants settled for a bed, it was time to kick off the trip with a karaoke evening at a local bar. Many amazing classics came along, such as Bohemian Rhapsody by Queen and Angels by Robbie Williams. As much as we enjoyed ourselves, the neighbours could not appreciate our performances and the bar had to close. At this point, the group split up. Some went on the discover the nightlife in Athens a bit more, other called it a night to be able to catch a little bit more sleep.

The second day started with a walk along the highlights of Athens. The Acropolis with the Parthenon on it was the first on the list. The temple, although not entirely in one piece, did not fail to impress us all and it was certainly the right decision to start the day with. Unfortunately, after we descended the hill, the weather changed for the worst and we had to abruptly put a stop to our tour. After a Greek lunch, we continued the now shortened tour and managed to see the Olympic stadium and the national gardens. We postponed a mountain climb for two days due to the bad weather. Therefore, everyone had some free time until the dinner started in the evening. During the dinner, more bad news arrived. The activity of the next day “canyoning” was cancelled due to the weather as well. ‘Every downside has an upside’, since this gave us a new opportunity to discover the nightlife in Athens.

We found out that the nightlife of Athens is a bit weird. Not all clubs were open that day (Friday evening) and some clubs had a limit on the amount of foreigners allowed in the club. This made it difficult for all of us to be in the same venue. Another thing of notice is that since Athens is quite big, one might want to take a taxi from one club to the other. However, some taxi drivers do not know their way around the city, so you always needed to be careful that you were actually driving in the correct direction.

After visiting several locations, I ended up with Robert, Quirien, Martijn and Joris at my last stop of the evening. After spending another hour or so there, we headed back to the hostel.

The next day, the committee put great effort into finding a replacement for the canyoning. Unfortunately, many attractions in a local theme park, which was their first back up plan, were closed. The second back up plan was a pinball museum. Due to horrendous traffic, not everyone was able to reach it. I was among the people that got stuck in traffic and I ended up making an extensive walk through the streets of Athens in combination with regular stops for a coffee and some food.

That evening, it was pub-crawl time! Our enthusiastic hosts first welcomed us with a local drink. It was a sort of sweet, but sharp at the same time. Although not everyone like it, I thought it was pretty nice. The first bar, was a cocktail bar. Amongst others, it served some pretty good mojitos. The bar was rather small, which made it very cosy. We enjoyed ourselves for a while and then continued to the second bar. In this bar, we could order unlimited sangria and beer. It also had a lot of tables to sit at. Conveniently, Pierre brought some dice with him and we played some games while enjoying the beer and delicious sangria. The third location of the pub-crawl was a shisha lounge. Here, we had the first floor to ourselves. The music was not really fit for partying, so we rather spend the time telling stories to each other and getting to know our fellow students better. After the shisha lounge, the pub crawl was over. The group split up again in people that still wanted to go out and people that were still too tired from last night and went back to the hostel. I belonged to the second group, but Rein and I first wanted something to eat. We ended up in a place  that served these Greek gyros sandwiches and buns. We both had one and it was absolutely delicious.

On Sunday we had a change of weather. This time it changed for the better.  Therefore, getting up early in order to see the change of guards at the Athens Parliament was a little less difficult . It was fun to see all the people in authentic clothing. Afterwards, we took another dive into the ancient Greek history and visited the agora of Athens. This place consisted of ancient building and ruins of a marketplace. It had a beautiful temple dedicated to Hephaistos. The best preserved building was the stoa of Attalos. Nowadays, this building also functions as a museum for the entire marketplace. The last stop of the day was the Lykavittós, This was a mountain in the middle of the city. Most people went to the top by foot, climbing all of the stairs. However, there were some people that willingly skipped the beautiful walk to the top and rather took the cable train. On top of the mountain was a white chapel and a restaurant. I spend the rest of the afternoon in the restaurant, enjoying the sun and the view of the city.

After we again descended the mountain, it was time for dinner. The committee has arranged a dinner at the beach. The committee wanted to gather at the beach around six to still be able to see the sunset. Unfortunately, Quirien, Joris, Bas and I did not manage to get there in time because the tram did not show up. When we arrived, the view was still pretty good. We spend time on the beach until it was getting dark and our dinner started. The restaurant had a lot of salads as starters and most of us were not really hungry anymore when the main dish was served. After dinner everyone was satisfied and we went to our next stop, another cocktail bar. This cocktail bar had these amazing cocktails. I, for example, had a preheated cognac with some added honey and cinnamon stick. After the cocktail bar, I went for another drink and went back to the hostel to already pack some of my stuff.

On Monday, we had to check out early. After everyone had left the hostel, we took the metro and a bus to our final activity the Attica Zoo. This zoo restful place with a lot of different animals. Everyone visited the residence of the animals at their own pace. My favourite animal was the Persian leopard. I also like the feeding of the orangutans, to see a baby orangutan gather all the food that the others left behind was very cute. Thanks to the good weather, even the people that were not so fond of animals enjoyed themselves.

After the zoo, it was eventually time to go home, so we took another bus and metro to the airport. As we were waiting at the airport, it became clear that the flight would have some delay. This meant that, back in Eindhoven, we had to hurry to catch the last bus through the train station. Fortunately, we catch the bus and could all still make it home and our trip came to an end. A special thanks to the committee, who put in their everything to entertain us, even when changes in the planning had to be made.  I also want to thank the entire group for making this trip awesome. 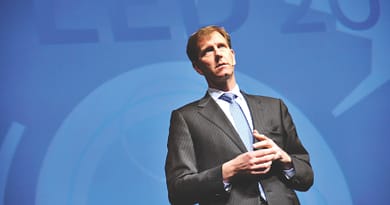