As you all may know, a group of Econometrics students visited New York earlier this year for the International Business Tour. This was a unique opportunity to meet one of our former board members, who currently lives in NYC. During our first evening in New York, Cleo and I had dinner with Asset | Econometrics’ former board member Robert de Veer. Are you curious about his experiences on the other side of the ocean? Then continue reading!

Let us start with giving you some background about Robert de Veer; who is this former board member? Robert started with his study Econometrics and Operations Research in 2002, but the first two years turned out to be quite tough for him. Robert did not particularly like most courses that much because he considered them to be too abstract. As a result, he lost some of his interest in the program and decided in 2004 to begin his studies International Business alongside Econometrics & OR. He liked the business related courses, but at the same time it made him realize that he appreciated Econometrics much more than before, ultimately finishing both studies in 2008.

Questioning the obvious, we asked Robert whether he learned a lot during his board year. “Of course”, he answered affirmative, “I learned to be accurate and thoughtful in communication, to trust others as you cannot do everything on your own, to take your responsibilities and to work as a team.” One particular project Robert spent a lot of time on was the inevitable merger of TiSEM’s study associations. Every chairmen and vice-chairmen of the associations belonging to TiSEM participated in lengthy discussions, including a two-day off-site, on the possible scenarios for the merger. Needless to say that there were a lot of different opinions and interests at stake, which lead to very interesting and challenging dynamics. All in all, Robert thinks working with different associations together is very valuable, since we will have to deal with different opinions and points of view in our future career as well.

The first time that Robert visited New York was during the 2005 Business Research Program. At that moment he did not feel the urge to move there, although he did already have a desire to go abroad for a (shorter) period of time. While studying, he thought that Buenos Aires would be a very interesting place to live, but momentarily he is very happy that he is not living in Argentina: “I think life in Buenos Aires is much more hectic than in New York and at least as expensive. Living in New York on the other hand is often rather easy. For example, you never have to think about when to go to the pharmacy or where to get your dinner from, as a lot of shops are open 24/7. If not, then we always have the delivery guys.”

Robert moved to New York in 2010 when the company he worked for in the Amsterdam asked him to move to the New York office. After his girlfriend, today his wife (who can be seen together with Robert on the very American ‘engagement shoot’ picture), was also given the opportunity by her employer to transfer to New York, they moved. Initially for a two- to three-year period, but “the city grows on you” as Robert puts it. Up to today they still very much like working and living in New York and therefore they do not want to go back to the Netherlands in the short-term. With work visas expiring within a year, they are currently in the process of obtaining their green cards.

“Something that surprised me when I just moved here is the ‘in your face’ poverty. There are not only a lot of homeless people, but also quite some buildings are in bad repair. The differences between poor and rich are really quite big.” Robert estimates that approximately 10% of New York’s society has a ‘good life’, whereas the other 90% works for the rich. Most of the 10% lives in Manhattan around or below Central Park. The other 90% lives above the Park (Harlem) or in any of the other four boroughs (Brooklyn, Queens, the Bronx and Staten Island).

As someone who has worked both in the Netherlands and in the U.S., we asked whether Robert has experienced any big differences between working in the two countries. “For me the workload is comparable. The Amsterdam office is at least as internationally oriented as the New York one. However, the office culture in New York is definitely much more hierarchical than the Dutch one. An analyst in the U.S. will almost obey to everything the more senior employees tell them.” Robert tells us the anecdote that when he asked a junior to prepare an analysis for him that was not very urgent, this person immediately started working on it and actually continued working the entire night in order to complete it without asking any questions. This is rather different from the Netherlands, where most people would have asked when the work needed to be completed, how important it is and (luckily!) sometimes challenges you before doing all the work. In New York most people have the same mindset: you will need to work very hard to move up. Robert feels that he sometimes needs to slow down some of the juniors so that they are not completely burned out.

Another big difference is that most people are responsible for investing and saving for their own pension. As only a fraction of people understand the complexities involved, including the impact of compounding returns and fees, there are quite a lot of Americans with insufficient pension assets.

Because of the hierarchical office structure in New York, Robert advises to begin your career in Europe, such that you have some work experience before moving to New York. If not, you will have to start at the bottom of the food chain and work, most often, very long hours to move up. Something else to keep in mind is that you should not be too modest when looking for a job in New York. After graduating in Econometrics you are well-educated and have a lot of quantitative skills, which are very valuable in the U.S. As a result of the Liberal Arts programs at most U.S. colleges and the fact that most Americans only obtain a Bachelor’s degree, there is quite a shortage of properly educated quantitative people, so there should be plenty of suitable options to get a job for econometricians in New York. However while finding a job might be feasible, getting the required work visa might turn out to be much more difficult.

Moreover, Robert advises students who are contemplating to work in New York not to focus on too short of a period. There will be so many things you want to see and do in the City that if you do not take enough time for them, you will live too fast and simply cannot enjoy your time there. After four years Robert feels that he has done most of the things he really wanted to in NYC, but there are still numerous things to do outside the City. For example, being outdoors in upstate New York or visiting cities like Pennsylvania or New Orleans. However, during the summer Robert loves staying in the City. “After all these years the weekends in the summer period still feel like mini-vacations.”

Last but not least, we want to thank Robert for his time and we wish him the very best. We believe that his experiences and tips can be very useful for any student who is considering working in New York. 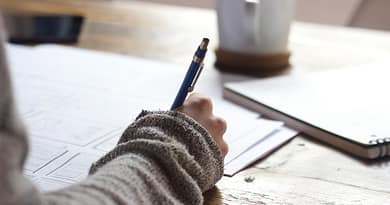