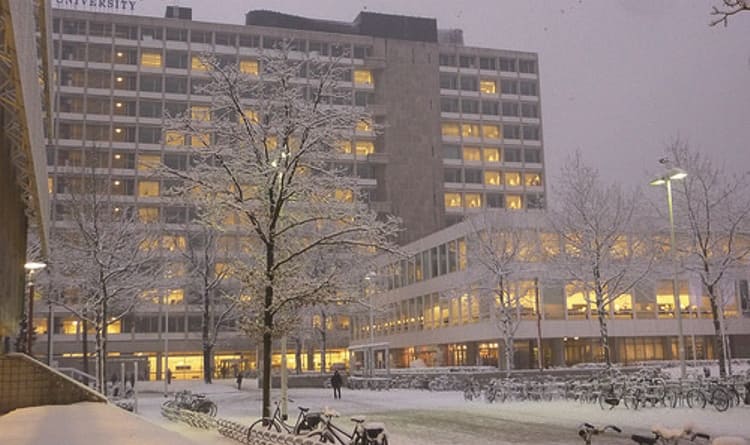 In some aspects a few changes and additions will be made in the Econometrics and Operations Research (EOR) Bachelor program, which is a valid reason to interview the people behind it. Via this special, we would like to inform you some more about the opportunity to go on exchange without having a study delay, but also about the Mastermind sessions and Improving Society Lab.

Having the opportunity to go on exchange is a very valuable addition to the Bachelor program. However, until now an exchange was almost inseparable paired with your study program being delayed, which was a great turn-off for many students. While interviewing EOR’s academic director Edwin van Dam, he brought up that he had been on exchange to Denmark himself when he was a student. Looking back, he can say that it was very educational, not only because of the courses, but also because of the other (life) lessons you learn while you are trying to adapt to another culture. Besides, the ability to cope independently is a very important aspect of the exchange experience.

Over the years, the EOR department has received quite some feedback from students who pleaded for the ability to go on exchange without facing a study delay. This feedback was something that put the department up for quite a challenge, as it is rather difficult to put together a program of courses at a foreign university that corresponds with our very specific Bachelor program at Tilburg University. As the TiU already has a big list of exchange partners, the department made a list of all the third-year Bachelor program courses, such that they could find a matching university. This approach proved to be successful, because they found a way to make it all happen.

From next year on, it is possible for thirdyear students to choose two courses out of a list of preselected courses, which fit within the Tilburg Bachelor program. Besides, the third-year course Philosophy of Science and Statistics is something that can be replaced by another philosophy course at almost every university, and in addition, the two elective courses in the third year give numerous opportunities to find suitable courses. Therefore, there now exists a list of exchange partners that fulfills the requirements of the department such that the first semester of the Bachelor program can be followed at one of the exchange partners on the list.

The department does not expect a real limitation on the number of students that can enter in the exchange project. However, it should be mentioned that it is up to the partners to decide the number of students that get the green light at their university. Hereby it is not possible to make exact statements or give a guarantee for a place at your ‘first choice university’. A partner university can for example impose a language requirement, and also your motivational letter is something that can both make and break your dream exchange.

For those of you interested in going on exchange, there are a few requirements that you ought to meet. At the point of signing up you should have earned at least 48 ECTS during your first year. Besides, you can only go on exchange when it fits within four years of your Bachelor. Furthermore you need to have obtained at least 90 ECTS in total, you should have participated in a workshop to increase international awareness, and you have to live up to the language requirement (if there are any). A partner university an also add more requirements to this list, but that may differ per situation. As a student, you will be asked to give your preferred exchange top three, such that the exchange office can try to match everybody’s exchange preferences.

To start, it is worth mentioning that the ‘Improving Society Lab’ is a completely new idea, which is still in its early stages. The EOR department strives to make the Lab part of the Bachelor program for first year students, from next year onwards. The idea of Improving Society Lab arose when the department received quite some feedback about the first two years of the Bachelor program being very theoretical as opposed to being practical. Another reason for this new idea is the success of the Mastermind sessions, which is an initiative that just started in September 2014, but is already quite popular. More information about these sessions will be given later in this article.

The main idea of Improving Society Lab is for it to be an addition to the study program, in the form of guest lectures. These lectures are meant to create insights in the practical applications of the Bachelor program. This way, students can actually form an idea of the practical use of what they are studying. In addition, it is also a career orientation for freshmen, as students will get in touch with both companies and working areas that result from and connect to the bachelor program EOR.

The Lab will be arranged around seven or eight times a year by professionals, who either have an econometrical and/or operational background or are currently active in econometric and/ or operations research disciplines. The EOR department has a lot of members that are active in the business world in EOR areas. Normally as novice Bachelor students though, you will not get in touch with these professionals that often. Therefore the Lab creates the opportunity for students to become aware of the valuable insights of professionals. Attending the Improving Society Lab sessions will be a compulsory part of the first two years of the bachelor program, in which students can earn one ECTS. How this ECTS can be earned is still something the department is working on.

The general idea of Masterminds is more or less the same as the idea of the Improving Society Lab, which is to provide practical insides as an addition to the program. Unlike the Lab though, the idea of Masterminds is already in a further stage. For the Master program Operations Research and Management Science (ORMS) there have already been a few Mastermind sessions and the idea is to do something similar for the other Master programs Quantitative Finance and Actuarial Science (QFAS) and Econometrics and Mathematical Economics (EME). Ideally, the EOR department would like to give students the opportunity to visit them around six times a year.

As the Mastermind sessions are not a compulsory part of the program, the number of people attending these sessions is a good indication of the demand for this addition to the program. As many students have already attended an OR Mastermind session, it is safe to say that students regard them as valuable and useful. The three companies that have already have been guest to the sessions are CQM, Gordian Logistics and the Dutch Railways (NS).

The Mastermind sessions are in the form of a one-hour lecture, during which also the coordinator of the ORMS Master program Dick den Hertog, will be present. After the lecture, students will have the opportunity to discuss the subject matter with the lecturers or professor Den Hertog. Through this close communication and insights in companies, students will be able to create a clearer picture of their own preferences, so that they will be better prepared for what is waiting for them after the EOR program or their Master program. In addition, it can help Master students to find a company to write their thesis.

What else is new?

Where it used to be possible to follow both Dutch and English lectures in the first year of the Bachelor program, this year it is only possible to follow lectures in English. However, from next year on, the old system will be used once more, as the department feels that many Dutch students prefer the possibility of having Dutch lectures. Besides, the previous system gives students the opportunity to choose between going to Dutch, English or even both lectures, which can be a nice advantage. 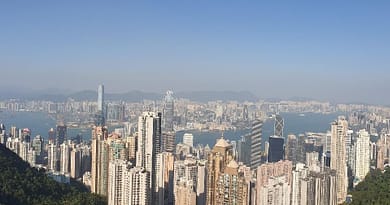 Behind the Scenes of Kraket