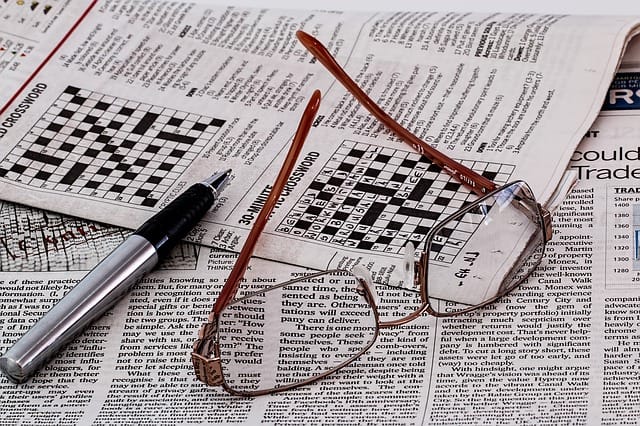 The classic Sudoku game involves a grid of 81 squares. The grid is divided into nine blocks, each containing nine squares. The rules of the game are simple: each of the nine blocks has to contain all the numbers 1-9 within its squares. Each number can only appear once in a row, column, or 3×3 box. Written by: Patrick Floor

An extra rule for the sudoku below is that instead of filling in the numbers 1-9 you have to fill in 9 different letters, other rules remain the same. Fill in the following words on the blue lines: ADDED, ADVENTIVE, AWARD, AVIAN, DRIVE, RENEW, TIRED, TRAIN, and WEIRD. Which nine-letter word can you read in a straight line?

For this sudoku, all letters and blanks have already been filled in the sudoku except for the diagonals. Multiple letters (and a blank) refer to the same number in a classical sudoku. And all groups have the same size, for example, the letters ABC = 1 are all 1 (DEF = 2, … and YZ and a blank = 9). Solve the sudoku after finding out which letters represent the same number. Also, all letters (and a blank) occur with the same frequency in the sudoku. Which mathematical journal can be found on the diagonals?

Please enter your solution via the form below. A goodiebag will be waiting for whoever has sent the best (partial) solution. Please note that, as before, every recipient of this magazine is eligible to send in their solution, so members of the department are invited to participate as well. Good luck!