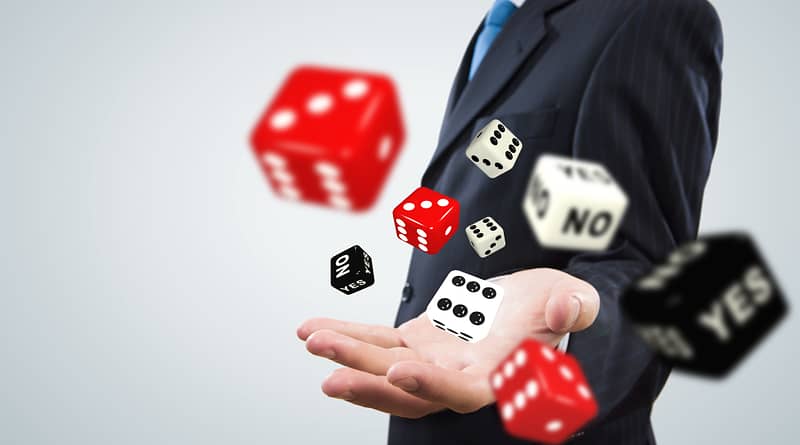 What is a life without risks? Risks are everywhere in our daily life, as all events, favorable and unfavorable, have a certain probability of occurring and have a certain impact if they occur. This study of probability and impact, and how to deal with these risks, was the topic of Nekst’s interview with Jeroen Breen, general manager of AG&AI. Actuaries often work on risk management problems in insurance and pension settings, but did you ever think about the risks involved in drilling tunnels for Amsterdam’s new subway line the Noord/Zuidlijn?

The Royal Actuarial Association (AG) is the platform for all actuarial professionals in the Netherlands. Breen estimates that almost all Dutch actuarial professionals are member of the association. Amongst others, AG offers knowledge exchange, by means of presentations, seminars, conferences and mandatory trainings on actuarial topics. Furthermore, AG promotes the profession and fulfills an important advisory role in many societal debates involving pensions and insurances. The mandatory trainings, better known as Continued Professional Development (CDP) are provided by the Actuarial Institute (AI). AI furthermore offers multiple part-time degrees on a variety of levels.

Educating a new generation of actuaries

Actuarial professionals can be more or less split into two groups: actuarial analysts and actuaries. The HBO bachelor’s degree of actuarial analyst prepares one for a career as a business professional where the main question in solving problems will most often be: how? On the other hand, an actuary considers the question: why? One can call themselves an actuary AG once the program Executive Master of Actuarial Science (EMAS) has been completed. Students who finished QFAS at Tilburg University are immediately eligible for this part-time degree, others might have to take some extra courses.

Currently, each year approximately 25 actuaries graduate after completing EMAS, but Jeroen strives for more. This is only natural given the fact that society is changing fast and as a result more and more domains offer possibilities for actuaries to be of added value. In the more traditional sense, actuaries are occupied with pension and insurance activities, but they also find employment in risk management at banks. It does not stop there though. The call for actuaries has grown recently in other fields as well. For example, in Australia 50% of all actuaries works outside of the financial world. One can think of the mining industry, airports and airlines, like Qantas, or large infrastructure projects where risks with large impact have to be dealt with since the probability of those events is unknown.

From navy to actuary

The career path of Jeroen Breen’s becoming an actuary is certainly an interesting one. After secondary school, he was determined to become a naval officer. Hence, he started with that, but during his third year he was not so sure about becoming a naval officer anymore. As completion of that year meant he had to stay in the navy for at least ten years, he decided to call it a day, and instead become a mathematics teacher. Therefore, he went to Eindhoven and studied mathematics at Eindhoven University of Technology, which he extended with a degree for mathematics teacher. It was during this last year that the profession of actuary caught his eye. At a conference in Eindhoven, on the topic of mathematics in the financial world, a couple of actuaries were amongst the speakers. Jeroen was certainly interested and he concluded that if he really wanted to become a mathematics teacher there would always be possibilities for that in the future. Instead of becoming a teacher, he applied at a small actuarial advisory firm in Amsterdam which later changed names to Mercer, and was given a position as junior consultant. At the same time he started studying actuarial sciences and became an actuary AG some years later. He later also worked as an actuary and managing director at Willis Towers Watson.

Societal relevance? Everyone has a pension yet few people really understand what it means

After more than twenty years as an actuary in a consulting role Jeroen was looking for a change. “The consulting component in the work was nice, but I wanted to apply my skills in a different position. When the function of general manager of the AG&AI became available I did not hesitate and applied for the job.”

This career move meant in no way that Jeroen was less involved in societal challenges in the actuarial domain. On the contrary. In his current position he has more influence on such debates: “If I have an opinion on something, for example the degree to which AG should be present in political debates, I can actually try to do something about it.” AG contributes to many debates on pensions and insurance both when asked by, for example, the government, as well as on own initiative. Jeroen: “Last year we published a report on the hybrid system for disability allowance. The same day, members of Parliament asked questions during so called question time in the House of Representatives. The work that we do as actuaries and at AG is relevant to the public for the simple reason that everyone has a pension and nobody understands anything about it.”

One of the responsibilities of AG is not only to connect actuaries and knowledge but also to keep all actuaries on the forefronts of the field. With more and more data becoming available the traditional concept of insurance is under pressure. In that concept, the population of an insurer is split into several homogeneous risk groups, where everyone in the same group is assumed to have the same risk and hence pays a similar premium. However with more and more data available, more individual risk estimates are possible. Jeroen: “Suppose someone receives a disability allowance due to a chronic back injury but the insurance company finds out that this person is posting pictures of a kitesurf holiday in Curaçao on Facebook. This is of course strange, but the question is whether or not the insurer can use that particular piece of data? On the one hand, it is private information, only intended to be seen by friends on Facebook. On the other hand, most people find it acceptable that this example raises questions at the insurance company. If we are moving more and more towards individual premium, the case where n=1, what are the consequences? If I know that you smoke and eat unhealthy, while I do not, should we pay the same premium? Most insurance systems are built on solidarity, but should I show solidarity to you in this case? Those are all important questions for which we do not have an immediate answer.”

This led us to asking Jeroen about the future of the profession of actuary. It has often been said that due to technological advancements, many jobs will cease to exist. “Two out of three children who are currently in primary school will work in a profession that does not even exist yet. Professions that were popular five years ago, might not even exist five years from now.” Jeroen also mentions the advancements of robots: “Traditional work might disappear, but work involving humans will not. And we must not forget that new jobs will arise as well.” The profession of actuary is certainly one with a large human factor. “As a consultant I learned that most questions asked by clients were not actually the questions they really wanted an answer to. An actuary must therefore have good communication skills to find out the real underlying question.” To facilitate that, all actuaries AG receive communication and soft skills trainings facilitated by, for instance, AI. Hence, if you are interested in becoming an actuary you of course need quantitative skills, but being socially involved and having communication skills are just as important.

What will the future bring for actuaries? Jeroen: “In ten years, I hope 25% is working in non-traditional actuary areas. Furthermore, I hope for an increase in actuaries working in education, more actuaries in management functions and of course in the field of big data, for example HR analytics.” Actuarial sciences is a practical science, as opposed to a more ‘theoretical’ science such as econometrics. As a study of risks and certainties it can basically be applied to anything. “I see only opportunities. There are, of course, also threats, but with the right education and knowledge you will be able to respond optimally.”