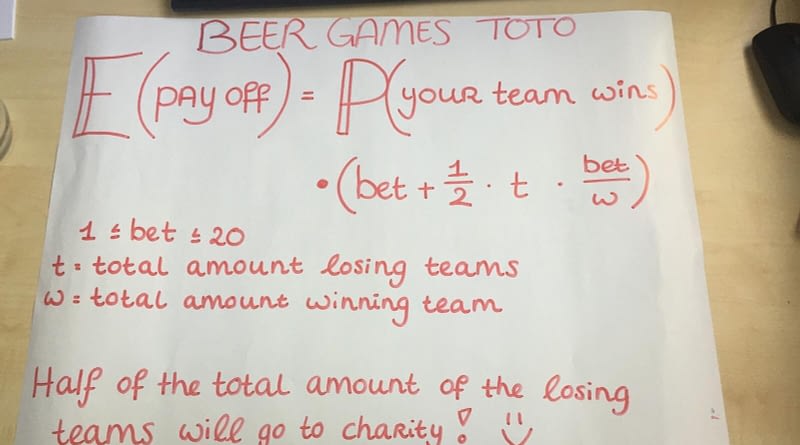 We knew that we needed our members to collect some money, to give back to the society. The question we had to ask ourselves was: “In which way would we maximize our utility?”. Since you can find every econometrician at least once a week in front of ‘het radje’ at ‘De Boekanier’, we knew that introducing ‘het radje van EfS’ would be a great hit! Of course we had to make a list of all our prizes. We, as the committee, contacted all kinds of businesses with some great results. Voltage sponsored some vouchers worth of € 50,00 (!), Cafe Bolle sponsored some beers and Happy Italy sponsored some free meals and many more! For just € 5,00, you could spin the wheel and win these great prizes.

“Selling food!”, is what we thought next during a meeting. Everybody loves food, so this cannot be a problem. That is why we sold more than 80 of our famous “broodje knakworst” during one of our monthly drinks. Since this was a great success, we decided to sell more stuff (next to our ‘radje’). Because AMW (Active Members Weekend) was just in a few weeks, we asked the committee if we could use their event to contribute to society. During this weekend it is hard to use our ‘radje’, that is why we sold some boxes of Flugel during AMW. With a simple dash system people could buy these delicious treats. I liked these little duck drinks so much, I ended up buying almost half of them. All of this resulted in a great weekend.

One of the next iconic events of Asset | Econometrics was the Beer Games Drink. During this monthly drink, teams compete with each other to be the best at drinking their beers in one go. These teams have to follow a ladder competition, so every team can lose at every time. That’s why we made a Toto. Here, you could bet on a team, with your corresponding expected payoff. Some members placed a bet on their team, or especially on another team since they didn’t have confidence in their own team.

After all these successful events, we had the opportunity to organise an event ourselves. That is why we contacted the Kievitshorst, a retirement home in Tilburg. We wanted to organise an event together with them. This resulted in a lovely walk with the elderly living there, with more than 20 Econometricians, through the Warande. We stopped at the petting zoo, where we had the choice of various pastries with a cup of tea or coffee. Seeing all these elderly smile, that is why we do this.

During our year, we also made plans for the future, that’s why we contacted “Sint in Tilburg”. So the committee of this year has the opportunity to organize an event even in the first semester! We already discussed some lovely ideas, but it’s up to the next committee what to organize.

All in all, I want to thank the entire committee for last year. We have achieved some very nice results, which we made from scratch. In addition, we have given the next committee a good foundation for the upcoming academic year. Because of this, we are very curious to see what the committee will manage to achieve in this upcoming year. 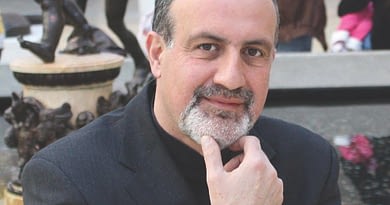 Interview with the Hottest Thinker in the World