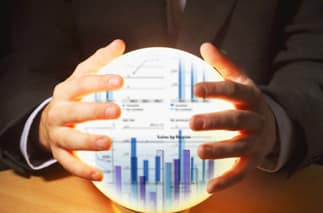 Before we can estimate a mortality model and use that to make mortality projections, we need to define some variables. Let Dt,x be the number of deaths aged x in calendar year t and the average population aged x during calendar year t be Et,x.(the exposure), with x ∈ {x1, … , xN} and t ∈ {1, …, T}. Further, define the death rate mt,x­ = Dt,x/Et,x.

Lee and Carter [1992] introduced the first stochastic mortality model. The death rates are assumed to be a function of two age effects (βix) and one period effect (κ2t):

Given these restrictions, β1x equals the average and log)mortality rate for age x. The product of β2x and κ2t denotes the age-dependent change in mortality. Lee and Carter use a random walk with drift process (RWD) to project the time series . Projections of κ2t are used to construct mortality rate projections. The process is specified by:

Given a time series , we can estimate the drift parameter δ as follows

The random walk with drift model defined in (2) is the model that is most commonly used to project period effects in mortality models. From (3) it is clear that δ^ and the resulting projections of κt for t > T can strongly depend on the calibration period. Therefore, projected mortality changes can also strongly depend on the calibration period. Figure 1 shows the estimated time series κt for different calibration methods as well as projections based on a range of periods using the RWD model. This figure indicates that it is not likely that the drift parameter is constant over time.

In the standard RWD model the drift parameter δ is constant over time. In our model this parameter is constant during a certain period of time, but may differ from period to period. This can be shown as follows:

We cannot estimate these parameters simultaneously. Therefore, we estimate one parameter at a time while keeping all others fixed,

Given the number of structural changes (m) and the break points (ti), we can estimate the drift parameters δi by minimizing the sum of squared residuals (SSR):

Since we do not know the break points in advance we have to estimate these. Given m, we can calculate the SSR for all combinations . The combination of break points that lead to the smallest SSR is considered optimal.

To determine the optimal number of structural changes, we use the Bayesian Information Criterion (BIC). The BIC provides a way to determine the quality of a model in terms of fit and the number of parameters needed to obtain the fit:

In this article we estimate the time-dependent RWD for m ∈ {0, …, 5} and compute the corresponding BIC(m) . The optimal number of structural changes (m*), is then determined as

Given the framework above, we can estimate the RWD model with a time-dependent drift parameter. Using the latest drift δ^m+1 and the last observation κt we can simulate the period effect and project mortality rates. In the following paragraph we illustrate this using the Lee-Carter model.

Structural changes in the Lee-Carter model

In this example we look at Dutch males aged 60-89. For the calibration period 1960-2008, the estimated period effect is shown in the top left graph in Figure 1. For this dataset it seems unlikely that the drift parameter is constant over the entire period; there seem to be structural changes around the years 1970 and 2000. Figure 2 shows the first differences of the time series (Δκt = κt – κt-1), and the average appears to be non-constant which indicates a time-dependent drift. The bottom left graph in Figure 1 shows the projected time series. The black lines show the projection when structural changes are not taken into account. This projection does not connect well with the historical observations.

When a model is estimated on a historical dataset in order to make projections, it is of great importance to investigate whether the parameters are constant over time. This article describes a way in which structural changes can be identified within a dataset. We illustrate this method using the Lee-Carter model, and we show that mortality projections based on the latest mortality trend connect better with recent observations than when structural changes are not allowed. Not allowing for structural changes would in this case lead to an underestimation of mortality improvements.

Frank van Berkum is a senior consultant at PwC and a PhD student at the University of Amsterdam. In case you have any questions regarding this article, or regarding working at PwC, you can contact him via frank.van.berkum@nl.pwc.com or +31 6 5395 8614.

[1] This article is based on the paper “The impact of multiple structural changes on mortality predictions” (http://dx.doi.org/10.1080/03461238.2014.987807, forthcoming in Scandinavian Actuarial Journal) by Frank van Berkum, Katrien Antonio and Michel Vellekoop, all affiliated with the University of Amsterdam. Antonio is also affiliated with the KU Leuven and Van Berkum and Vellekoop are also affiliated with Netspar.
[2] References are available upon request by the author (f.vanberkum@uva.nl).
[3] See our online article for back testing results; these confirm the necessity of allowing for multiple structural changes.